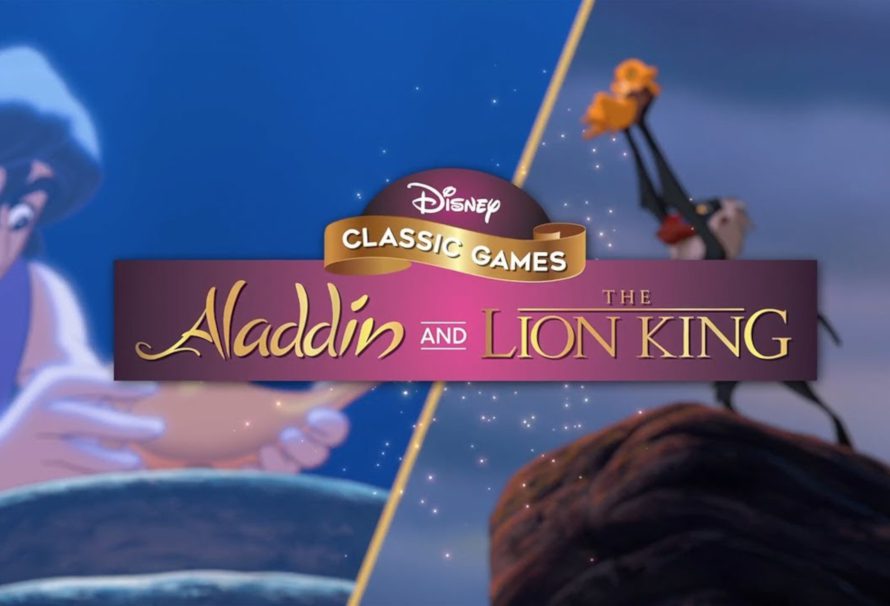 It used to be that any film that was released inevitably had a game tie-in. It was just the way things were, it meant that there was massive waves of film-based gaming to do, and not all of it was terrible. Actually, some of the games were genuinely great, or at least they felt great at the time.

While it’s easy to look back fondly on the games we played as kids, they don’t always stack up very well. Well, Disney is hoping that’s not the case with the upcoming release of Disney Classic Games: Aladdin and The Lion King.

There are a few really cool features regarding both of these classic platformers too. For starters, they’ve been given that beautiful graphical enhancement so they’ll look good on your fancy modern TV. That means you can play them while they look as shiny as possible, but if that doesn’t suit your tastes, then there’s good news. You can actually apply a filter that makes it look as though you’re playing using a CRT TV, or even some other kind of old-school relic. Good news if you like feeling as though you need glasses but could also afford a house.

On top of these visual things, the collection comes with a new “Final Cut” version of Aladdin, which has been tinkered with to make it a better experience as well as apparently adding in some new surprises. This could well be enough of a reason for some people to jump into a whole new world.

Behind the Scenes Extras

If you prefer a more historical approach to things, then you’ll be keen on the Museum mode, which lets you view interviews with the original teams as well as looking at loads of pictures and concept art for the games that have never previously been released. Plus, if you’re less interested in playing the games than watching them, you can watch a full walkthrough of the games. You can then jump in at any point you want, which allows you to skip bits you simply can’t do or don’t want to do. It’s a very modern convenience for a rather old set of games.

It’s a very fancy collection, and each game actually has multiple versions too. That means that if you fondly remember the Sega versions of the games, then you’ll be able to stick your nose up at the Nintendo versions – like some kind of heathen. It’s a great way of doing this style of release though, and all of the additional content is sure to entice fans both new and old.

Plus, it’s not even that far away. If you just can’t wait to be king, then you’ll be happy to know that the Disney Classic Games collection has already released on PC, PS4, Xbox One, and Switch as of October 29th. Which is not the spookiest day of the year, and is therefore unlikely to cost you your soul. Good news all around.