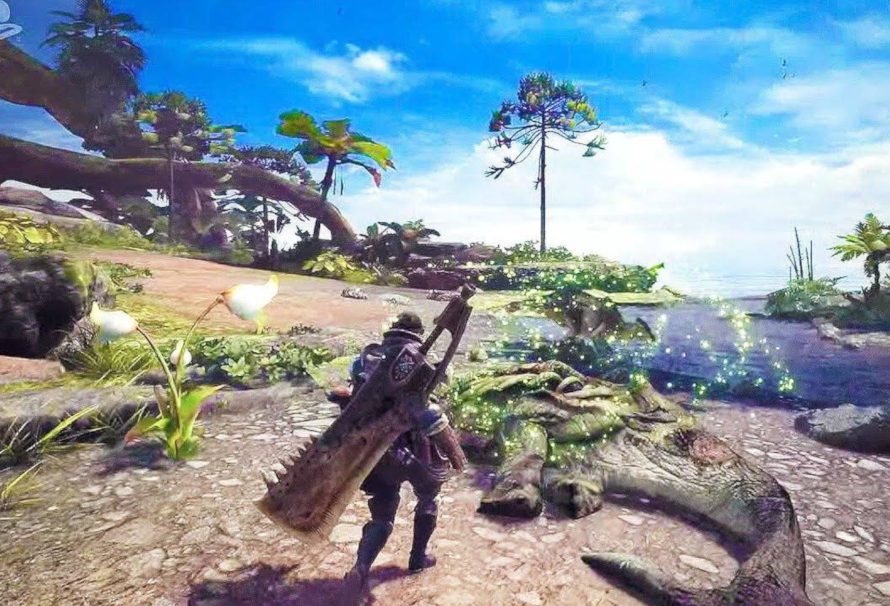 Players enjoying Monster Hunter: World on PC will no doubt be waiting in absolute agony for the release of Iceborne, the tundra-themed critically-acclaimed expansion that brought greater depth, extra content and most importantly, more monsters to the base game on consoles earlier this year when it launched for PS4 and Xbox One on September 6.

Last week it was finally revealed that Monster Hunter World: Iceborne will finally arrive on PC in the new year on January 9th, 2020, which has made a lot of hunters very happy. If you’re new to the franchise that has recently gained serious mainstream attention with the release of World, you might want to consider picking up Monster Hunter: World and giving it a whirl before the blizzard that is Iceborne strikes you down.

Time to catch up

Monster Hunter: World is a lot of fun, especially if you like a challenge, and there’s plenty of that waiting for you if you decide to take the plunge. Crucially, if you want to play Iceborne when that comes out, you’ve got your work cut out for you. The expansion is gated by Hunter Rank, and you need to hit level 16 if you want to take on the big scaly boys of Iceborne. This means you should work through the campaign in World whilst you wait for the expansion to come to PC. It could be worse… it’s a whole lot of fun, especially with friends. Even so, if you’re a World player still hovering below the necessary rank, think about hopping on for a few hours to boost up and get ready for the snowfall.

Despite being Capcom’s best-selling game of all time (seriously) it’s fair to say that Monster Hunter: World is still quite inaccessible for a newbie with no experience of the franchise. There are some handy tutorials and arenas to practice in that will get you up to speed, but the joy of Monster Hunter World is usually wrapped up in engaging with the community and going on your first probing hunts in the wild. There’s really nothing like it. Head over to the Monster Hunter: World subreddit or seek out the appropriate Discord groups (there’s plenty) so you can introduce yourself and join the hunt with some fellow fresh starters. There should be plenty of new blood with Iceborne approaching soon, so take advantage of the influx of players and get the hunting party started.

Unlike your console brethren, you won’t be going in blind with Iceborne. Console players have at this point mapped out all of the stats and tactics necessary to take on the beasts of Iceborne, setting out new build guides and mapping out every nook and cranny of Hoarfrost Reach. This means that you can really get into the meta side of things and experiment with different builds.

Think about how you’re going to approach those vicious beasts when they arrive and start grinding now so you can be ready in January. It’s also worthwhile playing through the story to receive the context necessary to understand the narrative, which is already a rip-roaring good time.