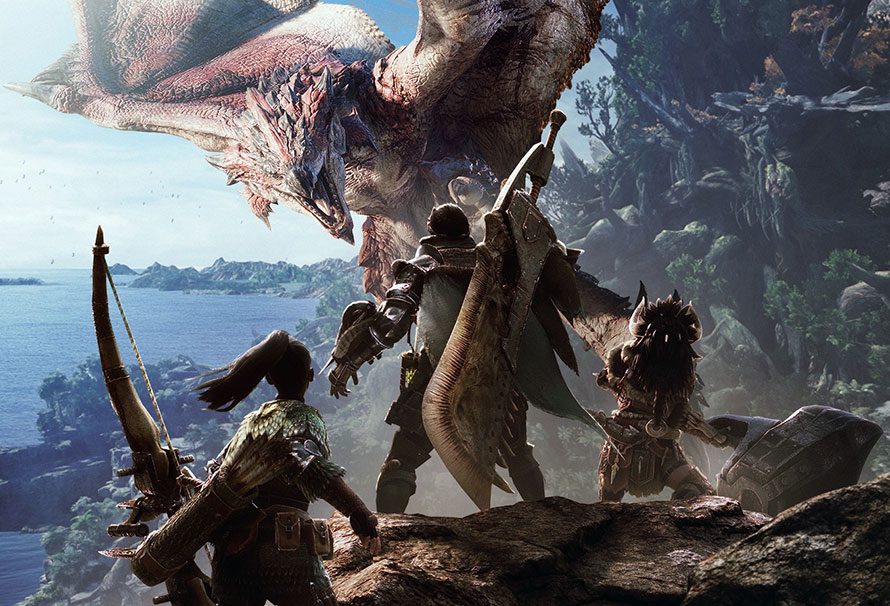 Monster Hunter World is finally coming to PC after its release for Playstation 4 and Xbox One back in January. We want you to be ready for it, so we’ve got the low down on it’s release, PC requirements, weapons and editions available here at Green Man Gaming.

With a succesful console release behind it, Monster Hunter: World’s Iceborne DLC has set its sights for a PC release on January 9th 2020.

As with the console version you will need to have a copy of the base game, and be Hunter Rank 16 to access the DLC content. All content will be the same as the console release. You can pick up the base game Monster Hunter: World on Green Man Gaming now and pre-order the Iceborne DLC as well. There are two versions available on the store for the DLC, the standard edition pre-order includes the Yukumo Layered Armor set with the Deluxe Edition also including the following:

With the announcement of the new Iceborne DLC, players will head to the Tundra, complete with Terrible ice beasts and new weapons. The DLC story trailer features plenty of monster infighting and beast migration – the story was never the most important part of World but it’s nice to see efforts to expand upon the lore. There’s also some gnarly mounted raptor-riding in the trailer and some platforming stunts for the adrenaline-chasers.

Monster Hunter World: Iceborne is currently looking at a September 6 release for PS4 and Xbox One, with PC coming later down the line.

Monster Hunter World PC will be available on PC, August 9th after its console release earlier this year in January. It was confirmed by Capcom through their Monster Hunter World Steam Page and its the first game from its series to be released for PC!

Thus, Green Man Gaming, is offering two editions for the PC to Pre-Purchase before its release, please check below.

Additional Notes: Mouse, keyboard and game pads (both DirectInput and XInput) are supported.

Target：Mouse, keyboard and game pads (both DirectInput and XInput) are supported.

There are 14 weapon types in total, and if you’re new, then I’ll have you know that changing weapons maybe simple to begin with but I’d recommend you using the ‘training room’ to test all 14 out so that you can decide which is best suited to your fighting style. Later, however isn’t as simple, if you invest material etc into your weapons, some upgrades require some rare finds, so you don’t want to waste them!

Here are the 14 different types as voted by the community based off of what they used.

Personally I use the Hammer, although heavy and slow moving, I hit very hard even at the beginning of the game, some might say its majorly OP, but given the movement of your character with the Hammer, the high damage is needed. You can still roll the same as everyone else, so I prefer doing that and then getting my little damage in and rolling back away, but beware you’ll be rolling an awful lot!

The sword and shield is balanced, mobile and great for beginners, it allows for the player to use items while their weapons are drawn.

The dual blades can overwhelm monsters with a flurry of attacks. Demon mode allows the player to release high octane assault.

The long sword lacks in mobility, but can deliver devastating attacks, its charged attacks can deal heavy damage to any monster.

The long sword is a nimble weapon capable of extended combos. Its spirit blade has the ability to raise its wielders attack power.

The hammer is a blunt weapon use to smash monsters with powerful blows. Using it to bludgeon monsters over the head can stun them.

The hunting horn is an easy to handle support weapon with long reach. It can provide status buffs to the whole party with its melodies.

The lance boasts strong offensive and defensive capabilities. It allows hunters to move around while keeping there guard up.

the gunlance offer high offensive power thanks to its ability to fire shells. Its slew of shelling attacks can keep monsters at bay.

The switchaxe can transform from a long reaching axe and a swift sword. The swords element discharge can deal massive damage.

The bow is a ranged weapon that can rain down an array of arrows upon the monsters. Hunters can inflict various ailments with arrow coatings.

The light bowgun is a long-range weapon that specializes in high mobility and rapid fire. unique ammo such as Wyvernblast is great for supporting allies.

The heavy bowgun is capable of inflicting massive damage with its high powered shots. Players of this weapon can use powerful ammo such as, Wyvernsnipe and Wyvernheart.

Well, I hope you PC gamers are ready, its a lot to take in and a lot of grinding will be needed to get your weapon into the best levels, as well as your armour but thats way too many to discuss on here. Like I say make sure to make use of your training room in your barracks with ALL weapons but if you can’t be bothered, take a look at this video that gives you the run down of each weapon and what kind of gamer they best suit.