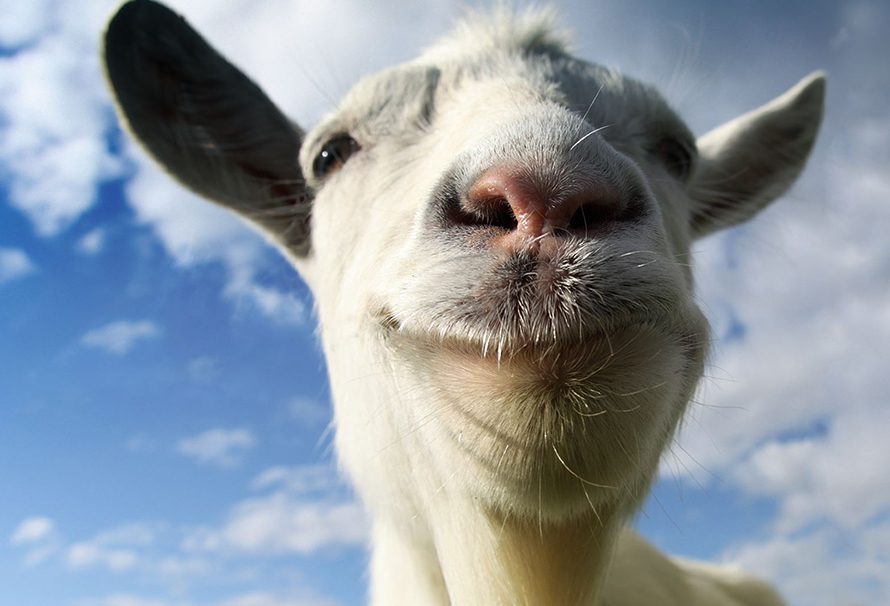 Firstly, I love goats. For my birthday last year I visited the Bucks Goat Centre and it was quite possibly one of the best days of my adult life, for real. So when I see an email drop into my inbox informing me that Green Man Gaming have just set the new Goat Simulator DLC, Waste of Space, live on our website my mind slightly imploded. At first I thought it was a joke, which I guess it is really. Then I did some investigative work and found some reviews & Twitch play throughs. That was the moment I realised that I had to get this game into my life…

The first 10 minutes of being a goat were somewhat turbulent. I struggled to get to grips with the controls and at the start managed to spend a good amount of time just staring straight up at the sky. But then once I figured out how to just look forward and run I was on a roll, causing chaos and destruction in the small world I was now living in.  And what a world it is. I can lick things, I can blow up gas stations, I can become a goat king and I can randomly collapse on the floor for no reason. What’s not to love?

Well it just gets better because as you trot around and destroy things, which I think is the general gist of the game, you gain points and can unlock new shiny goats, some of which are not even goats, they’re even better… TALL GOATS! (aka giraffes). So here I am, graciously gallivanting around this weird and wonderful world and I am a giraffe. What will be my first accomplishment as a giraffe? I will ride a bike. Why? Well, because I can.

It’s these quirky features that make me fall in love with this game. There are some horrendous bugs (like getting legit stuck in a wall), the graphics are very suspect and the physics just plain don’t make sense sometimes, but none of that seems to matter when you’re climbing 250ft up a crane, head lolling about the whole way, just to jump off the top and land on a passing biplane so you can be the wild and free goat you were always meant to be.

Although it’s a relatively small world there is still plenty of fun stuff crammed in and some interesting surprises to discover as you explore, trot and leap around the map. The sound effects and music add to the stupidity of it all and I love that you can’t really die, because to be honest that really stresses me out and this game is anything but stressful (unless you think jumping on a trampoline and flying with a jetpack is stressful).  Despite the complete absurdity of Goat Simulator it has become a bizarre success and there have been 4 more expansions released since the original came out on 1st April 2014. So I feel like my Goat Simulator journey has only really just begun, which is wonderful news because I had a baa-rilliant time playing it and can’t wait for more lunacy and nonsense.

Charlie is pretty new to the gaming world but is all about community spirit. She loves multiplayer games, watching streams and learning new things about the different types of games out today. Charlie loves going to events like EGX and Insomnia, organising the Green Man Gaming community and diving headfirst into the world of gaming.