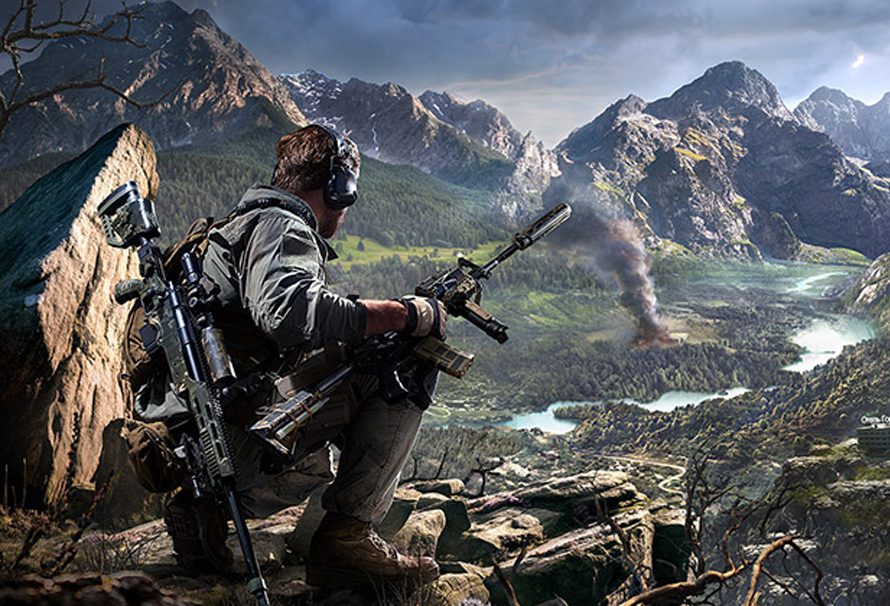 Sniper Ghost Warrior 3 is right around the corner! In celebration of the 3rd instalment of the game we thought it would be a great idea to come up with the definitive list of the best Snipers, Ghosts and Warriors in video games. Without further-a-do, here is our list!

Here is our top 4 Snipers in games. The highly accurate marks people know their way around a gun or two. Be warned, once you are caught in their sights there is no where to run!

You may remember Karl from famous sniper rifle related video games such as Sniper Elite, Sniper Elite 2 and Sniper Elite 3! He is an expert when it comes to the scoped, long range ballistic weapon. He has single handedly stopped the V-2 missile from destroying London and killed Hitler! Oh, and he is a really good with a Sniper Rifle.

For those of you who are unfamiliar with the first Metal Gear Solid game, Sniper Wolf is a highly superior marks woman whose Sniper skill is second to none. Solid Snake has quite the task on his hands by taking her out not once, but twice! Possibly one of the best boss battles in the first MGS is against Sniper Wolf in my opinion.

Note: We would have included ‘The End’ form MGS 3 Snake Eater, but it took us way too long to write this article and he subsequently died of old age…

Mordecai is an expert marksman, to the point he won a marksman competition single handedly with a hand gun whilst the other competitors were using sniper rifles. He also has his pet bird/bat/vulture Blood Wing, who is damn handy when Mordecai is caught in a pinch.

The hero from Sniper Ghost Warrior 3, Jonathan North is an expert Sniper whose amazing accuracy and skill are pretty much unmatched. He is an ex US marine who skills include, snipers marksmanship, stealth and expert combat skill on the field.

The easiest thing to do here is to list our favourite Ghosts, such as that dude from Murdered Soul Suspect or Slimer (if you haven’t played Ghostbusters the Video Game then stop what you are doing now and GO PLAY IT!). However, we need to be in keeping with the Sniper Ghost Warrior theme, meaning we will be referencing characters who are exceptionally good at stealth. Check the list out below.

The highly renowned special forces operative known as Big Boss, is a mercenary commander and the founder of FOXHOUND, a U.S. Army Special Forces Unit. He is highly proficient in stealth and close quarters combat. He was so good in the field that he was cloned!

Agent 47 is your number one assassin should you need a job done quickly and cleanly. He has an unparalleled level of skill when it comes to assassination and stealth, so much so that when he defected from the agency he worked for, his ex-bosses took no time to try finish him once and for all. He also has an extensive collection of outfits which are perfect for any occasion.

Garrett is a master thief who has the tools for any situation! Garrett was trained by the Keepers who observe and maintain stability in The City. Once trained however Garrett left to continue being a thief. Fun fact: The Woodsie Lord plucked out one of his eyes. he now has a mechanical prosthetic which was created by the Hammerites.

A man of many talents, Jonathan North has a high level of Stealth skill. As an ex-US marine he has the expert training needed to covertly take out his enemies silently and cleanly. He also has great skill with a Sniper Rifle which does come in handy every now and again.

These characters are your battle hardened elite. They get things done with brute force and skill, who needs stealth and sniping when you can simply just destroy your opponent on the battlefield? Here are our best warriors!

Hellscream has been dubbed as Heathstone’s Master Of War! He is a former Warchief of the horde and will stop at nothing to defeat his enemies on the battle ground, usually using a combination of a blood curdling battle cry and brute strength. His Hearthstone has is so fearsome it has even made the most battle hardened gamers weep.

Chapter Master of the Blood Ravens, Gabriel is a battle hardened Space Marine who has seen his fair share of war. Wielding his legendary Daemonhammer the God-Splitter, this Blood Raven leader will stop at nothing to destroy his enemies and become victorious!

One of the most deadliest vikings to grace the battlefield of For Honor, the Berserker has an in for face fighting style that is unavoidable and dominating in battle! The Berserker loves fighting so much he doesn’t even need a shield and will run straight into battle with nothing but hand axe’s and adrenaline.

Jonathan North’s skill on the battlefield is just on another level. Being an ex-US marine comes with many skills, such as stealth, sniping and expert battle ground tactics. Many of his enemies cower at the very mention of his name and his next mission is to single handedly restore peace to the country of Georgia.

So there you have it, our best Snipers, Ghosts and Warriors in video games! Is there anyone we have missed? Let us know in the comment section below.