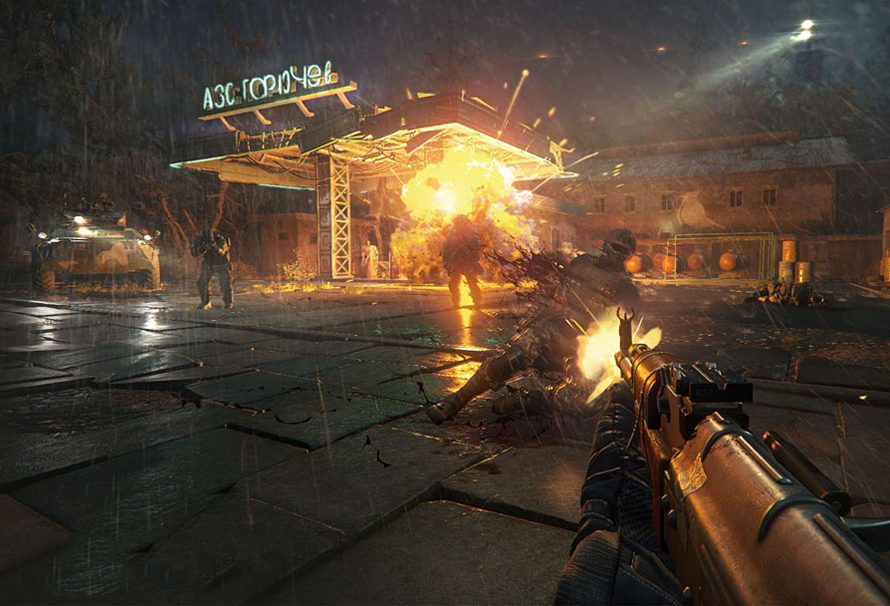 Sniper Ghost Warrior 3 is coming out on the 25th of April! It promises a wide open world for you to approach objectives in the manner you choose, as a ghost, stealthing your way in everywhere, as a sniper, taking your battle long distance, or as a warrior, getting up close and personal!

It got me thinking though, what are my favourite open world shooters? So…list…time….GO!

Jason Brodie is a douchebag who experiences some weird stuff on an island, and also has bit of…family misfortune go down while on holiday there. Far Cry 3 has some of the best outposts in video games, and a beautiful world to support your roaring rampage mission of revenge over the entire island. It allows you to scope out your targets, plan your attack, and gives you enough tools to deal with a situation when it inevitably goes wrong. Combine that with a storyline that I just *love* (I’m probably the only person who can say that) and Far Cry 3 rates as one of my favourite open world shooters.

OK, look, just ignore the bit where aliens turn up, and focus on the first half. You’re a soldier in a super-suit, smashing Koreans up with your super powers (and guns), and tossing chickens about like there’s no tomorrow. It was really one of the first games that let you approach things your own way, because you could stealth your way into situations but also you could jump into the middle of a battalion, smash everything up, then leap out again. The first part of Crysis is a brilliant game, it’s just a shame that the tonal shift wasn’t for me!

If you like enemies that explode like a pinata made of guns, then you’ll love Borderlands 2. One of the best co-op experiences to be had, Borderlands 2 lets you loose in a bigger world than the first one, and lets you do it with more vehicles, more enemies, more guns, more…more! Also you don’t have fall damage, something ESSENTIAL for hilarity in open worlds with your mates. Everything from the art style to the writing makes it clear you are here for FUN.

Also Tiny Tina is the best character in video games thanks for reading.

Despite Fallout 3 being first person and open world, it wasn’t that much of a shooter, as the combat mechanics were still largely decided by your weapon skills. Fallout 4 is still obviously an rpg, but it can be played much more shooter-ish than previous instalments. Fallout 4 gives you true freedom, you can shoot anyone in the game, or nearly anyone. Don’t like how someone’s talking to you? Blam. Don’t like their hat? Blam. Want their clothes? Blam. Bored? BLAM BLAM BLAM BLAM BLAM.

Forget megatextures, even though they’re pretty they didn’t make the impact on the gaming scheme that Id and Carmack thought they would. The joy in Rage comes from the quality of the guns and that the shooting is just top notch, each gun being a masterclass in BANG. The open world helps too, providing a beautiful backdrop to your post-apocalyptic adventures. It feels like a more serious Borderlands at times, but that’s no bad thing!

Right, first thing first. I’m not typing that out again, so I’m just going to call it STALKER.

STALKER is all about the systems and the atmosphere. The game is set in post-Chernobyl Ukraine, in the area around the reactor where things have been going…strange…for a while. While later games in the series fix some of the issues that the first might have, nothing beats the original for just pure atmosphere. The systems too are something to marvel at, I remember my first time playing this game, getting out my binoculars and just watching two sets of opposing factions fight it out on a distant hill. It really sells that you’re not the centre of the universe, that it exists without you.

It’s a shooter and the shooting has some good guns, good variety of guns, and nice explosions. But what really sets Red Faction: Guerilla apart is that you can blow up each and every building on the map. And you do. For profit, and fun. It did something that no game had done previously and no game has really attempted since, and that’s make everything completely destructible. You can take your hammer to buildings, or lay demolition charges, or even use alien weaponry that dissolves things. Any of it works, and it’s all MAXIMUM DESTRUCTION.

The newest game on this list, this game transports you to the mysterious planet of Tölva where you’re on the hunt for the eponymous signal. You’re in a robot body, and this game takes some of its systems from STALKER, with you taking control of a faction and helping them take over the map in a systems-led faction war. It also has something of the Proteus about it, especially when the sun is rising, your robot feet are planted deep in the fecund earth, alien birds take wing above you, and the soundtrack oozes up around you. It’s a peaceful world, Tölva is, but also a world you can SHOOT AT with LASER GUNS.

‘Fallout with bows’, Oblivion sets you loose across the Imperial Province of Cyrodil and lets you set your own path through the entire world. Whilst some people might gravitate towards swords or magic, they’re an unrefined lot, and really it’s the bow that is the choice of the refined gamer. Sight your enemies from miles away, aim, and let the arrows fly. It’s maybe not a ‘shooter’, but you can try to play it like one. And your enemies won’t know what hit them!