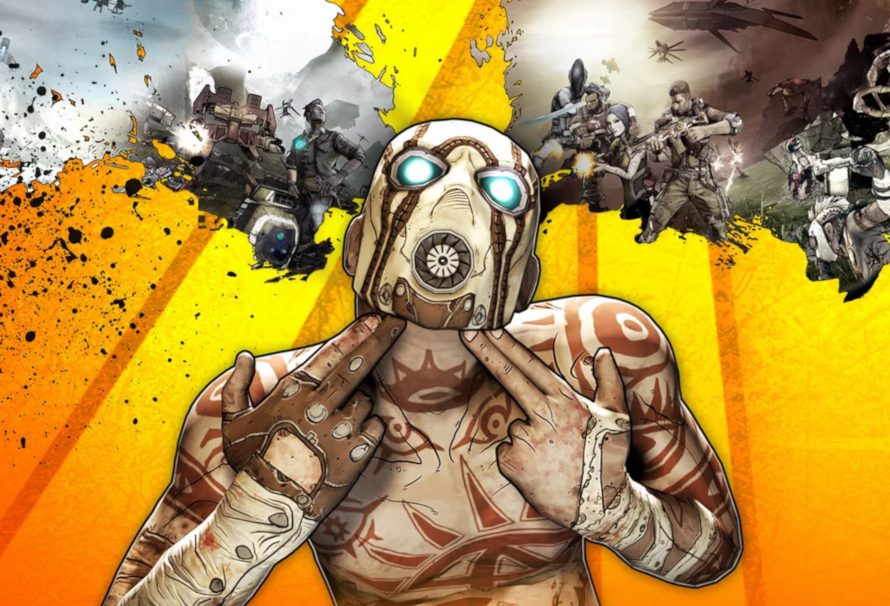 A mysterious alien race known as the Eridians were the first settlers of the known universe. They left behind advanced technology in vaults, way beyond anything humanity had come up with in the modern era.

Weapons manufacturers eventually find out about the Eridian Vaults and start settling new planets and moons in an attempt to have dominion over the riches.

The four original Vault Hunters, Roland, Mordecai, Brick and Lilith start their adventure in the town of Fyrestone, pushed along by the voice of a siren known as Angel.  The disgruntled former employees of the weapon manufacturers have transformed Pandora into a playground of chaos that the main characters have to push through to pick up the pieces of the Vault key, which will allow them access to the unknown Eridian riches.

Along the way, they meet Patricia Tannis, an archaeologist who warns of the vault opening very soon. She is kidnapped by the Crimson Lance, a militia backed by the Atlas corporation who are also trying to open the vault.

Eventually, the hunters rescue Tannis, push through a defending army of Eridians and arrive at the vault with the key fragments. The leader of the Crimson Lance Commandant Steele opens the vault and is killed by the eldritch monster inside. Meanwhile, the hunters dispatch of the tentacled foe and reap the riches.

In the DLC, the Vault Hunters wipe out the remainder of the Crimson Lance with the help of a former employee, Athena.

Athena stars in this game alongside Nisha, Claptrap and Wilhelm. It came out after Borderlands 2 but it’s set before it! The new team head out to help an endearing, low-ranking Hyperion engineer known as Jack on the moon base of Helios.

The team enable Jack’s descent into madness as they wipe out the Lost Legion, search for the vault and build an army. Defying Roland and Lilith from the first game, they reach the vault and Jack picks up an illuminating artefact depicting the awakening of a warrior and a new vault on Pandora. Lilith scars jack by breaking the artefact, and Jack loses the plot, becoming Handsome Jack, the nefarious leader of Hyperion and antagonist of Borderlands 2.

Over the course of the game, the new vault hunters rescue the old vault hunters (Lilith, Brick, Mordecai and Roland) and join a resistance movement against Hyperion known as the Crimson Raiders.

Handsome Jack uses Angel (remember her?) as a power source to charge the new vault key and unleash The Warrior seen in his vision. It’s revealed that she is his daughter, and the team are forced to dispatch of Angel to proceed.

The team later wipe out The Warrior and Jack himself, before Lilith reveals a galaxy map with multiple vaults to find. Oops! Looks like the job isn’t over just yet.

As well as most of the surviving cast of the previous games, four new hunters have entered the fold, Amara, FL4K, Moze and Zane will be the playable protagonists, who appear to be fighting against the evil Calypso Twins, the so-called Children of the Vault.

I’m sure we’ll find out more as we approach September 13, when Borderlands 3 drops on PlayStation 4, Xbox One and PC.