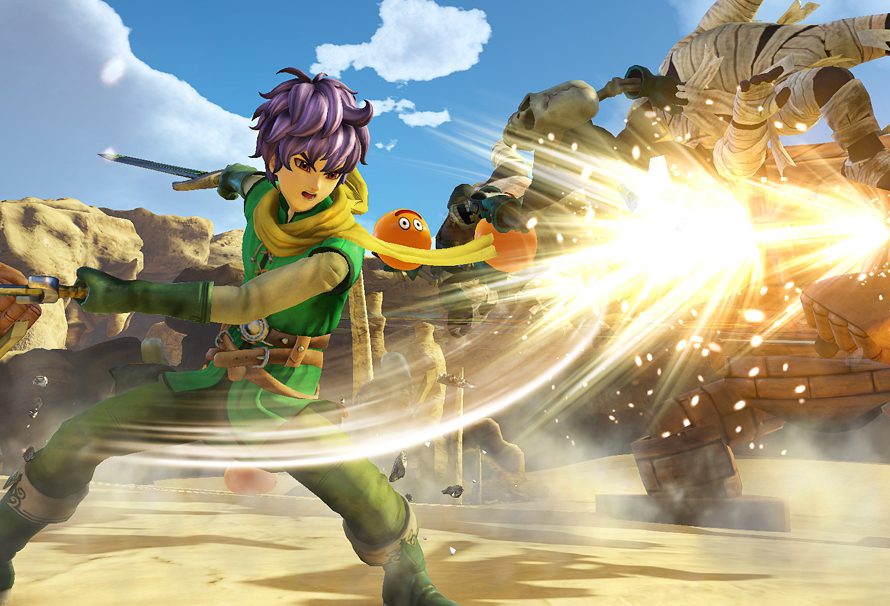 After scouring the far corners of the internet we can confirm that not much has been released about the game’s story. We can confirm however that the Seven Realms have been threatened by an unknown and mysterious force. It is up to players to jump into the shoes of Lazarel or Teresa to team up with characters from the Dragon Quest series in order to stop this force from devouring the land.

Dragon Quest Heroes II is full of expansive and diverse environments that are all interconnected. With a variety of microclimates such as icy tundras and lush forests, there is a whole land for players to explore without limits. Monsters and enemies will also roam freely across the land so players should be cautious whilst out and about, this in turn makes the world come alive making for a great place to explore and make your own stories.

Up to four players can partner up online and embark on the epic Dragon Quest Heroes II saga!

Whilst online players will be able to find Dimensional Dungeons, these are unique online co-op exclusive dungeons which a filled with high-level enemies and rare items. So if you are looking to quest with your friends during or after the main story quest then there is plenty here for you to do.

If this has whetted your appetite for Dragon Quest Heroes II you can grab the game from the Green Man Gaming store!