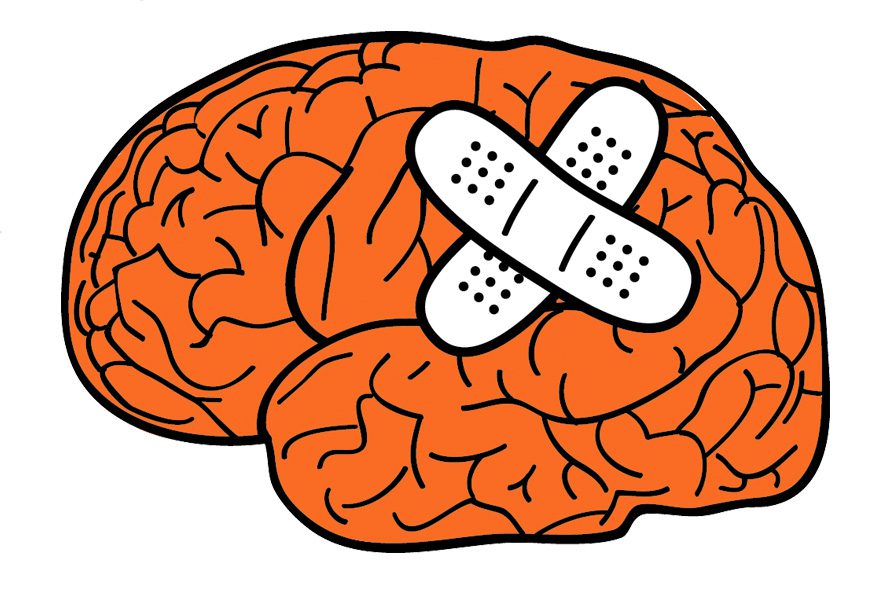 There’s a continuous discussion in the media about videogames and whether or not they’re a benefit or a hazard for people. Some would argue that videogames cause violence and exacerbate issues such as ADHD, however as continuous research has shown, these claims are often baseless.

However, one of the questions that hasn’t had much research put into it, is the question of whether or not videogames can be a net benefit for the player.

As it’s Mental Health Awareness week, we wanted to look into some cases where videogames have been used in ways to help people who experience issues with their mental health.

Note: This article is meant to highlight some of the positive experiences people who struggle with their mental health have had with videogames. Videogames are not a replacement for help from a trained medical professional.

One thing that is repeatedly highlighted is the alleged propensity for violent acts that videogames inspire, however, for those people who suffer after experiencing violence they have been found to be a boon. Veterans who experience issues adapting back to society have found in same cases that videogames can provide a stability to their lives whilst they work through issues. Videogames provide a safe world for some veterans, one where they understand the rules and where they can escape to when life itself is too much.

In addition to that, the structure and rules that games set in multiplayer environments mean that some veterans who find social interactions hard can use multiplayer to help them with social interactions. With objectives and set rules and match times, it means that these veterans who struggle so hard to deal with other people generally, can use this semi-rigid structure to provide talking points, to provide ways to communicate with each other, and to reach out to other human beings.

PTSD is an affliction that means you can end up stuck in the past, in a traumatic event. Your reactions can become fixed, your heart races, you sweat, you feel that fight-or-flight response to things that shouldn’t trigger that. Videogames have been shown to help treat PTSD for some sufferers, by providing a calming environment that is also engaging enough to draw attention away from the object or event.

Videogames, whilst not being a ‘cure’, can definitely help provide a stable place for PTSD sufferers or Veterans to explore whilst working on rejoining society.

Champions of the Shengha by BfB Labs is a game that mixes together a few different genres, but the most important thing is that it also monitors your heart rate. Through a biofeedback patch, the game actively tries to stress you out. It’s frenetic, involving drawing cards, playing them, and trying to keep your cool throughout. It doesn’t let up and it forces you to make snap judgements as your pulse skyrockets.

By monitoring your heart rate and by giving feedback about it, you’re encourage to keep your pulse and heart rate low. This has an effect on cognition as well, as by keeping yourself calm in body you’ll be calmer in mind as well. Panic and adrenaline sets in when your pulse is goes higher, and whilst the game provokes that it also has feedback loops that aim to try and help you control your breathing and your pulse.

The creators talk about how Champsion of the Shengha helps create a sense of staying calm under pressure, something that we all could usually use some help with, and especially if you struggle under pressure could be a way to train yourself in a safe environment.

Read more: Behind the tech of BfB Labs biofeedback card battler Champions of the Shengha

How Gaming Has Helped Me

This is more anecdotal rather than science led, but I would like to take a moment at the end of this article to talk about the times that gaming has helped me and my mental health.

I struggle with depression and self esteem issues, and I often find myself easily stressed and worried about things I can either not control, or things I’ve blown out of proportion.

Gaming for me is a refuge from both the world and from my own feelings. When I’m feeling hopeless or depressed, or if I’m stuck in a spiral of hating myself or worrying about life, games are always there and they always provide a space for me to escape into.

There’s a lot to be said for a distraction from your problems. Obviously problems still need to be dealt with, but you can’t spend every moment of every day worrying about your problems, especially when your problem is yourself. Videogames, like other forms of entertainment, give you an outlet, a taste of escapism. But more than that, they are actively engaging and can lead you into being more wholly subsumed by them whilst you’re playing. A film is engaging, a book is engaging, but nothing compares to a game for simply giving you something actively distracting.

It’s meant that, when I’ve been at my worst and I’ve struggled to do even basic tasks, videogames have got me through those periods. A lot of official advice is always ‘go for a walk’ and ‘do some exercise’ or ‘eat something healthy’, but frankly none of that has ever worked for me because when I’ve been feeling terrible, I’ve been unable to gather the energy to do any of those things. Videogames on the other hand require a low energy investment,  but have a high ceiling for pulling you in and distracting you.

Mental Health Awareness Week runs between the 14th-20th of May, and is hosted by the Mental Health Foundation.