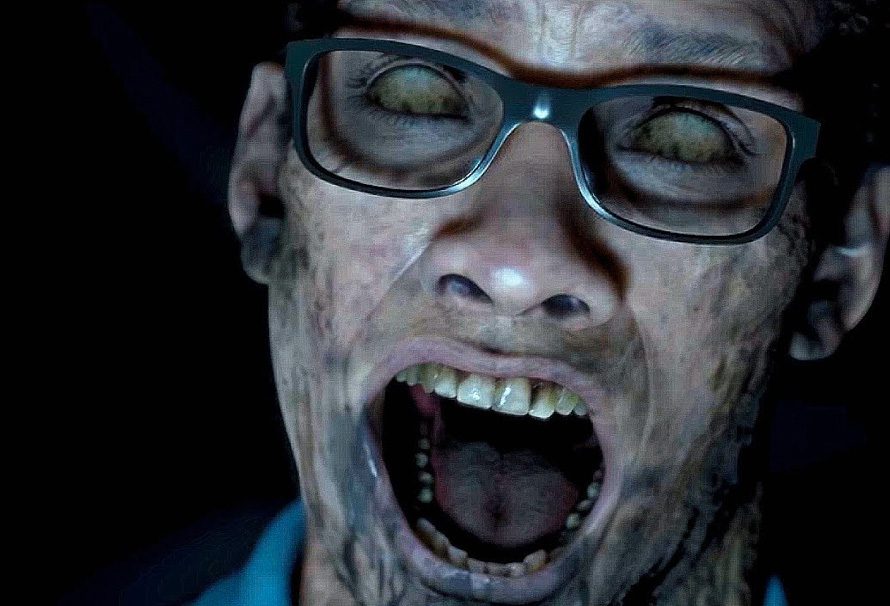 At EGX 2018 we sent roving reporter Jason Coles to meet with the people behind some of the most exciting upcoming games and get us some juicy scoops. You can see the others here, but meanwhile here’s his interview with Tom Heaton, game director behind Man of Medan:

So we are here with the Tom Heaton the game director behind Man of Medan which is part of the new horror anthology from Supermassive, the Dark Pictures. Why have you chosen an anthology rather than just a single game or a slew of sequels?

So with the anthology you’ve previously said that there would be a connecting theme, is that theme the different sub-genres of horror?

Yeah that’s what we kind of meant by that. They will all be horror. They will all be different sub-genres. We’ve got certain ways we connect them though, we ground the stories in things from the real world. That might be myths that they’ve heard of or folklore or an urban legend, so that’s one of the things we use. The different games, although they’re all unique stories and characters, they’ll have some similarities in the way they play. I think people will definitely be able to pick up one of the games in the anthology and immediately know it’s a Dark Pictures game and a Supermassive game.

Clearly you are all huge fans of horror, would you ever consider stepping away from that and doing a different genre instead?

When designing the games is there a specific emotion that you want the players to feel, do you want them to feel scared for the characters or exhilarated by the experience, what are you going for?

Absolutely that is a really important part of how we design them. So obviously we want to scare the players and that’s what they’ve come to us for. They’ve signed up for horror, they’re expecting to be scared and we have to make sure we deliver on that. There are lots of different ways of being scared though. Everything from a creeping terror through to all out jump scares and fear. So there are a lot of different types of being scared and we have to lead the player through those different stages of fear. We know that if you’re scared for too long then you kind of build up a tolerance to it, it stops having an effect. So we have to scare you and then take you right down again, give you time to relax and get comfortable before we slowly build it back up again because then you’re ready for another scare. It’s not the only emotion we are after though, in order to get the scares to really work we have to make you care about the characters. We have too give you some relief from the scares. So there is always some romance in there, some humour. We want to give you a broad array of entertainment, get you to relate to the characters and understand the problems they have. We strive to make very realistic characters, they’re not perfect, they’ve got faults, they’ve got hopes and ambitions and we want you to care about all of that, because that is when the scares work.

Are there any actors you haven’t worked with yet that you would like to?

We do have a list but I can’t really share it with you. I will say though that the reason we have a list is that those actors bring audience recognition which is really important but they also bring really strong performances. It is the performances that really make the game. So casting and getting the right actor, then letting that actor give the performance they want to give is a really important part of our process.

Part of the immersion is how good the graphics are, I assume these games just couldn’t have existed last generation, is VR something you are looking into working with more?

You’re definitely right, we couldn’t have done this last generation. We are pushing the current generation to its limits to get it to look this good. We have done VR horror games and it is something we are very interested in, but right now we are focussing on traditional TV style perspectives for these games for Dark Pictures.

During the Man of Medan demo the way that the character looks around as you’re moving makes it feel a lot like you are witnessing what they are doing rather than controlling them. How do you make sure that the player is scared given that level of detachment from the character?

Sometimes that can help with the scares actually. So we use these fixed cameras and allow the characters to move around. Sometimes in intense bits the camera is close like in films, so we are doing it for a specific result. Sometimes though when that character walks away from you that actually makes things more scary. It’s like a child walking away from you you’re not able to grab them and protect them from anything that is going wrong so that can really ramp up the tension.

One of the most interesting things in the demo is that you’ve got these zombies that dissolve into water, what was the inspiration of that almost dissolution of that scare?

Well the demo is from the middle of the game and that set piece, Fliss has no idea what’s going on, she’s just seen a dead body and then more dead bodies so things are spiralling out of control for her. You call them zombies, but I don’t think that is what Fliss would say, she’s just seen these bodies, and now they’re alive again. So she doesn’t know what’s happening it’s occurring to her that she’s on a ghost ship.

One of the most interesting aspects was that Danny is almost aware that he’s in a horror film. He says that the ship is cursed and those who die on the ship haunt it. What kind of reaction are you hoping that the players will get out of that?

That comes back to drawing on the real world stuff, so this is a ghost ship and the great things about these kind of ships is that there are so many legends and myths, mostly from the fisherman. Danny is a fisherman , they are a highly superstitious bunch because of the dangers of the job. So that is just one of the things that he’s heard since childhood. You die on the ship you stay on the ship, so suddenly it’s all become very real for him. So we are playing on the fears that the characters themselves have, how does Fliss feel about that, does she believe him or not? It all contributes to the mystery and the fear that we are trying to build.

At the very beginning of the demo you’ve got a decision between rational and emotional, does that impact the kind of scares that you deliver?

Well a lot of our decisions are framed between head or heart. There is no right answer to these, the game will play out no matter which one you choose. So it is more of a framing device for those different choices. Specifically though that chapter can start in a number of ways, it is a choice especially for the demo. It allows us to mess around with different starting conditions. In this case it helps decide if one of the characters is with you from the beginning or not.

Would you ever consider doing a linear story instead?

I don’t think that would work for us because one of our commitments is doing something that looks and feels like a film, but where the player is given some control and some interactions. As soon as you give the player some control then the story has to change, if they choose one thing it has to go one way, if they choose the other then it has to go another way. The narrative starts branching immediately, and once it starts branching it never stops. So all of our games will have heavily branching storylines.

Obviously by choosing to go into horror you run the risk of playing too much on tropes, how do you avoid relying on those too much?

Well we make sure we get to know the clichés and the tropes of the sub-genre really well. Sometimes we use them in a straight way and people laugh in a knowing way, sometimes we subvert them. If the trope leads you to believe that something is going to happen and it just doesn’t happen that way. It’s not just horror tropes though, we do the same with game clichés there’s a thing where games are very moralistic. They always want you to do the right thing, so you can always read the right thing and the wrong thing, most people try to do the right thing. So we try and take that certainty out of the choice. So something might look like the right thing but it will carry a lot of risk, like an immediate risk to your life. The other choice might be the wrong thing to do but it’s also the safe thing to do. We try to mix it up for the players.

With making an anthology, how do you plan on avoiding making your own tropes?

I think that’s just something we need to keep an eye on to keep things fresh. We have a different director for each game. So a number of them are in production at the same time so the core creative team is a little different. It’s just something we will look out for, you’ll find that the games in the anthology will be very different.

One last question that isn’t about the game, what is your favourite horror film?

Well I’ve got a lot of favourites, but the one that I tend to go back to is The Shining. I love The Shining, I think it’s a brilliant film and it works on lots of different levels. It’s not always jump scares but it is extremely scary.

Thank you very much.