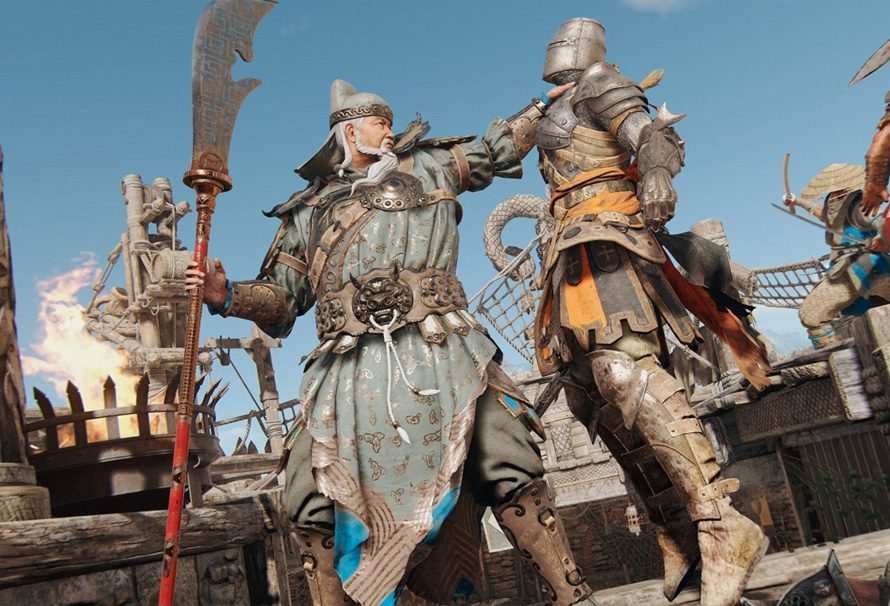 Ubisoft have announced the biggest new update to For Honor that will expand the age of all-out war like never before. For Honor was initially launched back in February 2017 as a strategy-action game where the most fearsome warriors confront one another in battle for resources and territory in the aftermath of a natural catastrophe. The update, scheduled for a 16th October 2018 release, promises 4 new heroes, a new 4v4 mode, significant visual enhancements, Breach Mode, Arcade Mode and unlimited single player and 2-person co-op PVE mode.

Let’s explore how some of these brand new updates will add to our gaming experience:

For Honor Marching Fire welcomes a new faction of warriors fleeing Ancient China that bring the total for For Honor heroes to 22. The four Wu Lin warriors; the Shaolin, the Tiandi, the Jiang Jun and the Nuxia, now travel west seeking vengeance from war, betrayal, and personal tragedies. They will be able to face 3 of the fiercest warrior factions who we met in the first release of For Honor; bold Knights, brutal Vikings and deadly Samurai. The introduction of 4 new heroes of the Wu Lin Faction will add a new element to this fast-paced thriller, bringing new weaponry, battle techniques and unique backstories to the game. The Shaolin warrior monks are characterised by their monkey-like fighting styles, whilst the strength of the Tiandi lie in their large broadswords. As trained bodyguards and assassins with artistic use of hook swords, the Nuxia are formidable one-on-one fighters who contrast the strong offensive attacking expertise of the Jiang Jun.

The new Arcade mode offers the opportunity for players to explore the new heroes and get to know their strengths before carrying them over to multiplayer modes. The solo co-op mode allows players to fight battles, put skills to the test and earn rewards that enable them to level up heroes’ gear score and reputation level. Arcade mode offers infinite replayability within quick play scenarios that deliver unique battles every time with varying objectives, enemies, and modifiers. Players can pick their quest out of more than 30 modifiers and choose to battle alone or online with a friend, even if that friend doesn’t own Marching Fire.

Adding to the existing multiplayer settings; tribute, dominion, duel, brawl, skirmish and elimination, a new and exciting breach mode is introduced to For Honor Marching Fire. This strategic, team-based multiplayer mode offers the thrilling ability to storm or protect a well-fortified castle equipped with ballistas, fire cauldrons, and archers. The attackers must escort and use a battering ram against the two gates of the castle. Defenders have a cauldron and many other tools at their disposal to try to destroy the ram and protect the King or Lord inside the castle.

The update will be available across PC, PS4 and Xbox One. Heroes of the Wu Lin Faction and arcade mode will immediately be available for anyone who purchases Marching Fire on release. If players opt not to purchase the update directly, the 4 new heroes and 4v4 breach mode can also be unlocked using the in-game currency, Steel, following an early access period. Additionally, all players will receive the free graphical update, using interface update and new dialogue system. If you want to get the updated game, we’ve got it available for pre-purchase on Green Man Gaming here.