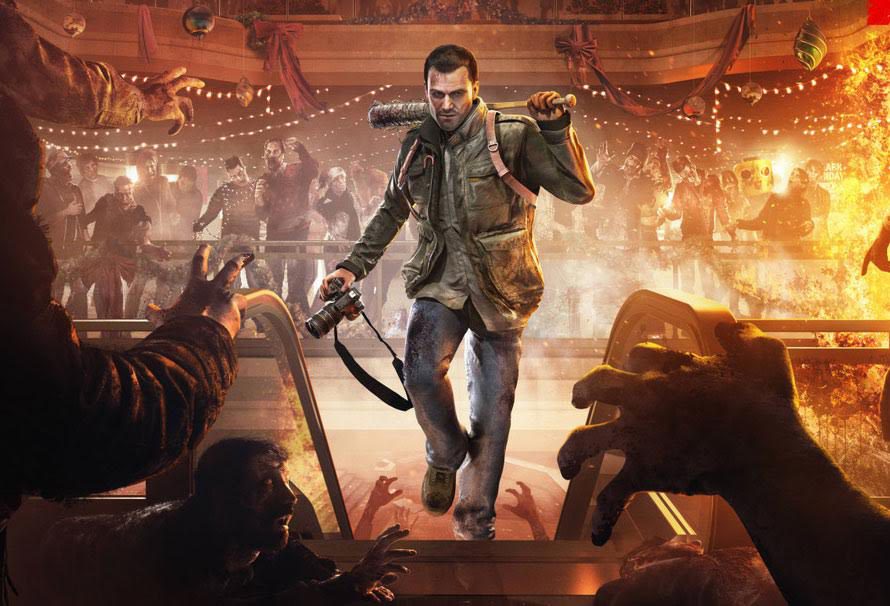 Last night we got the opportunity to walk on down to the Brunswick Shopping Centre in London to experience some festive lights and get our hands on with the zombie slaughter fest that is Dead Rising 4.

Even though the Christmas lights were quite festive, the on going theme of the zombie apocalypse was apparent throughout. What was also pretty cool is the lights told the story of our Hero frank west as he battles through the zombie hordes. Check out the lights below!

As well as experiencing some quite frankly, epic Christmas lights, we also got some hands on time with Dead Rising 4. The game was being showcased in the local Las Iguanas, it was a pretty small venue with only a couple of booths set up. Also if you had the cash to spend you could buy your very own Xbox One copy of the game mere hours before the game was due to launch at midnight.

We only got a small hands on with the game, we jumped back into the shoes of Frank West who is the original protagonist from the very first Dead Rising Game. Dead Rising 4 is set during the Christmas period and it’s up to Frank to once more survive the zombie hoards.

Whilst playing the game we got to experience some new weapons, such as the electric battle axe, the ice sword and the exo suit. All of these weapons came with their own special moves which destroyed a lot of the zombie masses. Much like the other games in the series, you are given a time limit that ticks down slowly and you are free to explore the open world as you please. There is a main story quest line as well as other side quests for players to complete.

Whilst we were playing the game we were also treated to some non-alcoholic mulled wine, in some pretty nicely themed cups.

After we played the game we were then treated to a choir of zombies singing some Christmas Carols. It was a pretty cool evening and we cannot wait to play more of Dead Rising 4.