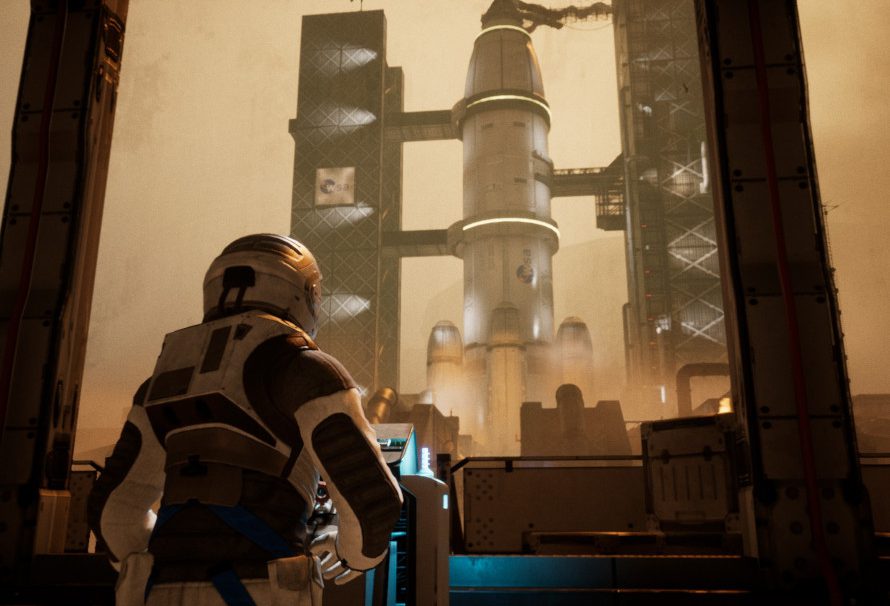 First things first, Deliver Us the Moon is neither a game about Deliveries nor about the almighty power of yeeting. Instead, it is a sci-fi thriller set after an apocalypse caused by a lack of resources. You see, we – the people – have successfully used up all of the Earth’s natural resources and instead of having an achievement pop up (You Done Goofed), it turns out that we have to take to the stars to try and keep everyone alive. We could have just switched to greener energy a few years before all of this happened of course, but hey.

If that sounds a little far-fetched to you, then you’re obviously not paying attention. Deliver Us the Moon isn’t scary or unnerving because it’s about some unfathomable evil, or having to change yet another nappy, it’s because of just how close to home it is. Space demons and whatnot are good and all, but true fear comes not from the unknown, but from the all too realistic, or at least a riff on it. That’s what Deliver Us The Moon is going for.

The story of Deliver Us the Moon

In the wake of the horrendous conditions on earth, the World Space Agency is created (thankfully it’s not called the Space Force). Among various other missions they undertook, they managed to secure a new source of energy from the moon. It’s all going well until the station suddenly stops communicating back to Earth, leaving the planet wondering just what happened.

You take on the role of the last astronaut, one sent to the moon to try and find out what happened. You’ve got a lot of pressure on your shoulders on account of the whole ‘saving the Earth’ thing, so they send you along with a robot called ASE.

The two of you get to do everything from launching the rocket into space, landing on the space station, and even casually strolling around the moon itself. At least, it would be were it not for the fact that the moon isn’t exactly accommodating to your needs. You’ll have to contest with constantly depleting oxygen tanks along with the cold, hard, uncaring void of space. So, that’s nice.

At its heart, the gameplay will involve a lot of puzzle-solving and exploration, but the atmosphere will maintain that creepy vibe that permeates so much of our space-based literature and media. After all, in space, no one can hear you scream. Especially after you’ve cut off communications.

It could well turn out that the whole thing has just been caused by space-kittens, which are like normal kittens, but without gravity holding them back. If that isn’t scary, then I don’t what is. You can get stuck into Deliver Us The Moon is out on the 10th of October, just in time for the season of spooky games.

For more information head over to the official website then join the Green Man Gaming Community to see what other gamers have to say.