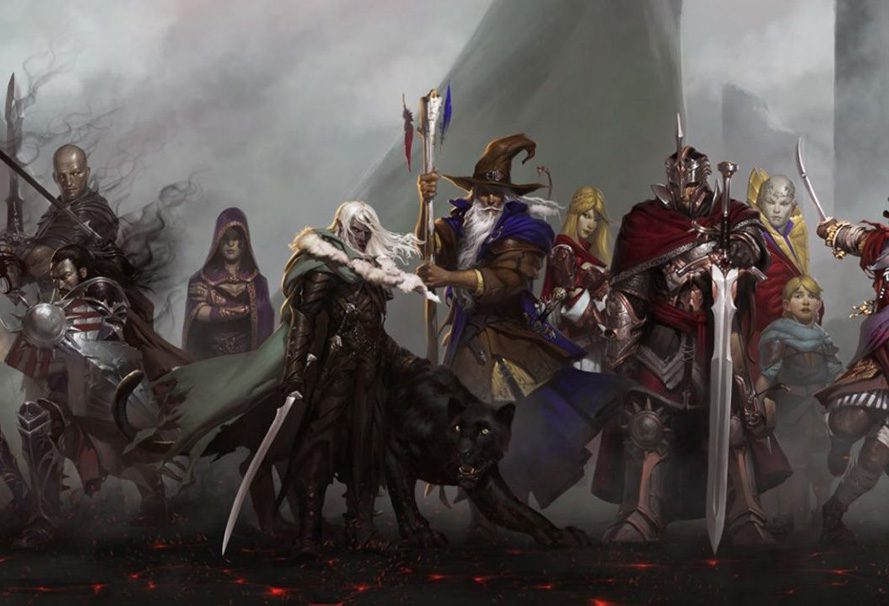 A while ago we covered the best to worst DnD classes, and it continues to be one of our most popular blogs. So I’ve come back to you now to rate the other half of the most important decision you’ll make about your character: their race. Although you’d typically decide this after your class because the stat boosts you’ll receive should coincide with your class’s strengths, a huge amount of your roleplaying may come from your race. It influences your background, your voice, your outlook on life, and your relationship with the other players.

So without further ado, here’s the races of Dungeons and Dragons rated from worst to best. 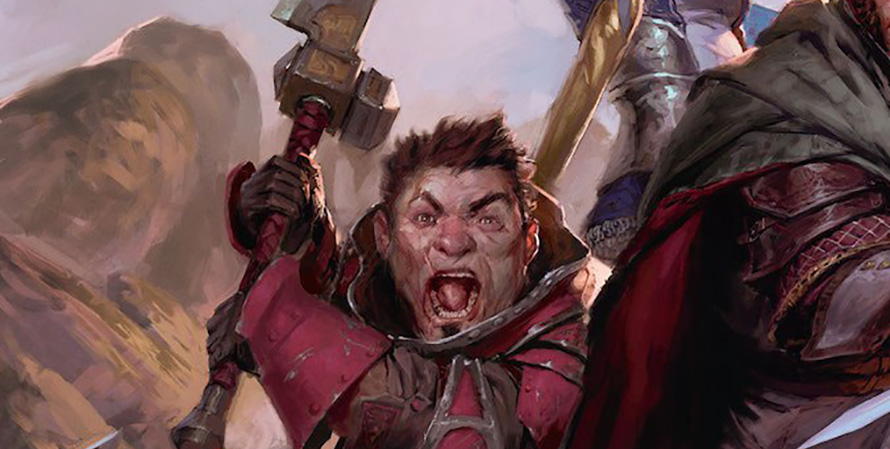 I’m just going to put this out there, Gnomes are lame. Who watched Lord of the Rings and thought “You know what’s missing? A squeaky-voiced, tiny, obnoxious, Grimm-fairy-tale-esque little munchkin in a bright purple robe!” Or who played World of Warcraft and thought “Yes, those little jumping bastards who keep backstabbing me and doing dancing emotes really elevate the fantasy world I’m inhabiting.” They are endlessly joyful, excited and they love pranks. Does that sound like something you want in your adventuring party? Sure it may be fun for you, but your friends will soon want to mount you on a spear and use your wizardry robes as their banner. And with an intelligence boost of +2, you’re more or less stuck playing a wizard. 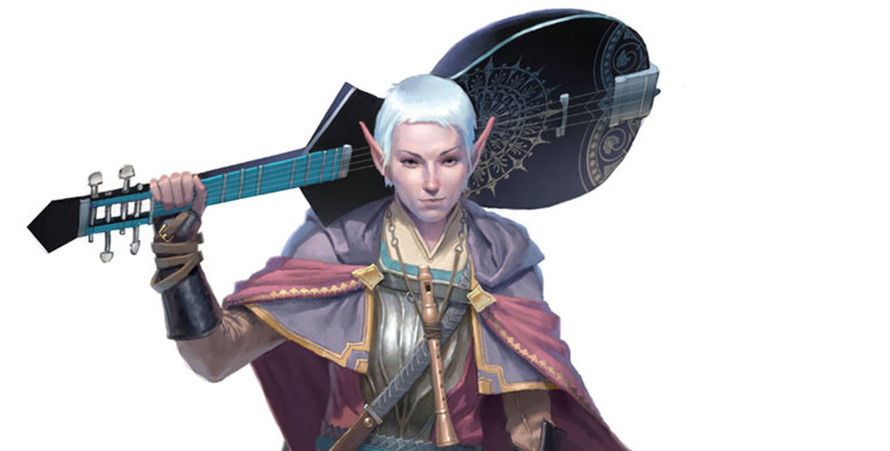 Humans and elves (SPOILERS FOR THIS LIST) are some of the best races in the Forgotten Realms, and their offspring are no different. In fact some say they take the best of both worlds – and they’d be right because even the creators of DnD say it. With 2+ Charisma and +1 to two other stats – Darkvision and Fey Ancestry – they’re an incredibly versatile race that can be any class and make it shine, save maybe Barbarian and Fighter (and not even that bad). So why is it down here? Well, it’s just a bit of a cop out isn’t it? Taking the best of two races, and yet neither’s rich lore backgrounds? The Player’s Handbook talks about them being wanderers and diplomats, not really belonging anywhere. This sets off my DM 6th sense right away. A powerful set of stats and features, combined with a vague and, one might say, edgy background? Nope, burn it with fire. 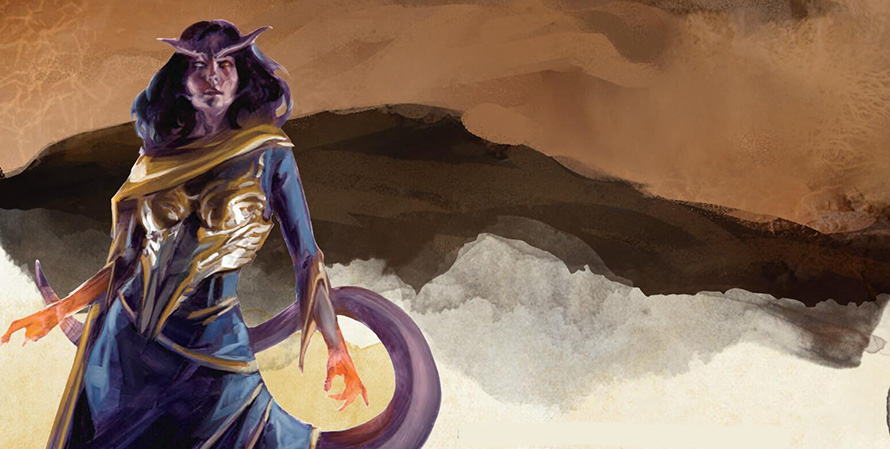 Speaking of races with a 2+ Edginess, the Tiefling wins out against the half-elf everytime. From the basic rules: “To be greeted with stares and whispers, to suffer violence and insult on the street, to see mistrust and fear in every eye: this is the lot of the tiefling.” If you want a game filled with Moral GreynessTM, or would actually rather be playing Vampire: The Masquerade but your friends won’t let you, the Tiefling is for you. With a boost to Charisma and Intelligence, this race was made for warlocks and even comes with edgy spells in the box regardless of class. With the new sub-classes like eldritch knight though, Tieflings can redeem themselves, and having NPCs physically fearful or repulsed by you can give some interesting roleplaying moments without the player even trying to be all Geraldo of Rivia. 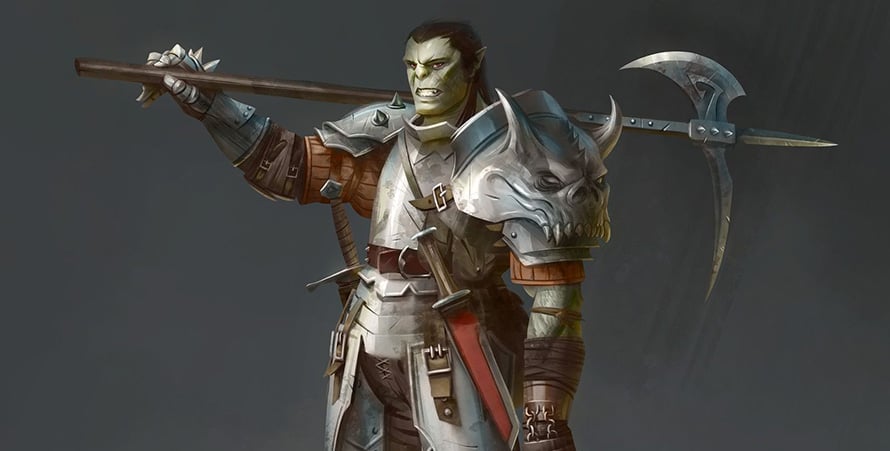 If you want to play a class that puts a lot of its stock into Strength, you’ll definitely consider the Half-Orc. With its Strength and Constitution bonuses, extra damage on crits, extra bonus on Intimidation, and a failsafe against death, it’s a no-brainer for a fighter, barbarian or even druid. Despite not having much breadth in terms of role-playing, their backgrounds make them kind of interesting. With the strength of orcs, but the brains of humans, they rise to become leaders and chieftains, adding more finesse to the otherwise brutish implement that is the standard orc. It’s not higher on this list because you’re limited to either chieftain who lost his stripes or slave – there’s not much else a half-orc can do in the Forgotten Realms. 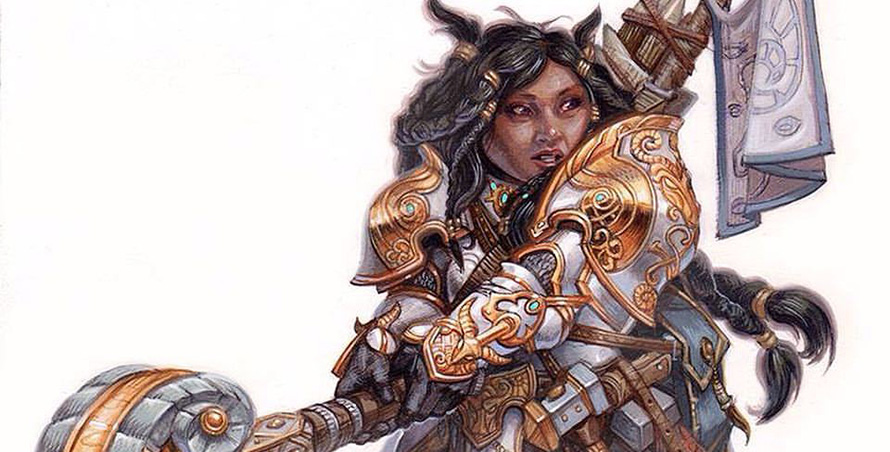 GIMLI! Okay we got it out of our system now. I don’t know about you but I struggle a lot to not think of Gimli when I think dwarves. He’s just so iconic, and copied countless times until now most dwarves have Scottish accents. Sure you can be a sexy stubble dwarf like Kíli, or a sexy bearded dwarf like Thorin, but it’s just not what your mind jumps to. Anyway, their stats are actually pretty great and are a first choice for some classes. Choosing either Mountain or Hill Dwarf you get Strength and Wisdom bonuses respectively, on top of your +2 Con, and resistance to poisoning which can be a real life-saver. Dwarven clerics are a thing for a reason, and so are Dwarf fighters. They’re hardy and wise and full of grudges which makes roleplaying pretty fun too. Just make sure your Dwarf has a reason to be un-grumpy once in a while. 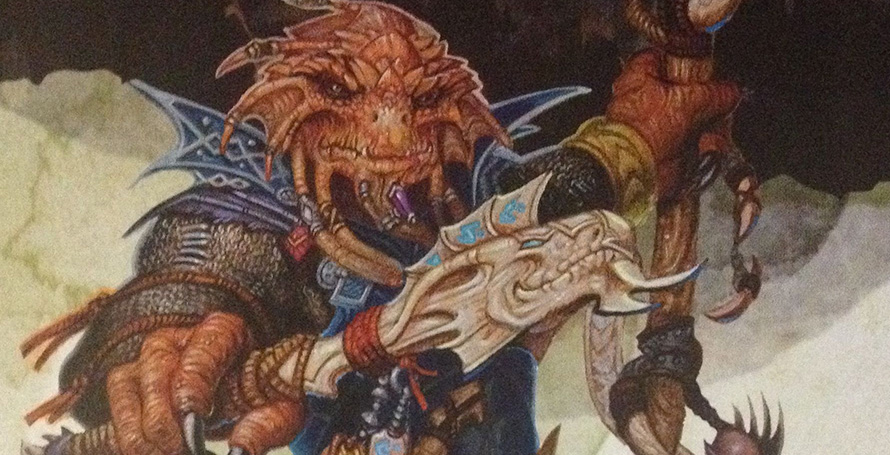 Strength and Charisma bonuses put the Dragonborn high up on the list. They also get a draconic ancestry that changes their resistance depending on which dragon they’re descended from, which also changes the damage type of – get this – their breath weapon! That’s right, in between short rests you can breath fire, ice, lightning and all sorts at your foes. It comes in really handy sometimes, like when my Dragonborn paladin was in a prison, he lured the guard in and roasted his face. And then the monk actually fought him but that was less cool. Anyway they’re taller and heavier than humans, but very regal thanks to dragons being the rulers of the world. This pairs them perfectly with paladins and fighters, but also Charisma-based magic users who want to be able to smack around their enemies when they get backed into a corner. College of blades or Sorcerer anyone? 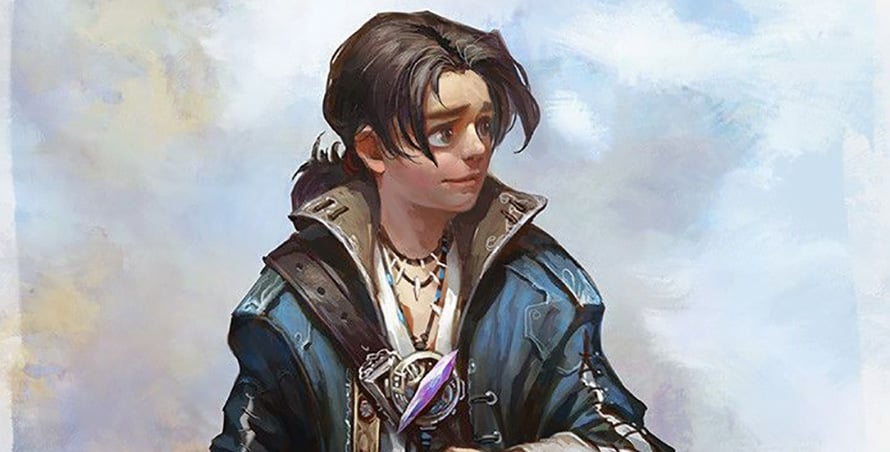 Those who have seen Lord of the Rings (yes I know I’m mentioning it again but it basically spawned high fantasy alright?) may think Halflings are a bit soft and useless and spend more time getting into trouble and thinking about bacon than actual adventuring. But dig a little deeper and you’ll find the most resilient of races who take on the biggest tasks with little fuss. Hardy like dwarves, rowdy as humans and sometimes as elegant as elves (they love a bit of poetry), Halflings can surprise you (they sure surprised Sauron, eh?). Mechanics-wise, you get immunity to being frightened, can move past creatures bigger than you, have a 2+ to Dexterity and get re-rolls on Natural 1s. Prepare to surprise your party again and again with your usefulness and take their praise humbly whilst smoking a pipe full of Old Toby. 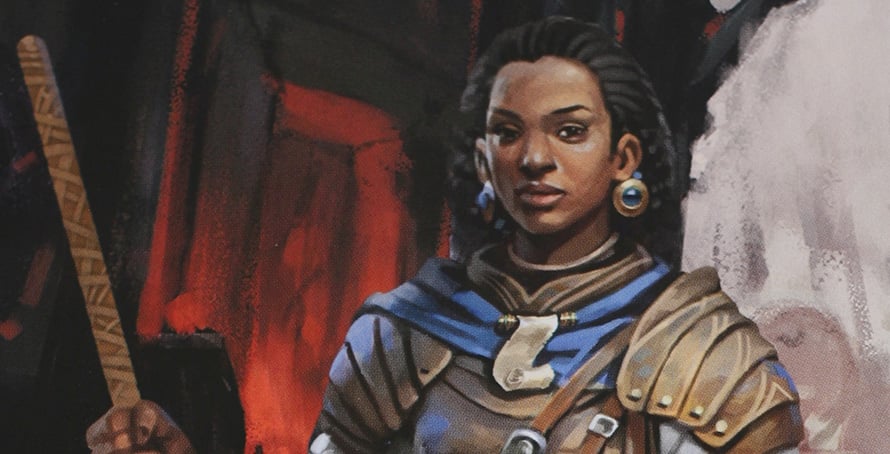 Humans are vanilla and somewhat boring, yes. But thanks to our shared millennia of human history, there’s no shortage of types and variants of humans to take inspiration from. The mechanics back this up with basically letting you choose any two stats you want to boost, and even a feat from the get-go if you take variant human. A lot of interesting and strong builds require the ever malleable form of the Humans. They get everywhere all over the Forgotten Realms, so they can look and act however you like. If you’re not interested in the typical attributes that come part and parcel with the other races, just pick a human and not make your race that important. You’re also never going to be treated badly in-game for being a different race. Yay privilege! 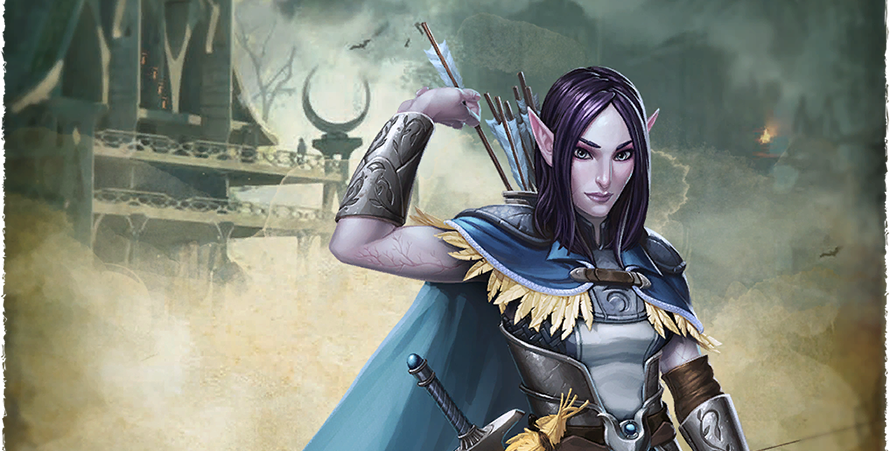 So Elves are the best race. They just are, we can’t fight it. They live forever, they can be as badass as Drizzt, noble as Elrond or spectacular as Legolas. And those characters represent their sub-races pretty well: Drow Elf, High Elf and Wood Elf. They all get +2 Dex which makes them good for at least half the classes right there, and then you’ve got either Int, Wis or Cha bonuses to fit to whatever class you want. Apart from tank, the elves can fill the roles of damage dealers, social faces or skill monkey with ease. They get all the cool features like DarkVision, Fey Ancestry, bonus to Perception – a skill that is always useful – and their sleep trance which means they’re always on guard. Oh and they get a free cantrip or ability to hide in foliage easily. And to top it all off, they’re chaotic. The perfect race for any player of DnD.

Despite this list and all my waffling, as I wrote in my article about being a great roleplayer, taking your races’ inherent personality traits doesn’t make an interesting character. Try to think of your character first, along with your class, and THEN pick a race. A grumpy elf or a bloodthirsty halfling may make things way more interesting, and it’ll stop you thinking GIMLI as soon as you read the Dwarf page.