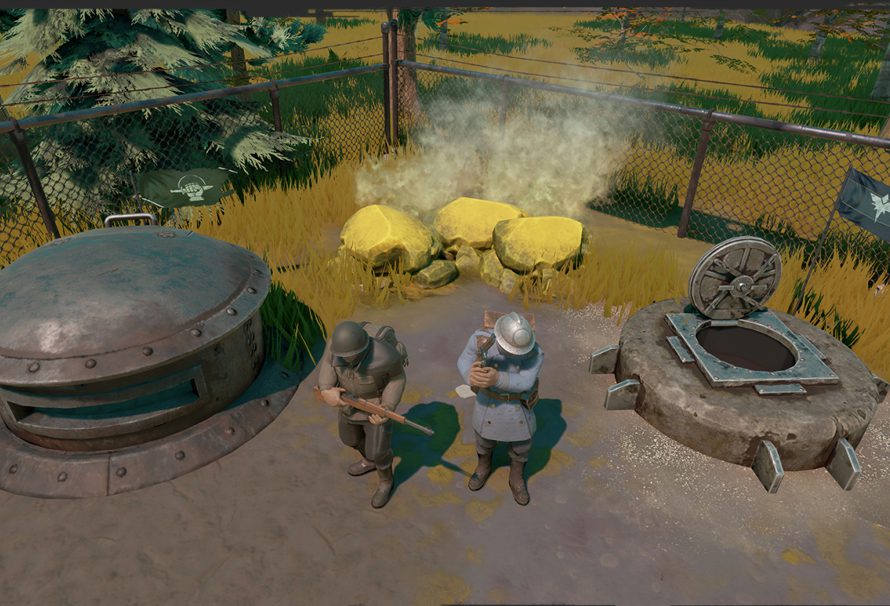 Currently in Early Access, Foxhole is a team based RTS game set during the war (which war is still yet to be specified by the developers) where players have to work together in order to gather resources, build bases and eventually fight and overthrow the enemy.

After reading that you are probably thinking, ‘how is Foxhole in anyway related to PLAYERUNKNOWN’S BATTLEGROUNDS?’ Basically, it isn’t, both games are completely different. However with Foxhole steadily increasing in popularity recently, this game could be a contender to knock Battlegrounds off the current top spot. Here’s why.

On the surface, Foxhole is your typical strategy game where players have to mine resources, build things and then attack the enemy. That’s Foxhole on the surface, dive deeper into the game and you will see how unique it is. For starters, players are able to join the same team, this adds a whole new level to the game as your able to have many minds working on different things in order to both build up defences as well as attack.

Unlike most RTS games, Foxhole is reliant on players finding resources. In it’s current form, Foxhole does not give players the opportunity to mine or find resources automatically. This means when you have resources you will need to keep a close eye on them and check your pockets before you head into battle. Once you die you drop all the resources you have on you. Resources are the base of building anything from buildings and vehicles to ammunition for your weapons. They are one of the key components to the game.

Drop in and drop out gameplay

Missions have the potential to last a very long time, so Foxhole has the ability for players to drop in and drop out of matches and join a team as they please. This is a great way for players to track down their friends if they need some extra back up in a match or visa versa. This is a great way to bring a community of gamers together without having to start a new match every time.

As the game is in early access there is a loose campaign mode at the moment, as mentioned a single match could last a very long time. One of the team here spent five hours over the weekend on just one mission. This could mean that a single campaign mode could potentially last weeks, think of the hours of gameplay you can get out of that.

Foxhole is heavily based on bringing a community of gamers together. The game is striving to do this in various ways as mentioned above. According to the official Foxhole FAQ the developers goal is to “support as many simultaneous players as we can and we believe that we can reach several hundred with our current technology.” This could mean that groups of gamers can find themselves in huge matches working together with other gamers.

These methods could make Foxhole one of the biggest online games to date. What are your thoughts? Does this game have the potential to rival games such as PLAYERUNKNOWN’S BATTLEGROUNDS? Let us know in the comments section below.