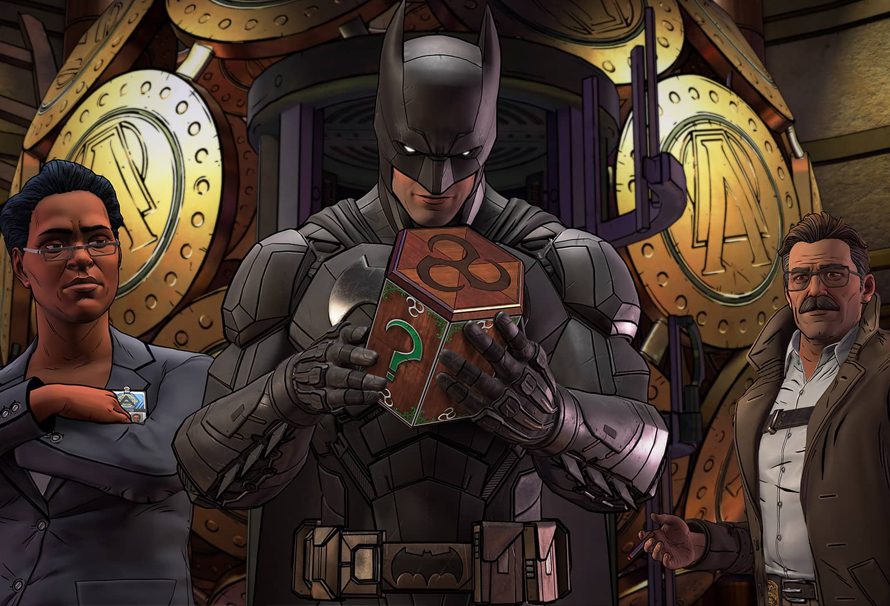 You may remember a while back that we here at Green man Gaming ranked the best Batman Arkham Villains. In celebration of season 2 of the Tell Tale Batman series, Batman: The Enemy Within, we thought it would be a great idea to rank the best Batman games of all time. And we won’t be limiting ourselves to just the Arkham series.

Note: This list does not include every single Batman game ever created. If there is a Batman game we have missed that you loved, then let us know in the comments section below.

Heralded as the best DC themed MMORPG, DC Universe Online lets players create their own character who interacts with the various heroes and villains within in the DCU. Players will of course come across the Dark Knight as the faithful leader of The Justice League and will be one of the first heroes you come face to face with. This however gets our lowest ranking as you can’t play as Batman. At all. Who wants to play a Batman game without Batman? Not even the Joker wants that.

A PS Vita and 3DS game that was then made available on the PS3, 360 and PC, Arkham Origins Blackgate felt more like a Metroidvania type game more than a true Arkhamverse title. It gave us a nice insight into the time between Arkham Origins and Arkham Asylum but didn’t give players the same moody atmospheric feel that the other Arkham games had. It was also side scrolling and just didn’t really feel like a proper Arkham game.

8. Injustice: Gods Among Us

Even though Injustice Gods Among Us centred more around the DC universe than Batman himself, the leader of the Justice League does get a considerable amount of screen time (Spoiler alert: seeing as his arch nemesis, the Joker, is killed by Superman and all). The game’s story mode takes players on a roller coaster ride through alternative dimensions and to a world where Superman is an evil dictator. It is a great story which just shows you what Batman will do in order to put things right. It’s also a very solid fighting game which created by the developers behind Mortal Kombat which is also a big plus.

The first Batman game that was canon to the Arkhamverse but not developed by Rocksteady, Batman Arkham Origins is a very solid game. Using a lot of the same game techniques that made Batman Arkham Asylum and Arkham City great. It even gave players the opportunity to explore Gotham, but in my opinion the game lacked something, maybe it was the iconic voice actors such as Hamill and Conroy. Maybe it was the fact that Gotham felt dead compared to Arkham City, maybe it was that the flow of the combat was disrupted compared to the others. Maybe it was that damnable Deathstroke fight. Whatever it was it just doesn’t compare to the Rocksteady Trilogy.

Much like its predecessor Injustice: Gods Among Us, Injustice 2 carries on the story from where the previous game left off. Now with the option to also kit our Batman and a host of other characters with some quality gear and armour. This game lets you build the best Batman possible! Seriously, some of the looks you can give him are truly insane. The story is pretty awesome as well.

Possibly the best Batman LEGO game out there, Beyond Gotham was the pioneer to games such as LEGO Marvel Super Heroes giving players an open-world hub to explore and so many characters to choose from. Batman himself had a fair few character slots just to cover every type of Bat suit he owned (and I don’t think the game covered all of the Bat suits available). The game also pays a great homage to other Batmans such as Adam West’s ’60s version of the caped crusader.

TellTale games have done a great job with the Batman licence in Batman: The Telltale Series. In this episodic point and click game lays a good foundation for the TellTale universe, introducing us to Batman and other popular characters. In my option though the game will series will shine in Season 2 as we will be introduced to a lot more villains and also get the opportunity to ‘shape’ the Joker through our actions.

The first game in the Rocksteady Arkham trilogy really let people become the Batman. The key feature that made Arkham Asylum so good was it’s gameplay. It introduced a detective mode for players to truly hunt for clues, the combat system is still amazing and has inspired other games since such as Shadow Of Mordor, and the ability to a variety of bat gadgets to help you explore the Asylum was frankly amazing. The voice acting from Batman veterans Mark Hamill and Kevin Conroy brought the game to life as well, which made Arkham Asylum the best Batman game ever according to most Batman fans.

Building on the amazing Arkham Asylum, Arkham city made you truly feel like the Dark Knight. Players were able to navigate around an entire city coming up against some of Batman’s most notorious villains including, Ra’s Al Ghul, Mr Freeze, The Riddler and of course The Joker just to name a few. The open world game let you hunt down secrets, collectables and amazing side missions that brought out some of the best story lines from Batman’s past. Arkham City is truly an amazing game.

Letting players explore the whole of Gotham City this time around. Arkham Knight let you drive the Batmobile for the first time and also brought in the best bits from every Arkhamverse game released. Rocksteady knew that this was their final Batman game with Arkham Knight so they made the best Batman game to date. The story starts off simple but dives into a fantastic plot with plenty of twists and turns. The Riddler also get some decent screen time as well, who has been one of my all time favourite Batman villains. Batman Arkham Knight is the best Batman game and a great high for Rocksteady to leave on.

So there you have it, our best Batman games ranked. Do you agree? let us know in the comments below.

Injustice 2’s Next Fighter Pack Will Be Revealed Next Week