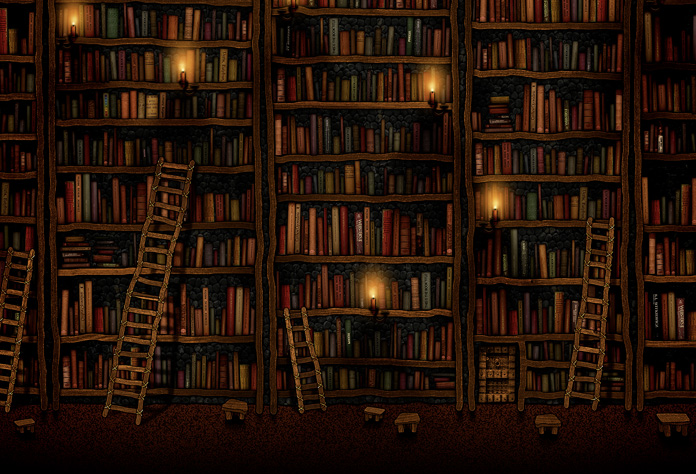 Of course both can exist. Both deserve to exist and it’s a ridiculous thing to say one’s better than the other. It’s all down to personal preference so if you love fantasy or you love scifi or you love both, that’s utterly valid and you should stand proud and love the things you love. Don’t let anyone tell you you’re wrong.

But if you think scifi is better than fantasy, you’re wrong. Here’s why.

Scifi is about dreams, it’s about the future and about what we can build out there, amongst the stars. It’s often hopeful in a way, that we’ll survive long enough as a species to get off this curséd rock and make our way out into the universe.

Fantasy is about being human, it’s about our history. It’s about examining the myths and legends that make up our shared cultural history, through the lens of the fantastic, the magical, the unreal.

It also uses the language that we as humans understand. Lets take videogames as an example.

See? Whilst scifi is great, it makes you work a lot more. You’ve not only got to understand the game but you have to translate everything through whatever fiction the scifi writers have come up with.

Fantasy meanwhile uses language that we are mostly familiar with. As it’s built on cultural touchstones and stories we often grew up with (at least in the Western world), we often just ‘get’ it. It’s not something we have to work for, we know what gold is, what swords are, what medieval Europe looks like so when it appears in a game or a book, we have those cultural touchstones to rely on.

Scifi though? It’s pure imagination, maybe extrapolation, but it requires a lot more work to get into.

As I said above, scifi is often challenging. It deals with concepts and ideas that often are only constrained by the creator’s imagination. Try reading China Mieville, or Iain M. Banks, or Peter Watts, or Alastair Reynolds. You’re in for amazing books, but not relaxing books.

Fantasy on the other hand, in a large part because of the reasons above, but also because it relies on human stories about human issues. They tend to put stories in a context we can easily comprehend, from The Witcher to Lord of the Rings, you can slip into these universes like you’re putting on a pair of warm pyjamas. Even if they’re exciting, or tense, or disturbing, there’s a comforting familiarity that inhabits fantasy. Something that’s often missing in the cold sterile vacuum of space.

Alright But What About Non Space Scifi

Non space scifi tends to be very unrelaxing. A lot of it tends to have the -punk suffix, like Cyberpunk, which means it’s going to be inherently overtly political.

Which is fine, and good! Things should be political, and even when you’re not political you are showing your politics. If you create a world inhabited by solely white people and say that’s good, guess what, that’s your politics on show! If you say your protagonist is a dude who sleeps with a million women, then again that’s political!

But that’s all subtext, which if you’re relaxing might be all you want to deal with. Cyberpunk especially is very overtly political, with its themes being mostly anti-capitalist, and depressing. Which like I said above, does have a place in life and it’s good to examine your politics and what you believe, fiction and videogames being a great platform for that. But you might just want to play something a little easier on the ol’ brain, so fire up Skyrim and go thwack some baddies. Job done.

So You’re Saying That Fantasy Is Simple

Not always! But often. Fantasy can be smart, well written, and densely plotted. But because you have the background often taken care of by it being set in a familiar or even semi-familiar setting, the heavy lifting can be done by the plot. Look at things like Game of Thrones, Lord of the Rings, The Witcher, or The Wheel of Time, all of these aren’t set in familiar places but because they use familiar touchstones, they can focus on what happens.

Scifi can often be densely plotted but you have to really fight to get to that part, because a large part of scifi is world building. They can be amazing worlds, but you have to cover where we are, what science we’re using, how things work, and that’s all before the plot even starts.

Magic often has rules but fundamentally, we understand what ‘magic’ is. Bad fantasy often has dramatis personae that’s five hundred pages long at the start of a book, but to be honest, that’s bad fantasy.

Science fiction on the other hand is dense and complex in its world building, outside of any plot that might happen. If it’s not complex and dense, then usually that means it’s fantasy with science clothing, looking at you, Star Wars.

What Does All This Mean Then?

It means that we should stop sneering at fantasy, it’s got a point and a purpose in the world. Scifi is smart and clever and that’s absolutely fine, but fantasy is there, like an old friend that you can meet up with and it’s like you haven’t been apart at all.

Fantasy is trusty, it can challenge you but it doesn’t have to. It can be many things, and it can delight, shock, horrify, and excite. Embrace fantasy, just because someone’s wielding the +2 Sword of Sir Grundleflort doesn’t mean the story they’re in is bad!

Go on, give fantasy a go. It’s worth it.

And often better than scifi.