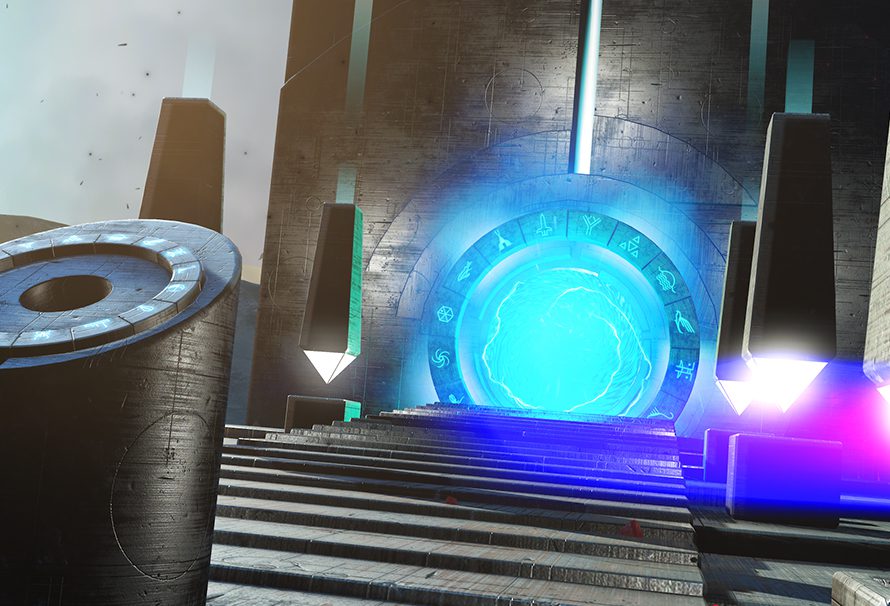 It has now been a year since the No Man’s Sky was released. The game has been getting a lot of updates and today saw the game receive the biggest update yet. The Atlas Rises update changes every aspect of the game, breathing new life into No Man’s Sky and giving it new potential.

No Man’s Sky now has an expanded story mode. Even though it was first advertised as an open world survival game, the inclusion of more story to the game adds so much more depth to No Man’s Sky’s lore. The history of the universe has always been something that the game has touched upon and something that Hello Games have always brought up in interviews. We now finally can dive into the lore and story that No Man’s Sky has to offer and see what the story behind the Atlas truly is.

Hello Games aren’t just putting in the story as an afterthought as the story will take around 20 hours to complete, and also include a brand new alien race to support the story.

Brand new procedurally generated missions have been added which will add to players unique stories outside of the newly added core story. There is also a new faction system that has been implemented which gives players the opportunity to join alien factions. This in turn only depends No Man’s Sky’s story and gives the game the potential to have a space adventure that will grip players.

Trading has now been given a new layer of depth. When the game first started Trading was very bare bones and there wasn’t any real incentive for the player to really explore the trading system. Now players can make a viable living through trading. Star systems will also feature “socio economic variables” which will affect trading and the star system economy. This new depth to trading also goes hand in hand with the story and truly giving players the opportunity to create their own space adventure.

Exploring the universe is now easier with the inclusion of Portals. Back when the game first released players found it hard to return to solar systems they had already discovered. Portals will now give you the opportunity to return back to these these systems and potentially lay claim to your own galaxy. The map has been given an upgrade as well making it easier for players to navigate and pinpoint where they have been and what lies in front of them.

More environmental biomes have been added to planets, this gives the game a new level of planet exploration whilst also giving planets a more unique feel. Some more extreme and abstract biomes will be rarer and will be tied to the game’s story. This will also also make new planet discoveries more exciting, especially if players stumble across the rarer biomes.

You will finally be able to find other travellers thought the universe. These players will appear as glitch/ghost like beings, even though interaction between players will be minimal to start with, future updates can make No Man’s Sky a truly amazing universe to explore with your friends.

This was introduced in a previous update and has since opened up the No Man’s Sky Universe a bit more. We covered the foundation update when it was first released and the introduction of base building and making your own homestead was very welcome. Mix the base building with the Portals and map updates and sooner or later you will have your very own corner of the No Man’s Sky universe.

Many times I have found myself wanting to change the terrain around me Minecraft style. Now thanks to the Atlas update this is now possible, removing and adding terrain gives the game so much potential for players who just want to be creative and make things.

Farming in order to get materials was another feature that was brought into the game by the foundation update. Farming has now been upgraded with new gadgets for players to fabricate in order to keep their high value plants ticking over. This gives players the option to kick back and relax on the farm for a bit before they go of exploring distant worlds.

No Man’s Sky has changed a lot since it’s release a year ago. Even though the initial release was a bit rocky for Hello Games. We believe that No Man’s Sky now has the potential to be something pretty special.

No Man's Sky Beyond update to be released mid-August