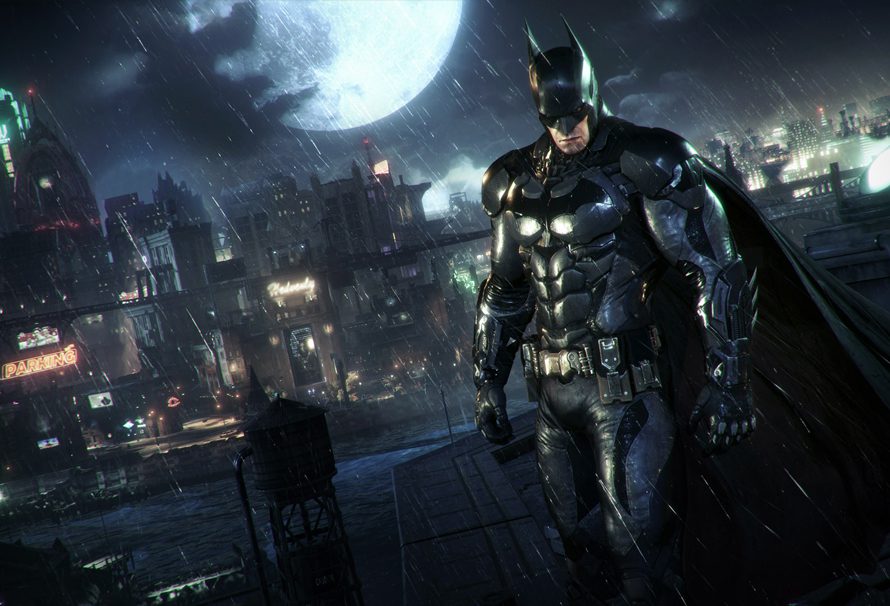 The Batman Arkham series by Rocksteady Games (and one game by WB Games Montreal) has been dubbed by many gamers as the best Batman game series to date. It is a perfect representation of Batman comic universe, even down to its characters. We all know that a lot of Batman’s appeal is in his enemies so we thought it would be a great idea to list the top 10 villains in the Batman Arkham games. Here they are!

Spoiler Warning: This article will contain spoilers for all of the Batman Arkham games. You have been warned.

Slade Wilson aka DeathStroke is an infamous mercenary in the Batman and DC comics universe. He first appeared in Batman Arkham Origins and was the second boss character in the game (well 3rd if you count the joke that is the Electricutioner). He is highly skilled with both guns and swords and has been in the mercenary business for a very long time. Not many people meet Slade Wilson and live to tell the tale.

Hush only appears as a side quest in both Batman Arkham City and Arkham Knight. Hush, (better known to Bruce Wayne as Thomas Elliott, a childhood friend) is a highly skilled surgeon turned serial killer, who has made it his life’s work to make himself look exactly like Bruce Wayne. After an accident killed his father he blamed Bruce for it, and came up with a scheme to infiltrate Wayne enterprises and destroy it from the inside. To make himself look like Bruce he would hunt down people who had similar facial features to Bruce Wayne, kill them, and then surgically modify his own face using his victims, in order to make himself resemble the Wayne enterprises CEO.

The infamous immortal leader of the league of assassins. In the Arkham games Ra’s al Ghul gave Bruce his martial arts training. Bruce defected from the league of assassins after refusing to kill, which only resulted in making Ra’s a bit peeved. He is a formidable opponent who also has access to the Lazarus Pit, a chemical pit that has regenerative capabilities and if used frequently will grant the user eternal life, at the cost of their sanity.

Bane has been imprisoned from birth for a crime his father committed. He then became the subject of several military experiments which enhanced his strength. With a constant supply of a drug called Venom going to his veins, Bane is near enough unstoppable. Bane is also famous for breaking Batman’s spine, almost killing The Dark Knight in the process.

Once a mild mannered District Attorney, Harvey Dent was the victim of an Acid attack by Carmine Falcone which horribly disfigured him. The acid wounds fractured Harvey’s psyche – he quickly become obsessed with duality and was reborn as the criminal mastermind known as Two-Face. Hellbent on bringing Gotham to the ground, Two-Face will stop at nothing to create the perfect underground crime network.

Jason Todd was an orphan until Batman took him under his wing after a confrontation with The Joker. Jason underwent training and then later became Robin after Dick Grayson parted his ways with Batman to become Nightwing. Jason was later captured by the Joker and the clown prince of crime beat and tortured Jason within an inch of his life. Batman thought Jason was beaten to death but Jason came to seek out revenge on batman years later for not saving him from the Joker’s clutches.

Pamela Isley was a normal Botanist until a science experiment went wrong. Now with chlorophyll flowing through her veins, Pamela goes by the name of Poison Ivy. One with the plants, she abandoned her human side to devote herself to mother nature and to using her plant like powers to overthrow first Gotham and then the world. She is a formidable opponent as she is able to control plant life and uses it to maximum effect in battle.

Edward Nashton once worked for the GCPD’s Cyber Crime Devision. He used his time in the GCPD to become an extremely skilled hacker and engineer. He believed that Gotham’s long history of corruption was the result of intellectual and moral failing rather than economics. So under the name Edward Nygma, he used his skills compile a huge amount of blackmail material against Bruce Wayne and Harvey Dent in order to improve the city’s standing. He then became hellbent on this new ambition and became The Riddler. Now Nygma knows Batman’s true identity he will stop at nothing to set traps and Riddles to foil the Dark Knight.

Dr. Harleen Quinzel was an Arkham Asylum psychiatrist, who become obsessed and transfixed with her patient, The Joker. She believed that she was in love with the Joker, to the point she helped him escape Arkham Asylum. Now by The Joker’s side, Harley Quinn will stop at nothing to help with Jokers great plan and will protect her ‘Puddin’ by any means possible.

The self proclaimed Clown Prince of Crime is Batman’s greatest adversary. Yin to Batman’s yang, he prides himself on making Batman’s life a living hell. It is not clear as to who The Joker was before even though it has been hinted at that he was the infamous character known as the Red Hood who infamously led a stream of crimes over the years. With no morals to rely on and no soul to speak of this deranged psychopath will stop at nothing to drive Batman completely insane.

So that is our top 10 Batman Arkham-verse villains. If we have missed your favourite, then let us know in the comment section blow.

Top 10 Games To Grab In The GMG Winter Sale