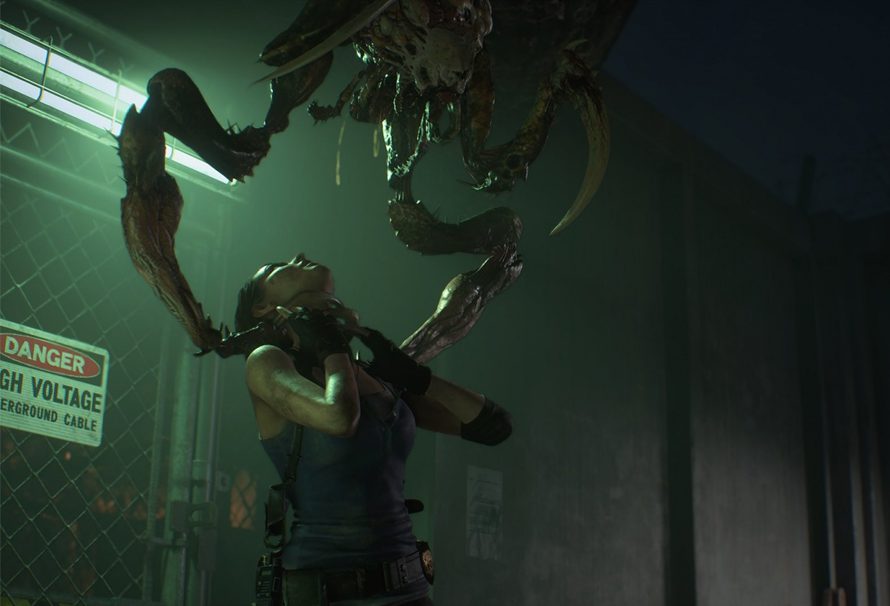 In the last few years, Capcom has managed to reinstate itself as the undeniable king of horror. Plenty of fantastic indie studios have given that title a go but Resi 3 offers something spectacular. If its anything like their previous titles, It will have phenomenal level design, smart puzzles, and a genuinely terrifying atmosphere. After ingesting every trailer we can possibly watch and even attempting to watch the frankly terrible movies, we cannot wait. Both for yours and our sake, here are 7 games to play while waiting for or after finishing resident evil 3. If you’re in the future looking for something to play after finishing it,  I am so jealous. Just go play it again. I’m confident it’s incredible

RE2 Remake came out the gates swinging early last year proving 2019 would be a great year for games. Who would have thought we would have such easy Game of the year material by January. It brought with it viscerally beautiful gore and an even more visceral burger. See, you have to play it to see for yourself. At least its not a Jill Sandwich.  It’s fantastic and the deluxe edition is on sale right now.

There is often a wonderful catharsis in killing zombies. Sometimes there’s a gruesome psychopathic joy in splitting heads open. State of Decay 2 offers this but also somehow manages to tell an empathetic tale through fantastic world-building. The central gimmick is that world-building is done by you. You decide who lives with you, who helps, who fights and ultimately who dies. State of decay often makes you analyze your own decision in sometimes harrowing ways. And its a lot of fun.

Developer Techland have managed to capture lightning in a bottle with their impeccable dying light franchise. Like Resi, Dying Light often employs a distinct split between what is safe and what is not. This often allows the player to find comfort in the most menial things, until the game smartly pulls that rug from under your feet. Luckily, the safe rooms in Resi 3 are indeed safe phew.  It has a wonderful progression system seeing you evolve from a walking potato to a badass parkour expert floating above the city. I am currently in sitting potato mode but maybe a zombie apocalypse will come along to help me out. Until then, I have dying light.

Cosmic horror is often very hard to do in games. Games are an infamously visual medium and cosmic horror suffers the more of it you can physically see. This darkness is something prevalent through both titles. In Resi, your consistently moving from dark places and rarely work with all the information. This drip thread narrative is absolutely fascinating in Horror titles. Moons of Madness doesn’t offer the same polish and is a little slow but if you like cosmic horror, you’ll like this.

Remothered is a fantastic indie offering from 2018. It holds its inspirations on its sleeve, the most prominent of which being Clock Tower. This was a direct competitor to Resident Evil back in the ’90s and both titles undeniably influenced each other. This is why this inspiration is so very exciting. Remothered channels Resident Evil’s influences and attempts to offer something a little different. Regardless of all of this, it is a fantastic survival horror and well worth your time.

Dead rising 2 off the record

One of the most enjoyable aspects of Capcom horror is its sense of cheesiness and humor. While they are dark and terrifying, they aren’t afraid to make fun of themselves. Or you, playing as frank west in a cheerleader outfit, aren’t. Dead rising 2: Off the Record is the absolute pinnacle of this. It’s cathartic, interesting and occasionally hilarious. This stand-alone accompaniment to Dead Rising 2 was overlooked at the time but I hope you don’t overlook it too.

The final choice is perhaps my favorite on this entire list. Tango GameWorks and Shinji Mikami made a tense, genuinely brilliant survival horror in The Evil Within with some fascinating body horror, an intriguing narrative, and an addictive gameplay loop. The evil within took everything special about Resident Evil and translated it into a modern perspective. This is an absolute must-play for Resident Evil Fans. This is before even mentioning what Shinji Mikami has worked on previously. He just worked on a little title called resident Evil 3. If you liked Resi, You will love this.

And that’s the list. There’s a nice mix of what makes the Resident Evil series so beloved. There are some fantastic stories, Great scares and overall phenomenal games above. If you’re anything like me, finishing Resi leaves a hole in your chest as you realize “Damn its actually over, what will I do now” Hopefully this list should have you covered. If you’ve finished every title here, let us know so we can accuse you of lying. If you’re really persistent, maybe we’ll make you a new one.

Did we miss a game on this list? comment below and head over to the Green Man Gaming community site to see what all our gamers are playing.