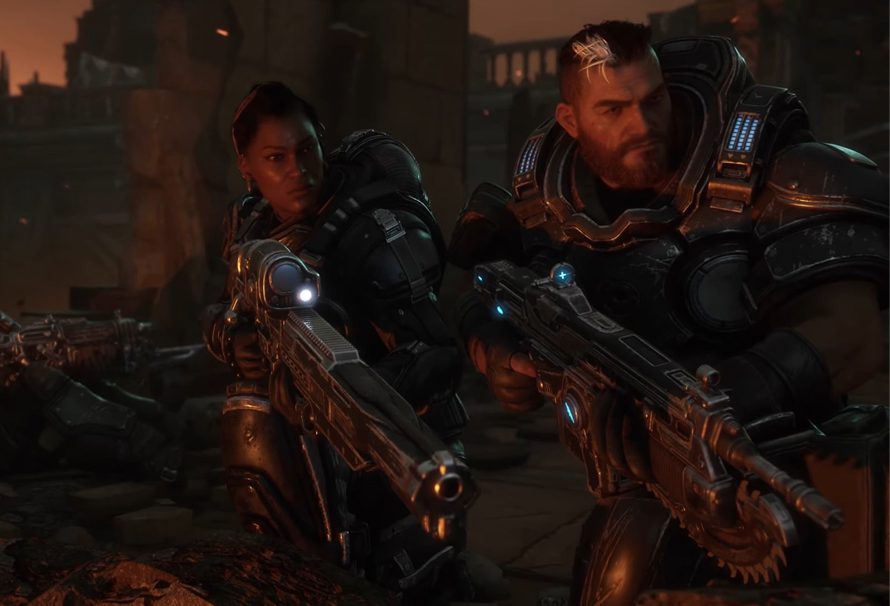 As well as being an excellent strategy spin-off, Gears Tactics offers a strangely robust character customization system, so fans can tinker with the appearance of their favourite characters and plucky recruits, turning them into pop culture icons or assembling avatars of real-life friends. Inevitably, you’re going to lose them to the horror of the locust horde, but in the meantime, they may as well look good, right? In this guide, we’re going to show you how to customize characters in Gears Tactics, and include some tips to make the process more efficient.

Can you customize hero characters in Gears Tactics?

Short answer: no. Every character in the game can have their aesthetics altered in specific ways, but the hero characters must retain certain features like their facial appearance so that the cutscenes make sense. So you can’t give Gabe Diaz a facelift, unfortunately – the only facelift he’ll be getting is when he falls foul of a locust’s shotgun.

However! You can customize the armour that every hero character in the game wears, which means that you can change the way they look in battle. In my personal playthrough, I made Gabe look like Buzz Lightyear and Sid look like Sherriff Woody with some colour mods, just because.

Beyond that though, you can change their weapons, add patterns and sheens, but you’re stuck with their facial features. That isn’t the case for the rest of the recruits in your roster, though.

How to customize recruits in Gears Tactics

The rest of the upstart soldiers that you’ll rescue from locust torture chambers can be fully modified once you’ve got them stationed in your home base. Simply liberate them from the chambers in a mission, get them home safely and then head to the Barracks. From there you can choose a particular character and modify their loadout, armour or appearance.

Of particular interest is the appearance section, as you can exclusively modify the way recruits look in-game. As well as being able to change the look of their armour, clothing and weapon skins, there are a variety of options to make the characters you recruit your own. Appearance is below all of the armour and weapon modifications, and you’ll see at the bottom you can change the name of your characters, which is where you should start. As well as the name you can change their callsign from a set of random tags, the quotes adjective or descriptor in the middle of the name of every recruit that you save.

As well as being able to change their hairstyle and hair colour, you can add facial hair and hats, paint tattoos on your recruits and even add a series of facial and bodily scars to make them look like they’ve lived a life. Once you’re finished tinkering with this oddly deep character customization system, you should take them out into the field and level them up, so they can become a potent part of your team of soldiers. By bringing customization and lore to characters through custom design, you can create your own little narratives, which deepen the connection between the player and the soldiers on-screen – be warned though, it’ll make it much worse when they’re getting pulled apart by a Brumak.

So whats your favourite thing about Gears Tactics? Comment below and check out our full guide on Everything you need to know for Gears tactics.

Everything you need to know about Gears Tactics