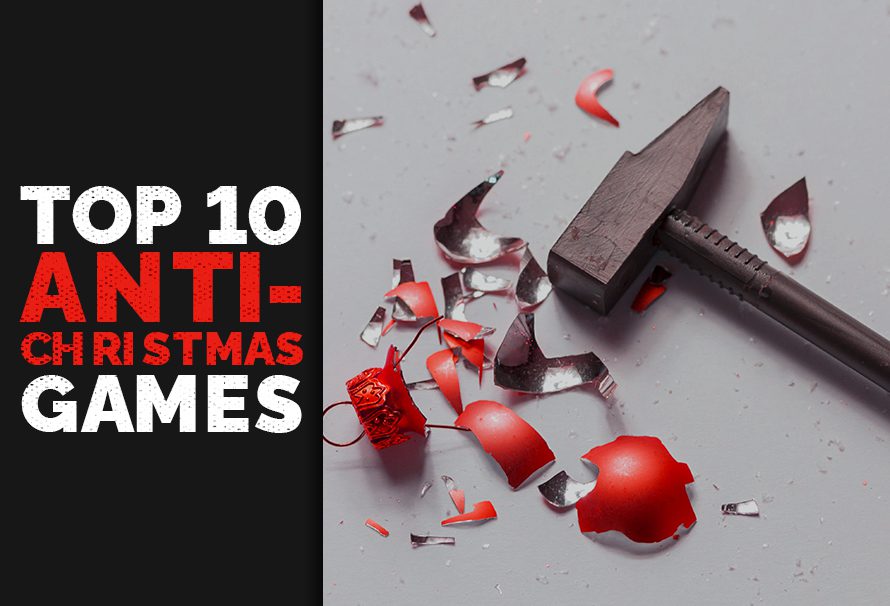 Thank the gods that’s over.

Christmas can be a lot of fun, but let’s face it. It’s tiring, you have to deal with your racist uncle yelling about immigrants over a dry turkey, and you didn’t get what you asked Santa for.

Bah, and I mean this most sincerely, humbug.

Thankfully video games exist and they can whisk you away from all this. So if you’ve had your fill of Christmas cheer or you just want to escape to somewhere less fraught with family drama, here are our top 10 anti-Christmas games.

You know what? Stuff it, make your own world. Make your own culture and country. One without Christmas or any red-suited large blokes plummeting down chimneys. In Civilization VI it’s up to you, and you can carve out whatever culture you want, free of relatives or turkey.

Set really far away and long ago, Star Wars Jedi features a different kind of religion – a space religion. Sometimes all you need is a solid single-player experience to isolate yourself from the overwhelming nature of Christmas, and Fallen Order does that perfectly.

Forget Christmas entirely by traveling to a time before Christmas. There are no red gentlemen dispensing gifts in ancient Greece after all, other than that jolly fellow Hades, and the only gift he gives out is eternal damnation.

Sometimes you just have to do it by yourself. Monster Hunter World lets you hunt down giant beasts, slay them, then take their spoils. Didn’t get what you wanted this year? Fine. You’ll get your own presents, and make your own clothes. You don’t need presents, you can make your own.

Co-op games bring people together. That is unless they’re blithering idiots who won’t chop tomatoes and insist on rotating endlessly next to the washing up. Learn the true meaning of hate in Overcooked 2, you’ll never look at your family the same way again.

Christmas is after all a religious holiday, so why not instead explore a “nightmarish world of twisted religion” in Blasphemous? There’s little less Christmassy than that.

You’ve spent the week with your family for the first time all year and frankly, you’ve had enough. So why not spend time with a much nicer family, the Bakers. Fun-loving, kind, but discreet, they’ll be sure to make your post-Christmas blues go away.

Space, the final frontier. It’s a largely secular affair too, you’ll find scant references to Christmas in any season of Star Trek. So combine the secular gift-free future with a VR helmet that literally lets you block out the cheer (and your family) and we think Star Trek: Bridge Crew is a perfect place to escape to when it all gets a bit too much.

Rip and tear until it is done. No we’re not talking about opening presents, we’re talking about sinful beings from beyond the hell-dimension. Play as the Doom Slayer and perform brutal takedowns of hellish foes across Mars and beyond, we can’t think of anything more un-Christmassy. Beautiful.

What’s your favourite escape from all the holiday cheer? Head on over to our Community Forum and have your say.