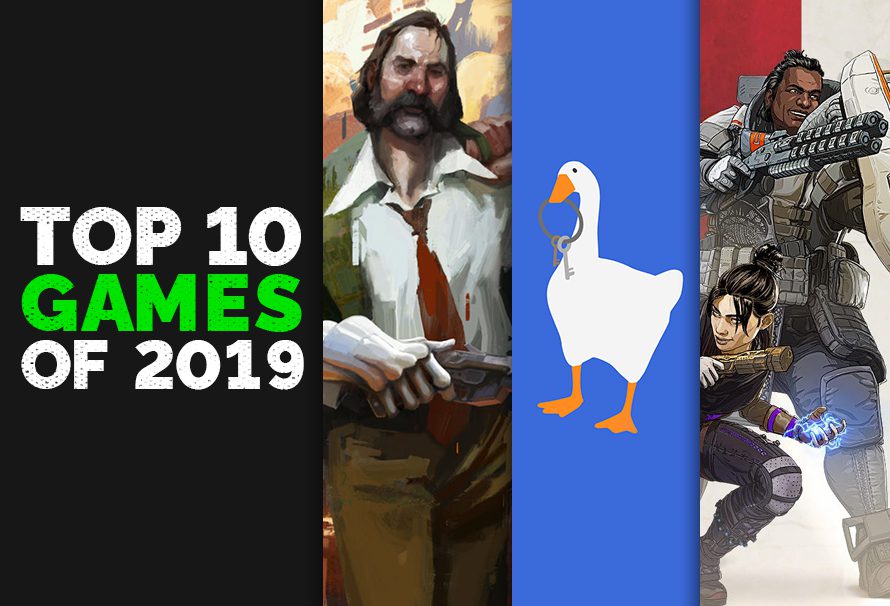 As we approach the end of 2019 it’s natural that we would all want to take stock on what we’ve learned, what we’ve played, and what made 2019 such a year. Other than the revolution of the planet round the sun, of course.

We’ve done all the hard work for you, ripping the year apart to feast on the tasty information nuggets that dwell deep within 2019’s body. So here, with some very scientific metrics, is our list of the top 10 PC games of 2019.

With a whole new dimension to explore along with a higher level cap and multiple new dungeons and raids, Final Fantasy XIV has never been better than during Shadowbringers. It proves that in the MMO world, Final Fantasy XIV is operating at the top of its game.

Capcom must have known they were onto something when they remade the second game in the series.Taking the approach to the game of not just enhancing it for modern audiences, but improving the game in almost every way, Resident Evil 2’s remake is a template that tells the world how to do this right.

Words make up how we communicate, how we think, and how we express ideas. So when something comes along that does something interesting with words, it’s time to sit up and pay attention. Disco Elysium this year showed us how a game can be dense with writing but also fun, playful, dark, depressing, thoughtful, and everything in between.

2019 might go down in the history books as the year battle royales invaded every game out there, but it’s never been bettered than in Apex Legends. With an ever-increasing roster of characters and new seasons changing up the game, it’s always the best time to dive in. And if you need a little help, head on over to our guide to learn how to be the Legend you deserve to be.

The Borderlands series mixes up shooting, RPGs, and comedy in equal measures, and that’s never been more the case than in the brilliant third main game in the series. Filled with more jokes than you can point a jokey stick at, it get the award for most laughs a minute in any game.

The Devil May Cry series has always excelled at one thing, and that’s the granular moment-to-moment feeling of the combat. Mastery of it is incredibly rewarding, and Devil May Cry 5’s approach perfects the series’ long standing love affair with brutal and brilliant combat.

3. Best Oh God Are Those Rats? – A Plague Tale: Innocence

A Plague Tale: Innocence has a lot going for it, but it’s never better or more disturbing than when you’re dealing with boiling infestations of plague-ridden rats. The way they’re animated and the threat they represent makes them truly one of the most chilling and tense additions to any game in 2019.

Destiny has a history of relaunching itself to critical and fan acclaim, and rarely has this been so successful and radical than with Shadowkeep, the latest expansion for the game. This saw the game launch onto a different platform with a whole host of updates and improvements, and in addition saw the base game become free to play, meaning the world is now full of fresh Guardians, lending new life to the game as we go into 2020.

The Call of Duty series has taken us on a wild ride, but it’s never been better and more popular than in its Modern Warfare setting. Call of Duty: Modern Warfare is a bombastic and heavily detailed military shooter with a brilliant campaign, as well as the ever-astounding and addictive multiplayer modes, making it no surprise that it sold so well in 2019.
That’s what 2019 looked like for us PC gamers, what about next year? Let us know your predictions over on the community forum.