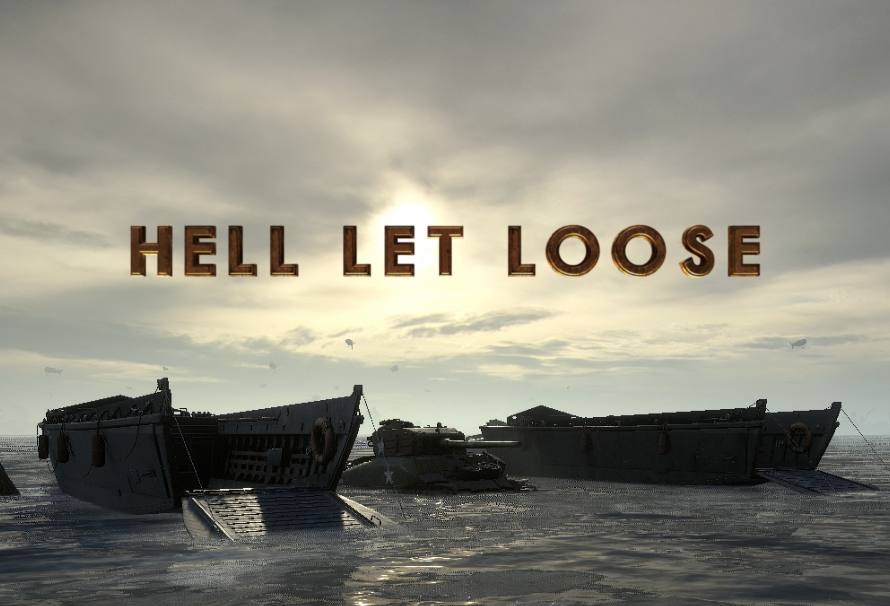 Operation Overlord has always provided an iconic setting in World War 2 games, there have been countless recreations over the years but Black Matter’s version might just be the best yet.

Utah Beach is the first major content patch released for the realistic WW2 FPS Hell Let Loose, which launched early this year on Steam Early Access, and with it has come the brand new map ‘Utah Beach’ as well as some other additions and balances. For the full patch notes, you can check out the Hell Let Loose Steam page.

Whilst the map might share some similarities to Sainte Marie Du Mont with large open fields and hedgerows running alongside the winding roads, there is a lot more diversity across the entire map and more areas that provide the intense firefight experience the game is looking to deliver.

Hill 5 sits almost central to the map, with trenches running all around it and large bunkers to set up machine-gun nests. As the name suggests, the whole area is a hill, if only slightly, meaning that teams wishing to assault the area are often fairly exposed to the bunkers

wide lines of sight. But with its central location on the map, it is also extremely vulnerable to flanks from any side. Should you decide to assault the area, take lots of smoke and stay low.

Next stop is WN5, with its large house at the centre, and numerous barns and outhouses providing lots of cover and places to set up garrisons. With its close proximity to the edge of the map, it is a difficult location to attack, with firefights often being long drawn out affairs. But call in some good air support and artillery strikes and you just might make enough of an opening to storm the area.

There is also the addition of the two new light tanks – the ‘Luchs’ on the German side and the ‘Stuart’ for the United States. These create new and exciting ways to play with their better manoeuvrability and rapid-firing weapons, they can be just as deadly as their larger counterparts if not dealt with quickly.

Update 1 has set a high bar for the game by delivering one of the best multiplayer maps in recent times.

Hell Let Loose is a game that relies on communication and teamwork. Utah beach offers the quintessential WW2 FPS experience that Hell Let Loose is going for, with its stunning location, packed full of strong vantage points, deadly flanking routes and some of the most intense gameplay on offer. There are plenty of opportunities for your squad to make game-changing flanking plays as well.

Since the games launch a few months ago Developers Black Matter has had a strong community presence, with constant discussion and clear communication on what is to be expected, something that is essential for an early access game. They’re looking to bring content patches roughly every six to eight weeks which will include things like new transport vehicles, flame throwers, new maps and improvements to movement, animations, audio and more.

Wanna know more about this squad-based World War 2 shooter? Check out our Everything You Need To Know article or head over to the Green Man Gaming store.