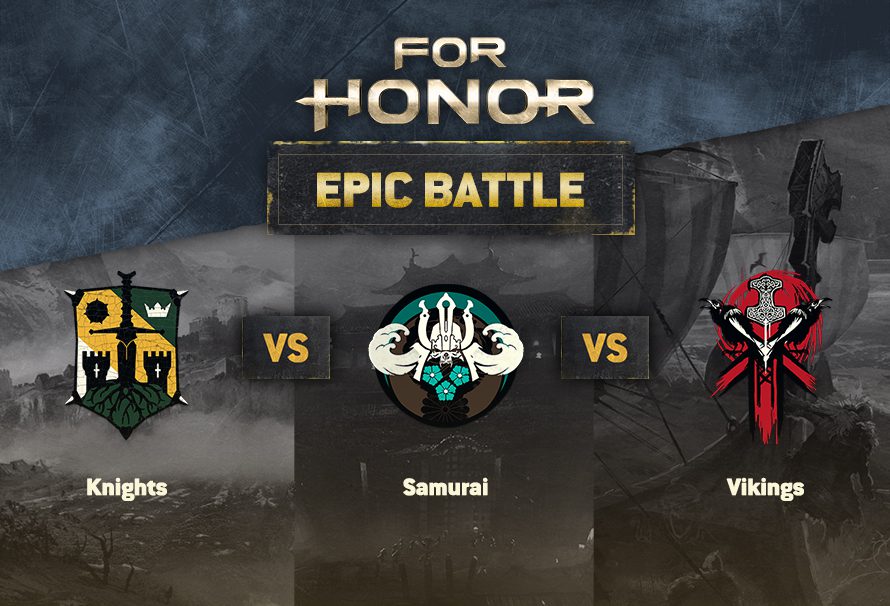 Across a bloody battleground the noble Knight, the savage Viking, and the poised Samurai face each other in brutal combat in Ubisoft’s upcoming For Honor. We’re incredibly excited about the release of this game and we needed to know the answer to a burning question: who is the best warrior? We decided to make them fight to the death until only one is left standing.

That does sound quite messy though and we don’t have enough space to hold a full arena in the office so we decided to do it on Twitter, in poll form!

Round 1: Knights vs Samurai

The bell rings and we’re off, first up is the Knight vs the Samurai! The Samurai took an early lead, evading the slow swings of the Knight’s sword and dancing around each attack. The Knight stabbed and swung to no avail, the Samurai dodging the Knight’s attacks with ease. Eventually it had to end, the Knight becoming weary and dropping their guard, leaving the Samurai to decapitate the Knight with one cruel stroke! Round one ends and the Samurai is the winner!

Round 2: Knight vs Viking

We had to draft in a new Knight for round two as the previous one is missing a few inches in the head department. Round two begins with the (new) Knight squaring off against the brutal fury of the Viking. This was a much more even battle, the Knight trading heavy bodyblows with the Viking. The sound of axe against sword ringing out across the nonexistent arena, with blood sending streaming arcs into the air. With a lucky strike, the Viking sent their axe firmly into the Knight’s torso, ripping a jagged hole in their armour. The Knight fell to the ground, their ruined body lying on the arena floor. Viking wins!

Round 3: Viking vs Samurai

The finalé is here! Viking vs Samurai, the two victors met to find out just who is the greatest warrior in For Honor. The Viking battles hard, spitting their fury against the poised precision of the Samurai, but they couldn’t beat the Samurai’s defence. It all ended as quickly as it started, with a precise strike to the Viking’s midriff. The Viking muttered a small prayer to Odin as the life left them, leaving the Samurai as the Greatest Warrior in For Honor!

For more polls and epic battles, follow us on Twitter! If you want to take part in battles like this, you can pre-purchase For Honor now!