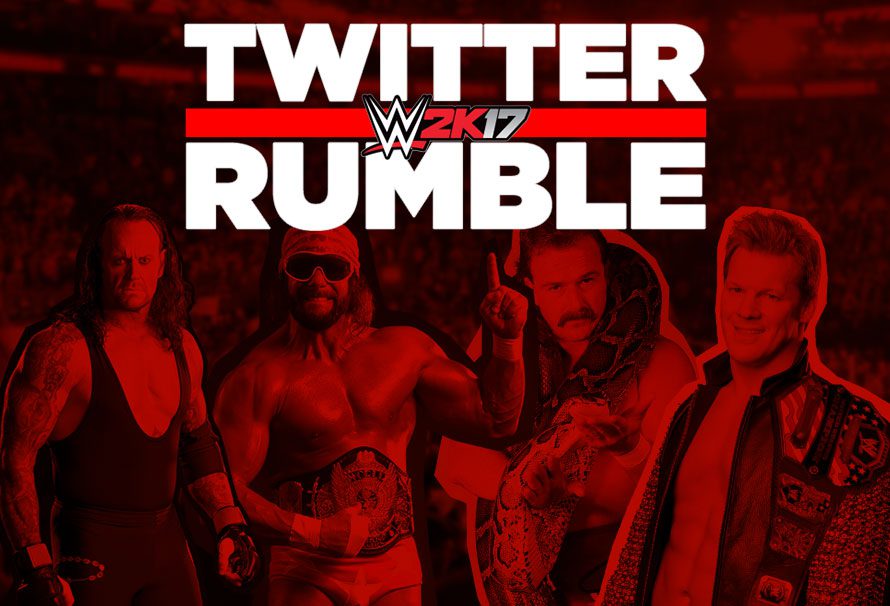 WWE2k17 has just smashed down onto PC, and we’re so excited about this we decided to ask the Green Man Gaming community who your favourite wrestler of all time was!

We gathered the answers and put them into the hyper-computer-o-tron (a spreadsheet) and calculated the top four. Then, it was time to RUMBLE. But first here’s our contenders!

Warning: I have no idea about wrestling.

First up we have Macho Man Randy Savage, who apparently is the most macho man there is. His beard is thick and fulsome as with all manly men and he wears sunglasses, all the better for hiding when he’s crying, sadness being the least macho emotion. His bandana hides many things, maybe hair, maybe secrets, maybe the ultimate wrestling move. Who knows! Well, Randy Savage knows. He is renowned throughout the wrestling world for his move, the Savage Express, where he jumps aboard a small novelty train and runs it brutally into his opponents. OUCH!

Jake the Snake’s name is actually a coincidence, he was called Jake the Snake fourteen years before he saw his first snake. This was due to an incident involving himself and a game of snakes and ladders, where legend has it he lost and beat his opponent senseless with the board. Years later and now a professional wrestler, he struck up an unlikely friendship with Gordon the Adder, who he uses to brutally whip his opponents into submission in the ring.

Chris Jericho, or Christopher Jerichopher to his friends, is a giant of a man. Named for the ancient city, he began his wrestling career as a humble bricklayer. Such was his bricklaying prowess, he began to gather nicknames like he gathered bricks under his massive arms. First he was called Chris Bolton, then Chris Houston, Chris Tokyo quickly followed. Soon he became known as Chris Jericho as no other city was comparable to his bricklaying prowess. He came to the attention of the WWE when he was seen on a talent show, bending bricks into pretzels using nothing but his mighty hands.

No-one knows how the Undertaker got his name or where he hails from. He has been seen throughout history, always around momentous events. Rumour has him seen on the Titanic before it sank, at the centre of the Tunguska event, and at Kitty Hawk just before the Wright brothers made their first flight. In a strange twist of fate, he is terrified of coffins and can only sleep when he’s been assured by his manager that there are no coffins in a three mile radius around him. His favourite colour is tangerine, and he loves the music of Hanson.

Now we’ve gathered our four fighters, it was time to fight! We asked our Twitter followers to vote on the winner, and here’s the results:

The votes are in for our #WWE2k17 poll and these are the top four wrestlers you chose! So we're gonna make them FIGHT FOR YOUR AMUSEMENT

It was almost close, but in the end THE UNDERTAKER was victorious! None could match him as he suplexed his way towards victory.

We can officially (not officially) crown THE UNDERTAKER as the world’s greatest wrestler of all time! Disagree with the result? Let us know below or tweet at us!

For more fights and rumbles, follow us on Twitter, and remember you can join in with the wrestling action by buying WWE2k17 now!