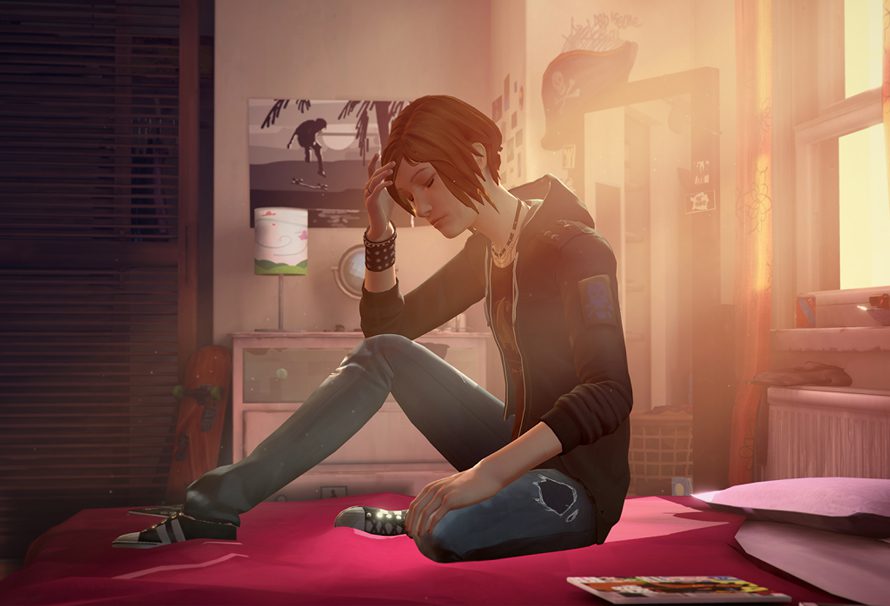 Thank you for your incredible support over the last few years. We know you have been eagerly anticipating what is next for Life is Strange so we really hope you enjoyed the announcement trailer for Life is Strange: Before the Storm and are looking forward to the release of the first episode on 31st August 2017 for Xbox One, PlayStation 4 and PC (Steam).

So yes, that means there are now TWO Life is Strange projects in development, with DONTNOD Entertainment having also recently announced that they are also working on a new game. You’ll be the first to hear when we have more news on their game but for now, let’s focus on the newly announced Life is Strange: Before the Storm.

Before the Storm is our reaction to so many of you asking for the chance to revisit Arcadia Bay. This is where Denver based Deck Nine Games come in. Deck Nine Games are veteran game developers who, although being a new narrative games studio, have an extremely talented team from videogames, TV and film and a powerful set of proprietary tools called Storyforge. Please join us in giving them a very warm welcome to the Life is Strange family. You’ll get to meet the team and see their fantastic work during E3. Be sure to tune into the IGN livestream on Monday 12th June at 12:00 noon Pacific for the world’s first gameplay reveal.

You will also no doubt be excited to hear that Ashly Burch, Chloe’s original voice actor, makes a welcome return to the family this time on writing duties. Fans of Ashly will know she’s an Emmy nominated writer and it’s great to have her writing dialogue for a new younger, 16 year old Chloe, this time voiced by extremely talented actress Rhianna DeVries.

Ashly is writing alongside a passionate and talented team of writers at Deck Nine lead by Lead Writer Zak Garriss. The writing team have been working hard to create a compelling and rich three episode story that’s set before the events of the first game and focuses on when Chloe meets Rachel. Unlike Max, Chloe has no rewind power, so we highly recommend you think before you speak..! Chloe’s sharp tongue will require her to live with whatever she says and as before, every single action and choice will have a direct consequence in the short, mid and long term.

We know that many of you would love to see more from Max. Due to the way in which the first game ended, we didn’t want to canonize one group of players’ choices over the other – a sentiment echoed strongly by our community. That being said, we will still be giving you one final chance to play as Max through the self-contained bonus “Farewell” episode, which takes place long before the events of Before the Storm. This stand-alone bonus episode, will release after episode 3, and is only available as part of the Deluxe Edition of Life is Strange: Before the Storm. Rest assured, anyone purchasing the complete season of Before the Storm will get the full story. Max’s ‘Farewell’ episode really is just a bonus episode for those who would like to play as her one final time.

Thank you once again, for all your dedication over recent years. We can’t wait to hear what you think about Life is Strange: Before the Storm. There will, of course, be many more details revealed during E3. Make sure you check out the below video, made by the team over at Deck Nine Games, as there are many new details in to dive into. There is also an FAQ here but as usual, do let us know if you have any other burning questions in the meantime!

The Life is Strange Team

Life Is Strange May Receive A Prequel