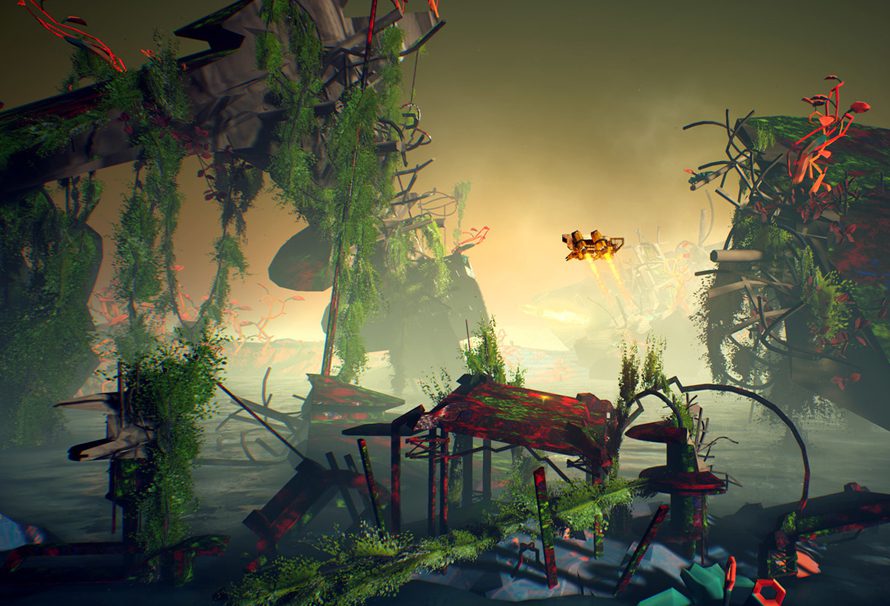 The Long Journey Home is a game about being lost in space and trying to establish you and the human race as a big player in the universe, as opposed to the tiny fish you start out as. Players will start off with a crew of four characters and your main mission is to explore the procedurally generated universe, making sure all the elder races that make up the region you’re in know just who you are, and what you’re about.

Even though the story in The Long Journey Home is very much what the player makes of it. ‘Sunless Sea’ writer Richard Cobbett takes the helm with the game’s major plot points and narrative snippets, describing the surrounding environment as soon as your crew lands on a planet to giving the player insight into ancient alien history. Some of the story might require some working out, as many of the aliens you meet who can give you info are translated from their respective languages, and as Star Trek taught us, translators aren’t perfect.

Players will get the opportunity to build their very own crew right from the very start. You will be able to choose four crew members from a list of ten pre-built characters who come with their own skillset, job and starting item.

The fabric of pace is a mystery to everyone, so making the universe procedurally generated in a video game is the perfect way to truly explore the unknown. In The Long Way Home’s procedural generation covers planets, climates, aliens and events. In theory this means that the missions you take, planets you explore and aliens you meet will be unique to you and your crew. The alien races will have pre-determined personalities however, which brings us onto…

As mentioned above the alien races will have a set of preprogrammed personalities as well as codes of conduct. Throughout your mission into deep space you will come across aliens who shoot first and ask questions later or demand you turn your shields down as a mark of respect before they even talk to you. So it is best to go into each encounter with a plan A and plan B, maybe a plan C, D and E just for good measure. If you’ve ever played older games like Star Control 2, and met aliens such as the Zot-Fot-Pik or the Orz, you’ll know just how important it is to understand actual ‘alien’ aliens, and The Long Journey Home brings that alienness to the fore with its roster of elder species.

Exploration in The Long Journey Home is mainly planetary with the planets restricted to a 2D view. Once you are on a planet this is when the procedural generation really kicks in and throws up some breathtaking sights. The main aim when you land on an unknown planet is to scavenge for resources and looks for alien artifacts, which will then cast a trail of secrets for you to follow as to where you are and the history of the cosmos. The potential to lose hours of gameplay here is unreal.

That is just some of the things you can expect from The Long Journey Home. Are you excited for this game? Let us know in the comments below.