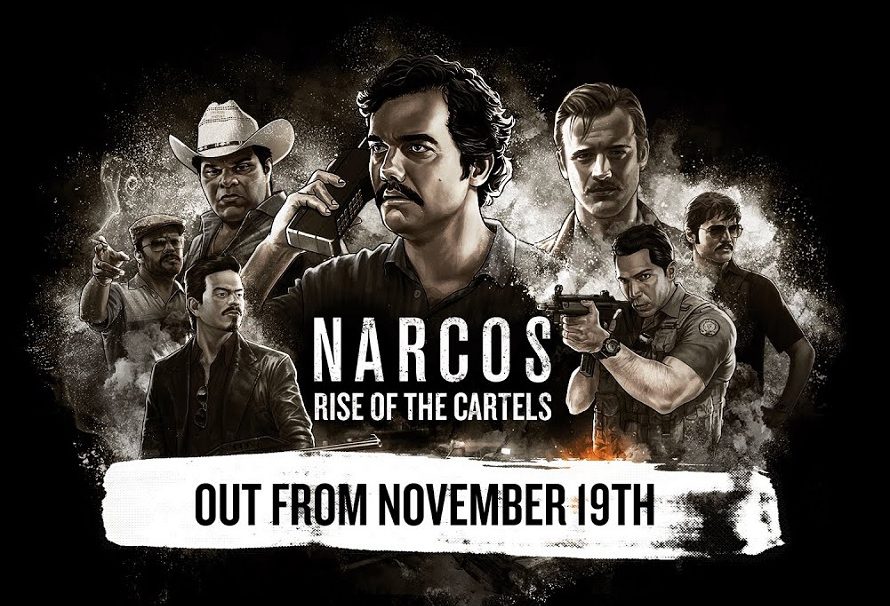 If you have a Netflix subscription, you’ll know that biographical crime drama Narcos and its Mexico-set spin-off are both extremely good examples of engrossing top drawer TV (and if you don’t, then well, shame on you then really).

Encapsulating much of what makes the television show so compelling, Curve Digital and Kuju are set to bring Narcos: Rise of the Cartels to PC and consoles this month. Here’s why fans of the series and turn-based strategy games in general should be excited.

An ideal fit for Netflix’s ambitious drama, Rise of the Cartels is a turn-based effort very much in the template of titles such as XCOM 2 and Phantom Doctrine. As you stalk your prey through the tightly knit streets and rooftops of 80s Medellín, you must use shrewd guerilla tactics, line of sight and cover to the best of your ability in order to be successful. In short, if you fancy some more turn-based tactical shenanigans in a fresh setting, then Narcos: Rise of the Cartels certainly has your back.

2. You Get To Play As Either The DEA Or The Bad Guys

One of the best things about the Narcos TV show is that it does a fantastic job of charting Pablo Escobar’s rise to power, not just from the perspective of the DEA (and real-life squad leader Steve Murphy), but also the numerous members of the Colombian drug cartels that allowed him to form his base of power. Rise of the Cartels is no different, as it allows players to experience the 1980s Colombian drug trade from both the perspective of the DEA and the drug lords in two seperate story campaigns.

3. It Encompasses The Events Of The First Season Of The TV Show

With three seasons under its belt and not including the Mexico-set spin-off, the developers behind Narcos: Rise of the Cartels certainly have a fair amount of material with which to draw from. Sensibly, they’ve opted to use the first season and the events contained therein as the basis for the game, meaning that folks who have yet to watch the seminal Netflix show can hop in right away without any hesitation.

4. There’s More Than One Type Of Soldier

Again tapping into its XCOM and Phantom Doctrine influences, Narcos: Rise of the Cartels employs a class system that allows players to hire and use different types of soldiers and operatives. As you might expect, each class type lends itself especially well to varying roles too. The Search Bloc troops are essentially scouts that specialise in identifying threats and moving quickly, while demolition specialists excel at destroying cover and creating distractions, allowing other members of the squad to pick off the enemy with ease.

Like any decent turn-based strategy effort worth its salt, Narcos: Rise of the Cartels provides players with plenty of creative latitude for progression, too. With each successful mission, enemy killed and objective completed, your active squad gains experience points which can then be traded in for a wide variety of skills, that in turn expand their capability for dealing with the much more difficult missions encountered later on in the game. Like most efforts from the turn-based genre, you’ll need to be careful with your upgraded squad members too, since when they’re gone – they’re gone for good.

Out on PC November 19th, you can check out Narcos: Rise of the Cartels on our website, or head over to the Green Man Gaming Community Site and join the conversation.