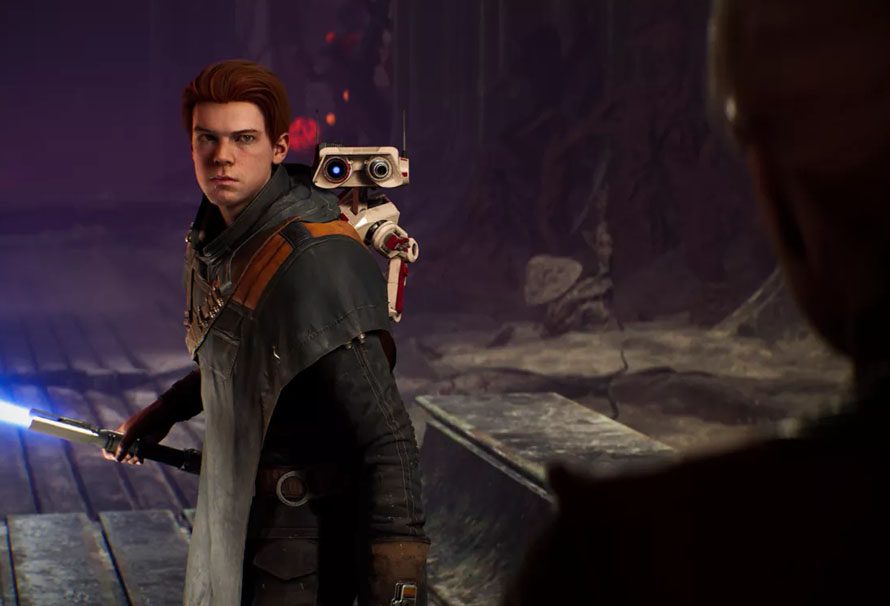 Not long ago in a galaxy near, near by, Star Wars games were two a penny. It felt like every time you turned around there was one popping out of the woodwork to shoot Han first or podracing down the high street.

These days they’re a little more spaced out. This week marks the release of Star Wars Jedi: Fallen Order, a game that looks to revitalise lightsaber combat and bring the action to life like never before.

With a new Star Wars game on the cusp of release, a new Star Wars film coming at the end of the year which follows up on the amazing The Last Jedi, and The Mandalorian wowing audiences, it feels like the perfect time to look back over where we’ve been, and talk up the absolute best Star Wars games you can play on PC.

Podracing was probably the only good thing introduced in the prequels, and the resulting game was one of the few good games to come from them. Racing has never felt faster in this high speed high stakes game of jet madness.

More ambitious than the previous game, better characters, so why isn’t this topping the list? Unfortunately it fell victim to the early-Obsidian curse. They didn’t have enough time or money to finish it off, leaving whole parts of it incomplete.

The first new Battlefront didn’t go down too well, but EA were listening and a whole raft of changes were implemented for the sequel. Battlefront II improves in almost every way, and even if you don’t play for long, it’s one of the most beautiful Star Wars experiences ever.

‘But it’s terrible’ I hear you mashing into your keyboards. Ah but have you tried it recently? Approach it like a free to play single player BioWare RPG and trust me, you’ll be satisfied.

The main story allowed a huge amount of freedom after the linear Dark Forces series of games, but it’s in the multiplayer that Jedi Academy really shines. Lightsaber duelling became an artform, bringing with it a whole community of lightsaber masters.

Pour one out for one of the greatest MMOs of all time. Sadly gone before its time twice, once in a retool that was poorly received and then finally closing down in 2011, Galaxies was the dream of MMOs made reality. If only every MMO could have such ambition.

X-Wing Alliance had it all, space dogfighting combat, all the ships, and even a sassy droid companion. X-Wing Alliance took the multiplayer X-Wing vs TIE Fighter, added a compelling story that spanned half the galaxy, and even let you start in a YT-model freighter.

The dark years of Star Wars fandom saw all manner of abominations see the light of day, but a shining beacon amongst it all was Republic Commando. A squad based FPS with a team of loveable clone troopers sank you right into the action, and FPS games were all the better for it.

What’s it like to be a baddie? TIE Fighter asked that question in what was not only a great space-sim dogfighter, but it also had an expansive story featuring fan favourite Grand Admiral Thrawne.

Knights of the Old Republic did that amazing thing that’s so rare in Star Wars. It did a prequel well. Set thousands of years before anything we’d seen before it introduced a great cast of characters and a plot that people still talk about to this day.
What’s your favourite Star Wars game on PC? Head on over to the forum and join the conversation and let us know.