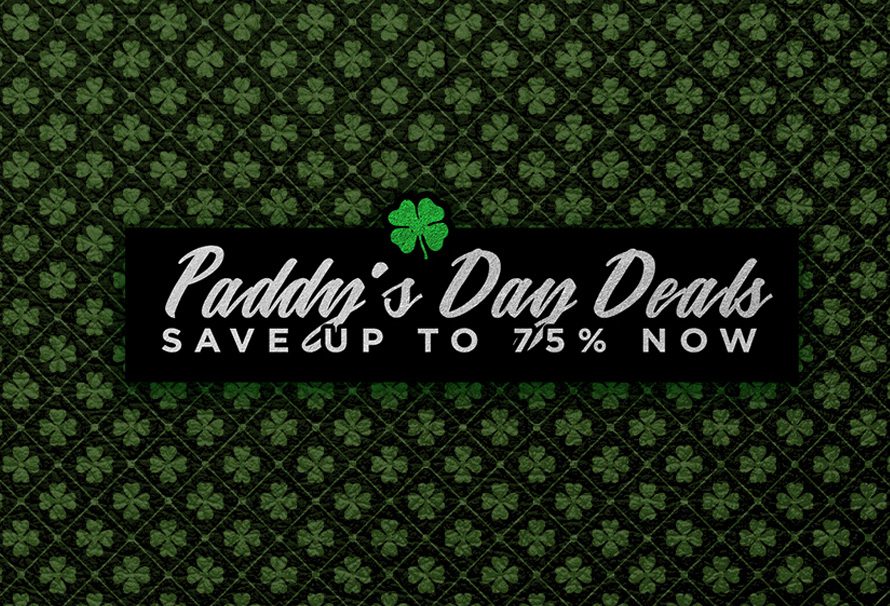 Top of the morning to…no, no I can’t do that. Sorry Ireland.

St. Patrick’s Day is fast approaching and every year we drop everything, get some green on ourselves, and try to save you some green (as in money, this is a very good joke).

There’s loads of games on sale this weekend. To try and help you out, here’s some top picks. Don’t forget you can browse the whole sale here.

Real life is just too cheery. Thankfully Frostpunk is here to fix that for us. Set in an ice-filled wasteland, it’s up to you to shepherd your fledgling society through the trials and tribulations of keeping everyone alive. Maybe you’ll succeed, maybe you’ll be deposed and forced to wander the cold alone. Let’s face it – you deserve it.

Finally we can put the age old question of ‘where does all the stock in fantasy shops come from?’ to rest. It comes from the shopkeep being a dungeon delving treasure seeker, of course. Explore, defeat monsters, fight huge bosses, and make a tidy profit. Capitalism ho!

Ori and the Blind Forest Definitive Edition – Save 50%

There’s quite a few emotions+jumping games now, but Ori and the Blind Forest is the definitive one. Which is good because it has a definitive edition. With tight platforming and inventive levels crossed with beautiful art and music, this is one that’s going to stay with you for a very long time.

In my house Hitman 2 is known as ‘fuck fuck fuck I didn’t see him there, reload’ but if you’re good at the game it becomes a huge toybox. A toybox filled with weapons, but still a toybox. Will you take out your target by throwing them off a cliff or will you poison their drink and strangle them in the toilet? I know which one I’m choosing. That’s right, messing it up and starting the level over.

No-one really expected Mad Max: Fury Road to be the best action film made, and yet it is. Mad Max the game doesn’t quite reach those dizzying heights but it comes damn close. Combining brilliant car-feel with some of the most beautiful and stark landscapes in the business, Mad Max is an open world action game that’ll leave you feeling satisfied and full of delicious sandy joy.

Obviously the best thing about Warhammer is the Skaven, that’s just an inarguable fact. So when developers Fatshark made Vermintide and its sequel, we finally got to go face to snoot with the ratty boys. If you’ve played Left 4 Dead, imagine that, but with buckets of Warhammer wonderfulness spread all over it like a virulent ratty plague. Beautiful.

Mechs mech everything better, so why not play a game where you’re in control of a whole mech load of them? As a mercenary (mech-enary?), it’s up to you to make money while keeping your pilots alive, and more importantly; keeping their mechs walking. With a new expansion and a load of game already in the base package, you’ll be Battleteching for a long while.

The dream of humanity has forever resided amongst the stars. And one day we’ll let slip the bonds of gravity and loose ourselves in those distant shores. While we’re there, let’s take over the whole thing and subjugate a load of aliens. Alright you don’t have to subjugate everyone, but it’s an option OK? One that Stellaris lets you explore, or not explore, to your space-hearts content.

Our Paddy’s Day Deals will be ongoing until the 18th of March, so head over now for maximum savings.