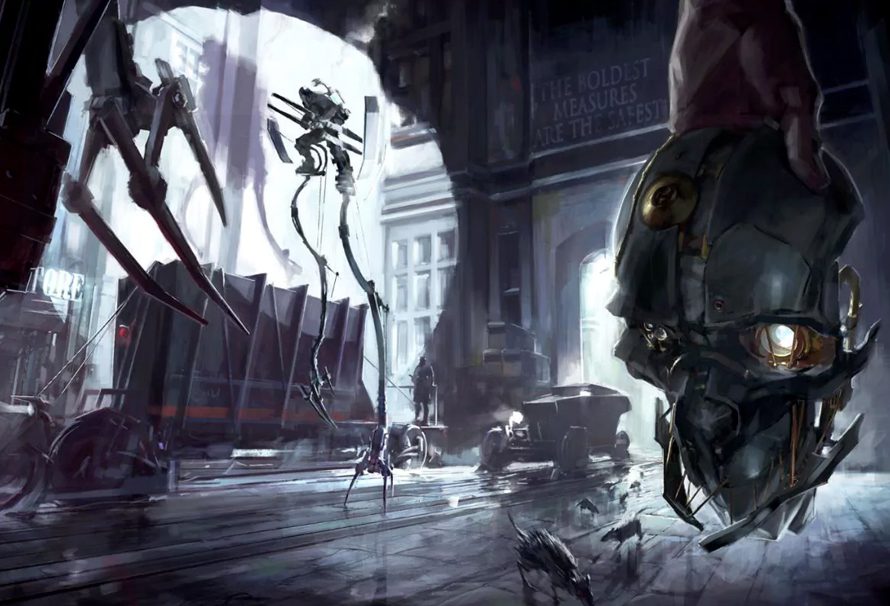 Back when it was first released in 2012, Dishonored paved the way for a new style of first person stealth game which truly allowed you to play your way. Whether you’re in to causing as much chaos as possible or becoming one with the shadows and silently taking out your enemies, Dishonored gave you the choice to become the assassin you always wanted to be. Here are the main reasons you should play the original Dishonored.

One of the best things about Dishonored is the powers and the creative ways you can use them to vanquish your enemies. You can do things like bend time, possess people, teleport and even summon a plague of ravenous rats to devour unsuspecting victims.

If you are able to master these powers, you will be able to do some pretty damn impressive things as demonstrated by this video below.

Freedom To Play How You Want

Dishonored gives you plenty of powers, weapons and gadgets. This in turn allows players to be as creative as they like when in comes to tackling missions. If you prefer to sneak through missions completely undetected you can. If using your powers for ultimate evil and leaving no living soul alive is more your thing then this option is available to you also. Just make sure you don’t get too cocky with your powers as you will get overwhelmed quite easily.

Dishonored prides itself with it AI, the Chaos system responds to how players play the game. The game world and AI will adapt to the players actions. The more destructive a player is the more chaotic the word will become. If players are unrelenting in their chaos the world will evolve into complete bedlam where NPC’s attack each other, plagues of rats become more frequent and the world through your eyes becomes more nightmarish. The chaos system is more of a measure of the worlds stability through your actions and less about morality.

The Origins Of Corvo Attano

Dishonored introduces you to Corvo Attano, the last bodyguard to the Empress of Dunwall. Corvo is framed for the Empress’s murder and he has to stop at nothing in order to clear his name and save the Empress’s daughter, Emily. As the story progresses you will learn how Corvo obtains his supernatural abilities and becomes one of the most feared assassins of the ages.

The capital of Griscol, Dunwall is an industrial whaling city with a heavy steam punk and gothic influence. Dunwall suffered a deadly rat plague in the mid 1830s and still hasn’t fully recovered. The city itself is rich in districts and places to explore and thanks to the chaos system, the city is able to evolve due to your actions. That’s not all as Dunwall suffers from extreme class devision and xenophobia which set some districts distinctly apart from others.

With the Wrenhaven River running right through the middle of the city Dunwall could also be compared to an 1800s style London and is a pure joy to explore.

If this has whetted your appetite to dive into the original Dishourned, you can grab a copy now from the Green Man Gaming Store.