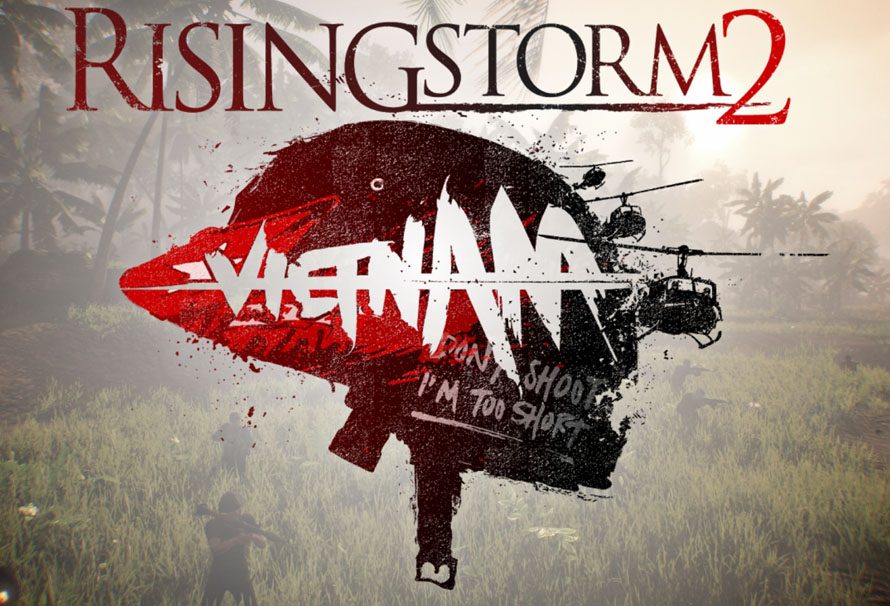 Rising Storm 2: Vietnam continues Tripwire Interactive’s series of ultra-realistic FPS games into a new age, the dawn of the modern war in Vietnam. Never mind boots on the ground, Rising Storm 2: Vietnam has your boots sink into the mud while bullets whistle through the air around you, each one certain death.

But it’s not the only war that the developers considered for a Rising Storm sequel. Did you know they considered lots of different conflicts before settling on this one? We have the inside scoop on the Rising Storm 2s that almost were:

Rising Storm 2: War of the Worlds

Did you know that originally there was going to be a Mars entry in the series? Featuring the little-known conflict of the Martian wars that occurred during the early part of the 20th century, it would’ve been us vs the Tripods, battling over red dunes to blow up the nefarious Martian bases.

The biggest conflict in the history of the universe, the ongoing war betwixt feline and canine would’ve been the setting for this entry in the Rising Storm series. Taking control of a dog or a cat, you’d use incredibly detailed and modelled weaponry to blow up your opponents and help win the war in historically accurate battlegrounds, such as Dog Harbour or Cat Castle.

Rising Storm 2: Terror from the Deep

Back in the 90s XCOM covered this underwater war against aquatic aliens, and we would’ve seen Tripwire take the Rising Storm series under the waves too. Armed solely with gauss guns, you would’ve shot and been shot at by lobstermen deep under the waves, trying to defend your planet from these evil underwater foes.

Amazingly, one of the ideas for a Rising Storm sequel was for it to become an intricately detailed football sim. You would’ve played off against a variety of football teams, each more nefarious than the last. Blasting them with foot and ball, you would’ve taken your team, Rising Storm United, to victory of the FA Cup. A shame we’ll never get to see it now.

Set in the last war between man and dragons, this version of the game would’ve featured exquisitely detailed dragons that with full physics allowing you to really feel like you actually were one of these 100% historically accurate beasts. Or you would’ve felt like a hero taking them down with the intricately modelled ballistae and spear throwers that you would’ve used to clip dragons on the wing and win the war for humanity.

The Belgian war of 1729-1974 would’ve been the setting for this entry, featuring the time the Belgians rose up and took control over the entire world, you would’ve played as a plucky rebellion fighter, keeping those dastardly Belges out of your home town. Alas, we shall never play this version, as all memory of this war has been written out of the history books due to ‘implausibility’.

So there you go, six versions of Rising Storm 2 that you’ll never get to see. At least you can have Rising Storm 2: Vietnam to play, which is out today and which features incredibly detailed battlefields and weaponry mixed with ultra realistic Rising Storm action.

(Note Tripwire lawyers, this article is a joke, please do not sue).

Worth a Buy? Kingdom Come: Deliverance - From The Ashes