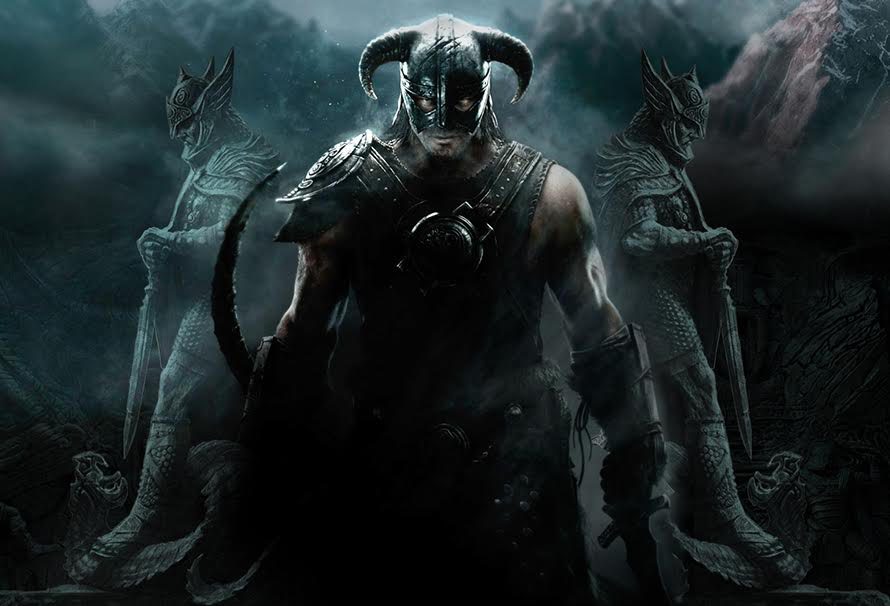 Last night we were invited by Bethesda to attend the worlds first ever ‘Skyrim In Concert’ at the Palladium in London, and we were treated to some of the best themes and tunes that the epic dragon slaying RPG has to offer.

The orchestra (who were dubbed as the Winterhold Symphony Orchestra and Choir for the evening) played some of the most classic Skyrim tracks, such as the ‘Theme of the Dragonborne‘ and ‘The Unbroken Road‘. Skyrim was not the only game that featured in the concert however, as the orchestra played medleys from both Oblivion and Morrowind as well.

For their encore they surprised us with a fantastic rendition of the Fallout 4 theme, just before they finished on a epic rendition of Skyrim’s ‘The One They Fear‘.

The evening wouldn’t have been complete without MC’s Cam Robinson and Seb Ford who did an awesome job at hosting for the evening. Their various jokes and references were great and they did a fantastic job of playing to the audience.

All in all this was an evening of epic proportions, we’d like to thank Bethesda for inviting us. Fingers crossed that they do a ‘Fallout In Concert’ sometime in the future.