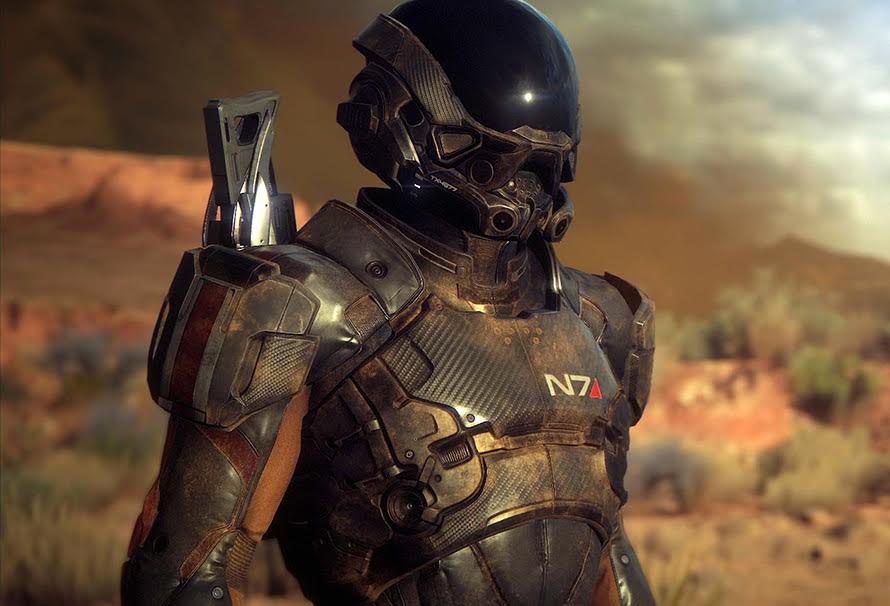 Off of the back of #N7Day yesterday, Bioware gave us a few nuggets of new info about Mass Effect Andromeda, plus a couple of awesome looking videos. So here is what we know.

One of the most noticeable changes in Mass Effect Andromeda is that the class system has been removed and replaced with a wider skill tree. Players can use this skill tree in order to specialise Ryder (the player controlled protagonist) in a particular field, which in turn unlocks bonuses for the play style you are specialising in. You do not have to focus on one specific play style though as there will be an opportunity in the games story to test the other play styles.

The trademark Paragon/Renegade dialogue system from the previous Mass Effect Trilogy has been replaced with a wider range of speech options. These options include heart, head, professional and casual speech options. It sounds a lot more diverse, it will be interesting to see how this new speech system plays out.

Bioware has promised that Andromeda will have more romance options than any other Bioware game. The developers are planning to broaden out the relationship system, for example some characters will want more of a long-term relationship, others, not so much.

Andromeda has implemented a new dynamic cover system which also works hand in hand with Ryder’s jetpack. This means you will be able to dash boost between cover. You will also be able to hover above ground to target enemies who are hidden behind cover, which is pretty handy.

Melee weapons have been included into Andromeda, so if you ever had the dream of wielding a sword or hammer in the Mass Effect universe then this will be music to your ears.

Squad mates make a return! (it wouldn’t really be a Mass effect game without them) At this time we don’t know how many squad mates you can have at your disposal but the overall dialogue count has increased. Only 2 of your squad mates have been named thus far, a human named Liam and an Asari who has been nicknamed Peebee. Unofficial leaked info has suggested 2 more squad mates, a Krogan named Drack and a female human named Cora.

You can explore planets in you Nomad. which is your Mako vehicle. The planets are pretty much free roam with a mixture of puzzle, story elements and battle scenarios that you can encounter. Much like Dragon-Age inquisition there will be boss battles that you will encounter which you may need to return to at a later stage.

4 major races have been speculated for Andromeda, Humans (obviously as Ryder is one), Salarian, Asari and Turians. Each of these races has an Ark which is lead by a Pathfinder, each of these Arcs are connected to the Nexus, which is the game’s answer to Citadels  from the previous Mass Effect trilogy. The Nexus made the journey to the Andromeda galaxy before the Arks turned up.

Ryder will have a twin sibling and their gender will be confirmed by what gender you choose for Ryder (So if you play as a female you will have a brother and vice versa). The cool thing here is you will be able to customise your twin’s look at the beginning of the game (how in depth the customisation is, is not known.), whats more if you start a new game plus you can choose to play as your twin.

The Ryder twins will also have a father (who can also be customised to the same extent as your twin) who’s job in the game is to be the Pathfinder of the human Arc. Sadly things don’t look too rosey for him as the box art of Mass Effect andromeda dos show a destroyed Arc. Eep.

Multiplayer plans to build upon Mass Effect 3’s horde mode, with a card based item system. This system lets you pay for more packs but everything can be unlocked though normal player progression. There will be events where you will face off against specific enemies for card themed rewards, there will also be a system for picking specific cards although this system does have a time limit.

So there you have it, that is all the information currently circulating around the internet. Check out the full cinematic trailer below and keep your eyes peel on Green Man Gaming for more Mass Effect Andromeda news as it surfaces.