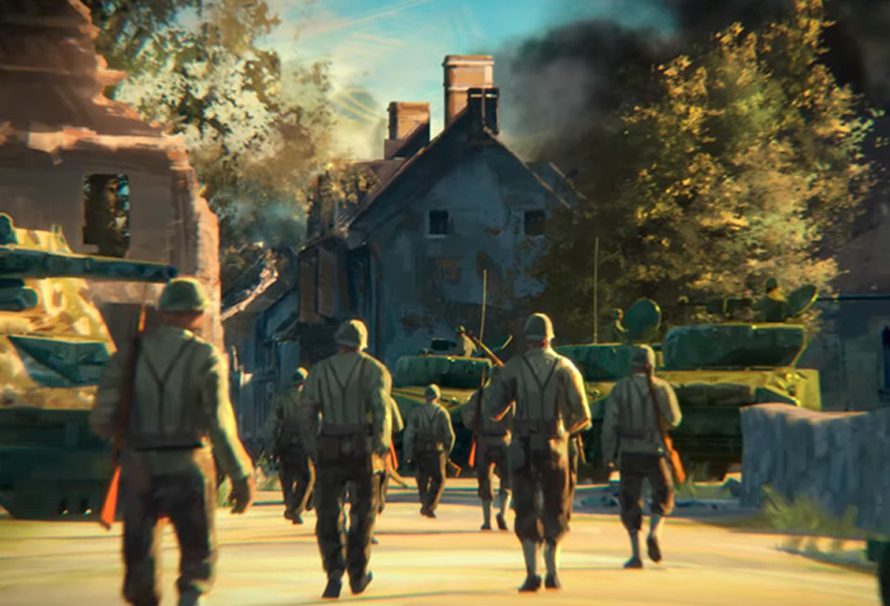 Steel Division has many levels of strategy and tactics that you can use to overcome your enemy. Because of this, you need to be aware of all the tools at your disposal, and make sure that you can read and use the battlefield for your own benefit, until you resemble the great General Eisenhower himself. We’ve got some tips to keep in mind before you start, so you can jump in and reach Berlin by teatime.

Cover is what is going to keep your units alive the longest, especially your infantry. The fields of Normandy are criss-crossed with hedgerows that stand taller than most tanks, and turn the battlefield into an ambush nightmare. These do provide heavy cover however (mouse over the land, if the mouse is green, it is heavy colour, yellow is light cover), and stop line of sight. If you need cover immediately, dive for a hedgerow. And remember, infantry can go through them, whereas vehicles can not – useful for escaping or sneaking up on vehicles, as infantry will plant anti-tank devices on vehicles when close enough.

Buildings provide some of the best cover in the game, as well as a huge bonus in area of sight, particularly tall buildings like churches. Buildings are typically situated in clusters, such as farms and small villages along roads, meaning that holding them gives you a big advantage in controlling an area. You can get units behind enemy lines and secure buildings to cut off enemy reinforcements, which is a huge bonus. There is a downside to garrisoning in buildings, however. Once a unit is in a building, it’s very easily targeted by artillery, as they can fire indirectly and through fog-of-war. Another good way to clear occupied buildings is to pin the enemy with fire, then charge some infantry up to the building to force a surrender.

Be Smart When Moving

This is Normandy 44, not Normandy 17, so there’s no trenches to man day and night. This war is all about mobility. Getting into position to ensure victory is the tricky part. As mentioned before, hedgerows give good cover as well as breaks in line of sight, so use them to get out of machine gun fire, or note which units carry smoke grenades. Different units also have special move orders. Some infantry have Hunt (Q), meaning they will engage any enemy they come across. Vehicles have Go Fast (F), which makes them prioritise speed by taking roads when possible (just don’t confuse it with hotkey G, which is reverse).

Yes, I know you want to jump straight into skirmishes, if not full-blown multiplayer. But wait, there is a very lean tutorial that is very much worth doing. The Boot Camp has several missions that cover the mechanics of the game, and help you understand the way everything works. And it doesn’t take long at all. Next you can move on to the Campaign, which features 3 separate campaigns featuring the US Airborne, the Panzer Division and Scottish Infantry. These feature missions that have unique objectives, getting you to learn the importance of certain parts of the game. For example in the first campaign mission you must simultaneously take and hold a village, and find and destroy enemy anti-tank guns. Doing this fast and efficiently leads to victory. The campaigns are not easy, and are an exciting challenge on their own.

The Frontline is Steel Division’s unique mechanic that shows the clash of areas of influence between opposing forces. If an area is behind your Frontline, it means you have vision of it, and your enemy does not. Outflanking, encircling, cutting off lines of support and supply is all key to defeating your enemy; if an enemy force is cut off, then they will be much more likely to surrender. There are some special ways certain units react with the Frontline however. Airbourne units (which you can tell by the wings on its name) have no morale penalties for being surrounded. Whereas Recon units generate no area of influence, so they cannot push the Frontline, which can be a plus or a negative. Keep an eye on the way the Frontline is moving, ideally you want to be outflanking and encircling the enemy to take them out quickly.

Those are our tips for Steel Division: Normandy 44. How are you finding the game?