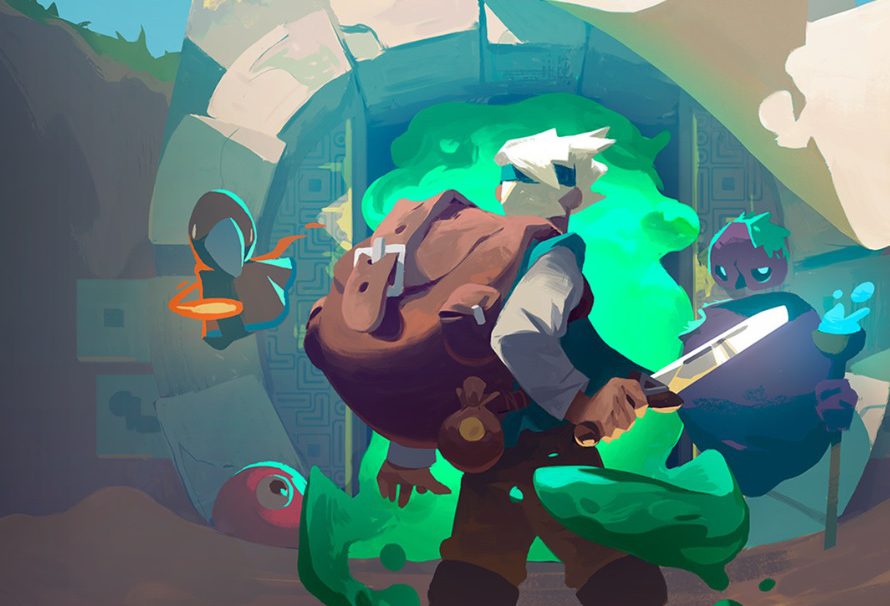 After a cracking hot summer, it’s pretty much par for the course here in the UK that such great weather is capped by a dismal period as we begin our gradual slide into autumn and march inexorably toward the frigid, wintery wastes that lay beyond.

Fear not, however – as we’ve put together a list of ten stellar indie games to whisk you away from the depressing prattle of the rain outside.

Based on the 90s comic book of the same name and created in the vein of those good old fashioned console RPGs from back in the day, Battle Chasers: Nightwar is a visually appealing tactical adventure with charm to spare. In addition to its attractive audiovisual presentation, Battle Chasers: Nightwar also boasts an engaging story, a cast of great characters and randomised level design which ensures that no two playthroughs are the same.

Bloodstained: Ritual of the Night

Designed by Koji Igarashi, the same talented chap who aided in the development of some of the finest Castlevania games ever made, Bloodstained: Ritual of the Night is arguably much more of a true successor to Castlevania: Symphony of the Night than anything Konami has released in the 22 years since. From the beautifully balanced platforming RPG gameplay to a range of unconventional beasties to vanquish (including a massive, demonic house cat), Bloodstained is pretty much essential.

Speaking of cats, and doing pretty much what it says on the tin, Cat Quest is just that – a quest, with cats in it. But wait! Peer beyond the alluring veneer of its whimsical presentation and you’ll discover an effortlessly charming and streamlined action RPG that has a veritable avalanche of fun quests, cute felines and spine-fracturing puns (oh my days, the puns).

A tactical, isometric RPG that brazenly wears its Power Rangers influence on its digital sleeves, Chroma Squad takes its homage and runs through the nearest brick wall with it, as players must cast actors, craft gear, upgrade their studios and fashion massive robots out of Blue Peter style cardboard and duct tape. If you like your strategy games with more than a dash of color and irreverent charm, then Chroma Squad is absolutely your huckleberry.

While the storm bruised clouds of Dear Esther’s Hebridian setting might seemingly mirror the frankly pants weather we’re expecting, its tale of loss, belonging and a mystery stretching over the course of decades all succeed in deftly whisking us away into a first-person adventure, and one that lingers long in the memory after the credits complete their roll.

Bleeding colour from every pixel art pore, this effervescent platforming adventure plonks players in the shoes of Robin, a mechanic on a dying planet who must use her technical skills to do good and help others. Stuffed with bucket loads of two-dimensional platforming bliss, fiendish puzzles and screen-filling bosses, Iconoclasts is a masterpiece that has been seven years in the making.

While the notion of the dungeon delving, hack and slash roguelike is hardly a groundbreaking concept, bolting on an extensive shop management aspect on the back of it all certainly is. This is Moonlighter then, a wonderfully intriguing genre effort where you’ll raid dungeons and stuff your shop with your spoils in order to sell them for a pretty penny, all the while a village stuffed with offbeat characters springs up around you.

It’s only fitting that with the real-life weather oscillating between drizzling and dreary that Seasons After Fall gives you the choice to change the season as you see fit. As a wild fox possessing the aforementioned ability to switch seasons, players must venture deep into a mystical forest in order to root out the corruption affecting it, all the while a delicate string quartet soundtrack provides the perfect compliment to the painterly visuals in this opulent platforming adventure.

A gorgeously presented and saccharine sweet world await those who delve into the depths of Songbird Symphony, a delightfully stress-free rhythm based platformer about a songbird called ‘birb’ (I kid you not) who embarks on a twee, musically infused journey of self-discovery. The feel-good game of the year? Quite possibly.

Flying in the face of the ill-founded notion that indies cannot be epic in scope, The Banner Saga Trilogy depicts a sweeping spectacle of Norse mythology as generations of men, giants and dark creatures do battle against the backdrop of the end of the world. Encompassing a dizzying marriage of turn-based combat, RPG elements, multi-branching Game of Thrones style plotlines and gorgeous Don Bluth animation, The Banner Saga Trilogy is quite simply a masterwork.