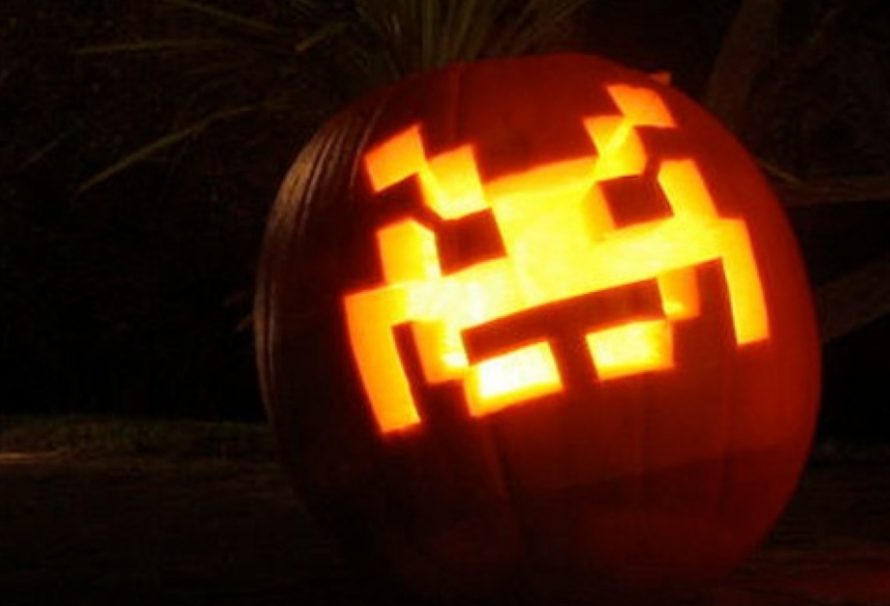 As we’ve grown older and distanced ourselves from the ambitious costumes and desire to chap on a stranger’s door for out of date chocolate, Halloween has become more of a close-quarters affair. Low-key fancy dress house parties and last-minute bin bag cutout costumes have become all the rage. Instead of going to all that effort, why not stay home and sink your vampire teeth into some Halloween-themed video games? Let’s run through a few of the best titles to play whilst you’re ignoring those knocks at your front door.

Easily the most popular and well supported asymmetrical horror game, Dead by Daylight is a multiplayer slasher with a fantastic community and a rogue’s gallery of nightmarish monsters to play as (or run away from.) Everyone from Halloween’s Michael Myers to the pig mask killer from Saw makes the cut, as well as a series of original characters crafted by the developers who will certainly give you the spooky treatment. A recent content pack added the world of Stranger Things into the game, which is naturally steeped in Halloween vibes. The DLC comes complete with Nancy Wheeler and a devilish Demogorgon. You can even unlock a Scoops Ahoy outfit for Steve Harrington if you really want to get into the costumed mood.

By far one of the most underrated series of games to arrive in the last decade, Costume Quest comes from the innovative team at Double Fine and asks the question… “what if we turned trick-or-treating into an RPG?” As the name suggests, you play as a group of neighbourhood children whose costumes give them superpowers to fight evil goblins and creeps. Whilst they look like adorable, candy-collecting friends in the real world, once battle arrives the costume questers become enormous, dangerous megazord-style versions of the robots, knights and unicorns that they’re dressing up as. It is a wonderful experience available on most platforms that holds up well today, and naturally it offers a number of brilliant belly-laughs thanks to Tim Schafer’s electric writing style.

Capcom’s big, silly homage to Dawn of the Dead is also one of the best horror series of all time and an unbeatable good time in co-op on Hallow’s Eve. Whilst the original may still be the best, the later games all have co-op functionality, including Dead Rising 2’s remix, Off the Record, where you can play as iconic series protagonists Frank West and Chuck Greene and slash through legions of docile zombies with a litany of makeshift equipment. It’s a daft gorefest that leans into the funny side of Halloween, and there are plenty of costume options if you want to customize how ridiculous your player character looks in cutscenes. Perhaps the game’s best feature are the Psychopaths, deranged inhabitants of the mall that embody humorous archetypes and offer engaging boss battles that demand tactical thinking and preparation.

Given that some of gaming’s most popular series are Horror games, you shouldn’t be stuck for choice outside of the honourable few we’ve recommended here. Hey, maybe you’ve still got Kojima’s P.T. on your PS4. In that case, it should be tradition that you go check on Lisa and the terrible jumpscare corridor, if you dare… Happy Halloween!

Facebook Twitter Google+ LinkedIn Pinterest Tumblr
Previous article Doctor Who: The Edge of Time to release in November
Next article Borderlands 2 VR: Everything You Need to Know