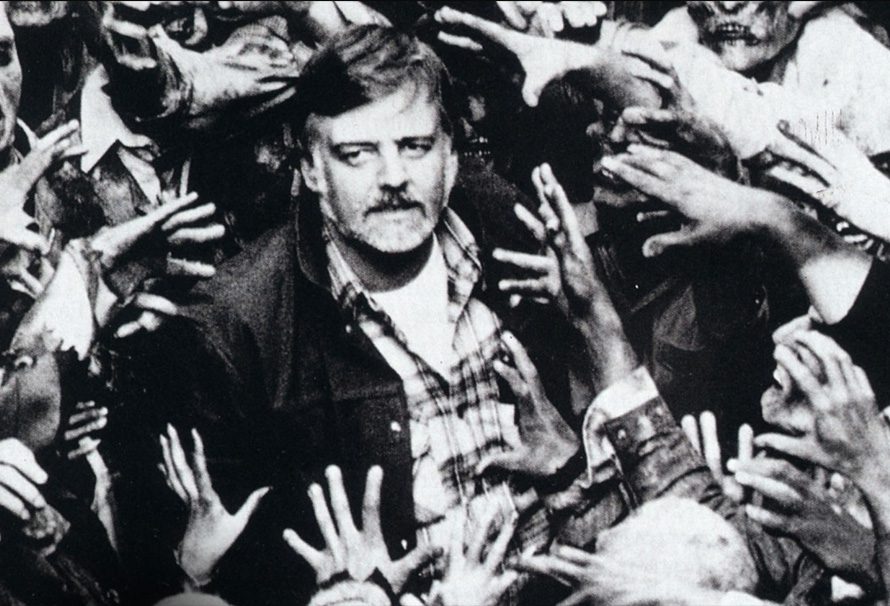 OVERKILL’s The Walking Dead is out now, bringing us bucketloads of gory zombie killing action with zombie killing pals. Will it join the pantheon of great zombie games? Only time will tell, but in celebration of it’s launch let’s talk zombie games.

In particular, the absolute best zombie games you can play on PC.

There’s a huge amount of ideas thrown into 7 Days to Die, it’s an FPS, it’s a tower defence, it’s a survival game, it’s open world, there’s just loads stuffed into this massive zombie survive-em-up. What makes it even more remarkable is that it’s still in Early Access, meaning what you play today won’t be the final thing. If you’re wanting zombies to be a real challenge and for every bit of progress to be tough as nails, then this is the game for you.

State of Decay is all about banding together and making it through the apocalypse. With a few survivors with you, your task is to make sure there’s food, supplies, and safety for all. What this game does that almost nothing else does is give you no protagonist. When you play, you play as one of your survivors, meaning if they die the game doesn’t end as you can hop into another survivor. That said, the person you just lost you may have invested hours into, and all that skill progression is now gone. So play at your risk, but definitely play.

Finally we know what would happen if someone was left in a mall with a few thousand zombies and decided to just mash items together in order to kill the undead. Traditional weapons are available, but why use them when you can dress in spangly hotpants, drive a tiny tricycle around, and lightsaber the hordes to death? I mean there’s also a story about your kid in there who’s been bitten, but in between that it’s CHAOS.

Whilst Oblivion might not be all zombies, there are zombies in it and they can be one of the more implacable foes in the game. You usually meet them at a point when you’re not really ready to take them on. In one of the first Ayleid Ruins I ventured into, I encountered a zombie that just ruined me. I ran away, leading the damn zombie to follow me out of the town and all the way back to Chorrol. They’re nightmares, and for this they deserve an entry on this list.

The quietest game about zombies, everything in The Walking Dead happens in a whisper. The first season is still one of the finest narrative adventures ever crafted. With emotional beat after emotional beat, you’ll be a wreck by the time you finish it. It garnered many awards after launch and for damned good reasons.

This zombie survival sandbox is one of the poster children for Early Access, being one of the first to get that title. Unlike many Early Access titles, Project Zomboid is often updated and refined, and it’s a vast and complicated simulation of surviving the zombie holocaust. You may not last long at the start but eventually you’ll get into the swing of the game, learning its systems, and then you’re on your way to being a zombie survival master.

One of the most commonly encountered enemies in Minecraft, the humble zombie will pop out of the night, caves, and sometimes even the canopy of forests to make you jump and tear your skin from your body. These green pals are a constant companion in Minecraft, and we love ’em.

No-one expected Plants vs Zombies to be as big a hit as it was, or to be as good as it was. A tower defence game with a huge amount of style, humour, and replayability, Plants vs Zombies is a game you can return to over and over again, and it’s hard to get tired of that little pop noise zombies make when they die.

Hard to remember now, but Left 4 Dead 2 was met with a boycott upon its launch. Admittedly a boycott that didn’t really have much of an effect, but one anyway. With not only a new campaign featuring four new characters, it now includes the levels from the first game, and added levels that show the two groups meeting. It’s a game that’s hard to get tired of, with the AI director always keeping you on your toes. And don’t forget it features the best catchphrase in any game: pills here!

Did we get your favourite or did we miss it out? No matter what, don’t forget that OVERKILL’s The Walking Dead is out now.