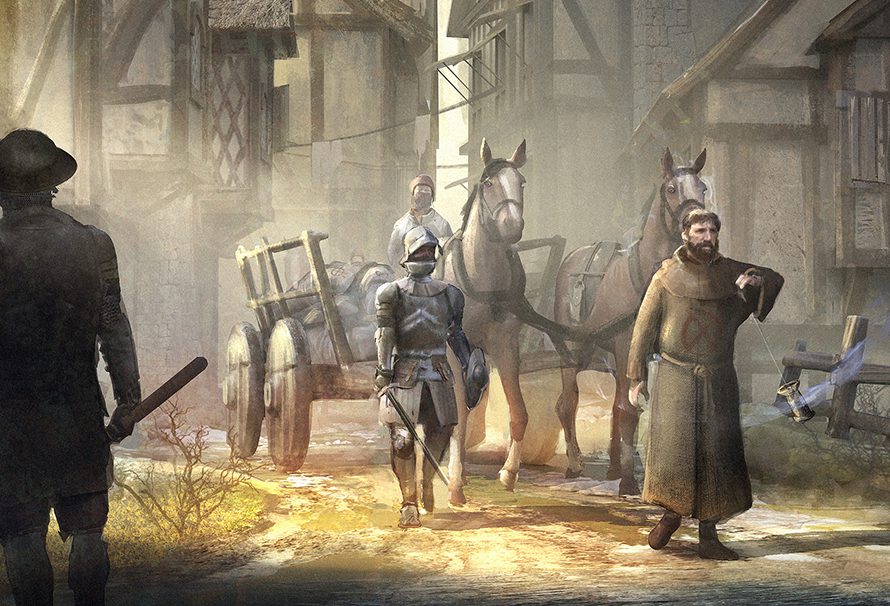 Knights have returned to the land of Mercia!

The knight is all about wearing the heaviest armour and wielding the biggest weapons. Equip yourself with full plate and a two handed sword and dish out your own brand of justice. Use your profession skill to check peoples true identity and bounty. Are they really are who they say they are? Do they have a bounty on their head? How you use this information is up to you!

The downtrodden will rise up and reclaim what is rightfully there’s, any way possible!

Thievery, deceit and murder. The Outlaws specialize in the underhanded. They can pose as other professions, craft counterfeit items, create rudimentary weapons and use their profession skill to steal directly from other players inventories! A profession for those who don’t want to play by the rules.

The skill tree has been long overdue and update and in V0.09 we have completed replaced the whole system.

New UI, new icons and most importantly triple the amount of skills!

Currently some of the skills aren’t functioning, but with the base system in we can now focus on fixing the bugs and adding even more unlock-able skills!

The Wellness system and thirst

We’ve added thirst in addition to the ever-present hunger. Meaning players will have to ensure they always have something to drink. But you might want to think twice about drinking dirty water from a puddle…

The new wellness mechanic adds more depth to the sickness in the game. The system is split into two areas; States and Symptoms.

States like fatigue, hunger, thirsty and temperature, if not kept in check will make you more susceptible to getting sicknesses.

Sicknesses or ‘Symptoms’ range from things like headaches and nausea to devastating sickness like the bubonic plague.

Each symptom has its own behind the scenes effects as well as its own visual effect on your character. An example being migraine, which, while you have it, slows your XP gain and adds on screen effects!

Scavenge the land for resources to help you survive!

We’ve added the ability to forage! Certain areas in game (wood, puddles) will allow you to forage them for additional supplies. Simply look at the area you wish to forage, if you are able to forage a UI prompt will appear, simply left mouse click or press “E”.

This is a brand new system for V0.09 and as such needs tweaking and bug fixing! We’re very keen to hear your feedback!

Another brand new system for V0.09.

The harsh weather of the Kingdom of Mercia means that food will spoil if left too long, becoming dangerous to eat. Simple foods like berries and apples become rotten quickly. So if you plan on journeying across the kingdom it is advised to cook your meat or make your own bread, a much longer lasting, heartier meal. With much of the population of the land of Mercia taken by the plague, Merchant and Peasants food crafting skills are heavily in demand.

You can now craft and place your own utilities and cosmetic objects! Here is the full list:

As Mercia recovers new houses have been built across the land! Mostly hovels, but shelter none the less.

Over 30 new hovels have been placed throughout Mercia. Available for 120 gold each these provide a entry level place to live for new players.

But in all honesty they’re pretty horrible places to live…

On returning to play you will now be greeted with your current character! From this screen you can continue your character, start a new one or just admire yourself for a while.

As mentioned in the previous blog post we’ve made various back end amendments and fixes. This includes server side saving which should resolve many exploits.

This also means we will be able to offer better customer support in future – more news on this soon!

We have received your submissions and picked the top 5 names to add in this update!

We have also selected the player written book to add for this update!

Congratulations to Dejan Markovic for his submission of “The Battle of Strumble Pass” ! The whole team enjoyed the story and felt like it was rooted in the world, look out for this book in game! There will be plenty more coming.

Here is an awesome trailer in which we detail the new update’s features!