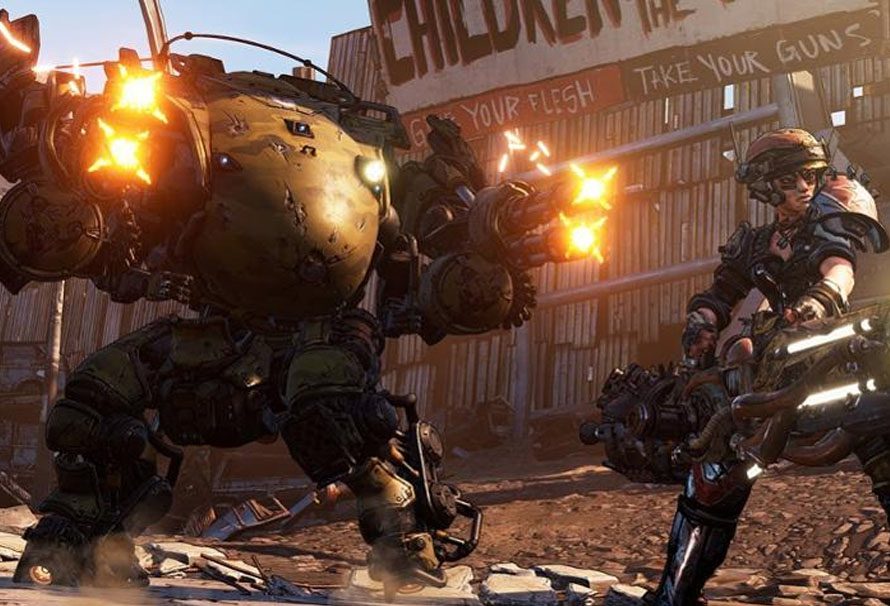 The Borderlands series could’ve gone in two directions, one is a gritty look at a semi-post-apocalyptic Western themed planet, and the other is a cartoonish explosive hilarious shooter with lashings of loot and a quip on its lips.

As you no doubt know, we got the second. And having seen the concept art for the original gritty version, we’re incredibly glad we did.

With Borderlands 3 launching, promising hours upon hours of co-op action and more jokes than you can shake a jokey stick at, we thought it was the perfect time to look back over the series and remember some of the funniest moments in Borderlands history.

Handsome Jack’s a great villain. He thinks he’s right but he’s also an utter bastard, often calling the team of vault hunters to taunt them. He’s so rich, you know, that he bought a horse made of diamonds and named it Butt Stallion.

The joke’s great on its own because of the incongruity between the taunt and the name, but it gets even better when you meet Butt Stallion later in Tiny Tina’s Assault on Dragon Keep, and again in Tales from the Borderlands. Live on, Butt Stallion.

It’s a simple quest in Borderlands 2, shoot Face McShooty in the face. Go on, he wants you to. Please. Shoot him. It’s just a bullet, do it.

There’s no possibility of anyone playing Borderlands 2 and not remembering our friend Face McShooty and his penchant for bullets to the face.

In Tales from the Borderlands, there’s a magnificent moment that combines not only comedy but pure action, it’s when main character Rhys has a shootout with a cohort of suited Hyperion goons…using nothing but finger guns.

It’s as ridiculous as it sounds, and it’s a neat twist on the douchey finger gunning that the Hyperion suits get up to in the rest of the game. It’s guaranteed to put a smile on your face.

Obviously Tiny Tina is the best character in all of Borderlands – obviously. In Tiny Tina’s Assault on Dragon Keep DLC she gets to helm her own Dungeons and Dragons campaign.

The problem? She’s not really done it before.

The adventure is filled with missteps and retcons, and it’s never better than when you run into an area to find it filled with high level mobs that you haven’t a hope of taking down. That is, until Tiny Tina tells you that she hasn’t balanced the area yet, drastically dropping the creature’s levels in a mad panic. A very familiar moment for any new Dungeon Master.

Handsome Jack isn’t just calling you all the time in Borderlands 2 to taunt you, sometimes he wants to offer you some tasty Eridium. All you have to do is kill yourself. Just jump off Lover’s Leap and die. He’ll reward you when you’re reconstituted.

It sums up Handsome Jack’s approach to villainy perfectly, and even though you get more XP for not doing it, it makes for a hilarious moment to have the team voluntarily leap to their deaths.

What’s your favorite funny moment from the Borderlands series? Let us know in the comments below or over on our forum. Borderlands 3 is out now, and you can pick it up right here.