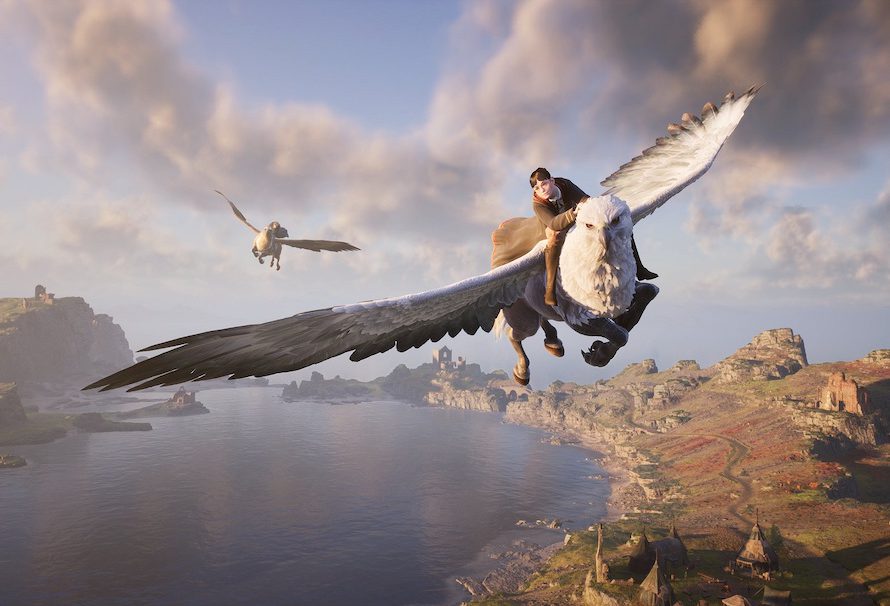 At Green Man Gaming, we’re just a bunch of happy gamers, as you might have expected from us. Among our team we have hardcore PC gaming aficionados, of course, but we take pride in the wildly different backgrounds and favorite genres/franchises of our staff members. Therefore, we are all looking forward to different things to play in 2021!

Are you curious to find out at least some of the most anticipated 2021 titles among the Green Man Gaming team? We definitely are, and that’s why we asked a few colleagues from different parts of the business to reveal for you blog readers which is the game they are looking forward the most among those releasing next year. Are you ready for some unexpected picks? Enjoy!

I am most looking forward to HITMAN III in 2021! HITMAN 2 was a spectacular combination of nonsense and murder, and I fully look forward to what antics we’ll be able to get up to with Agent 47 as he travels the world, stealth killing at Diana’s command.

He asks no questions, he leaves no trace, but he might pacify you with an expired can of spaghetti sauce. And he definitely sprints through the levels being chased by every available guard, screaming “Where’s the exit??”… Or at least he does when I’m in control.

I know, I’m a nostalgic guy. That’s the main reason why my most anticipated game of 2021 (honorable mention for Halo Infinite) is the sequel to a 1999 game that I simply adored as a kid. I’m clearly talking about New Pokémon Snap, coming to Nintendo Switch hopefully in 2021 and developed – surprisingly – by Bandai Namco.

Difficult to explain the charm of Pokémon Snap: it’s a cozy on-rail game where you are tasked to find and photograph as many wild Pocket Monsters as possible, trying also to make your shots artistic masterpieces by shooting pics at the best angle, distance or having more than one Pokémon in the frame. I know, it sounds SO BORING and it actually kinda is, but it’s the good kind of chill game you relax to and it allows you to see how Pokémon behave outside of battles. Pokémon is probably my favorite brand but I’ve actually become indifferent to the mainline games lately, finding them too samey and lacking innovation, but bringing back such a quirky spin-off from the ‘90s is making my heart beat faster and faster.

Currently I’m most looking forward to Humankind! With more hours than I’d like to admit spent on Civilization IV and then VI (I somehow just ended skipping V altogether) it’s exciting to see someone take the classic 4x formula and try something new with it.

The early gameplay looks promising and the team’s unique take on mechanics like Religion, Culture and Diplomacy means I’m really looking forward to stepping back into the world of hexagonal world domination simulators!

The game I’m mostly looking forward to getting my paws on in 2021 is Stray. Dangled like a piece of yarn back in January at Sony’s Future of Gaming event, I’ve been anticipating this game the most. Stray is a 3rd person cat adventure set in a futuristic cyber town.

You’ll be free to roam the Cybercity, a place where the name of the game is stealth, and with the help of your very own droid friend you’ll attempt to unravel the ancient mystery and escape the wretched neon-lit urban jungle. Toe beans and a backpack, this game already has me purring.

For 2021 the game I’m most looking forward to is the Mass Effect: Legendary Edition! The Mass Effect series has always been my all time favourite game (I remember my brother getting it for Christmas back in 2007, and I was like… Can I play now? It just looked so good and I love anything Sci-fi), and now I get the chance to play it all again with refreshed and updated visuals.

If this wasn’t cool enough, it seems like there’s going to be a brand new game in the series as well down the line, which just got announced at The Game Awards! All in all, I would say hands down that Mass Effect: Legendary Edition is one of the main games I’m looking forward to plY next year. Of course there are other ones as well, but that is my #1 pick!

If you are anything like me, then you have spent the last 5 years since the release of the first Vermintide game thinking “why is there not a Warhammer 40k version of this?”. Finally some good news came in 2020: Fatshark are making a 40k version by the name of Darktide and it looks amazing.  Scores of cultists to shoot? Yes. Poxwalkers ready for the mean end of a chainsword? Yes. A ministorum priest screaming “burn the heretic” while they murdernate everything in sight with a goddamn thunder hammer? SHUT UP AND TAKE MY MONEY.

The Vermintide formula has been a huge success and I am extremely hopeful that Darktide will give us all the goodness that Fatshark have been refining over the last 2 Vermintide games and really deliver the action game that Warhammer fans are constantly crying out for.

This is us, but what about you? Which is your most anticipated 2021 game?