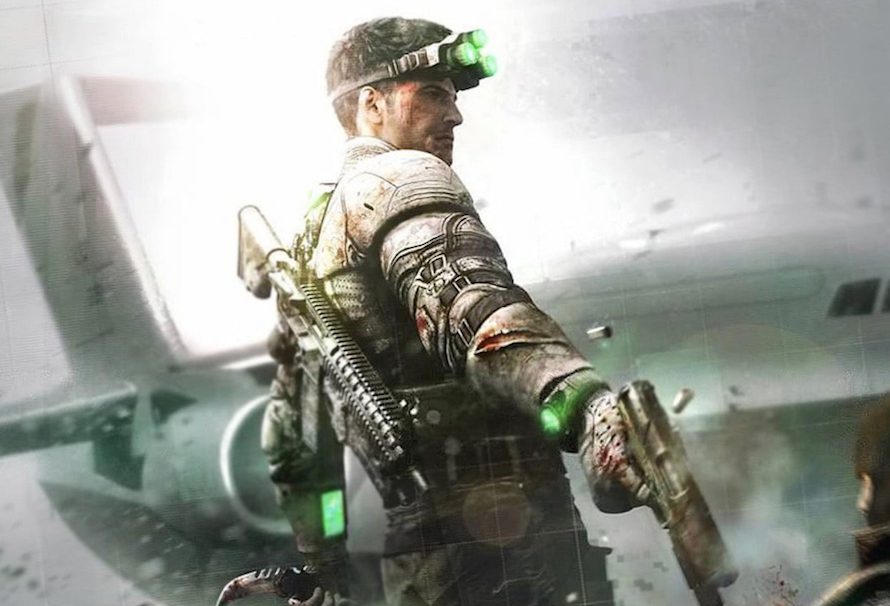 Despite Ubisoft not releasing any new Splinter Cell titles since 2013, but seemingly content to tease lead man Sam Fisher in a range of cheeky crossovers in games such as Ghost Recon: Wildlands, Breakpoint and the forthcoming mobile title Elite Squad, it’s fair to say that fans of the long running stealth series have been pretty much starved for a new entry.

So, in an attempt to rebuff a wave of crushing bitterness, here are a whole bunch of things that we would love to see in a new Splinter Cell title!

The last core Splinter Cell title that was lucky enough to boast Mr. Ironside’s not-so-dulcet tones as everyone’s favourite Tom Clancy superspy was in 2010’s Splinter Cell: Conviction. Since then he’s also taken up the role for some Splinter Cell themed DLC in the Ghost Recon franchise, but other than that – nada, nothing, zilch. A travesty. Look, Michael Ironside is Sam Fisher and the sooner we get his gravelly goodness back in the voice actor booth the better.

Split Jumps – We need them

One of the earliest (and coolest) memories I have of watching a Splinter Cell playthrough was watching someone kick off a wall and stand in a split posture above unsuspecting enemies, before dropping down on top of them for a swift knockout. Though it’s a touch gimmicky I’ll admit, it would still be great to have that extra option for surveilling and immobilising adversaries in tighter corridors.

Split-Screen Co-op Multiplayer Is A Must

Sadly absent from the PC version of Splinter Cell: Blacklist, the console versions of Blacklist had fantastic local co-operative multiplayer modes, where two players could tackle a range of story-driven missions together. Superbly structured missions that provided a wealth of different ways to play, these scenarios were easily one the biggest highlights of the entire package and endure even today as some of the best co-op modes ever seen in a video game. So yeah, this absolutely needs to be a thing in the next Splinter Cell title.

Bring Back Spies Vs Mercenaries

A much loved competitive multiplayer mode, the return of Splinter Cell’s Spies vs. Mercenaries would not only be greatly overdue (like the game itself), but it would also allow Ubisoft to have another hot, online multiplayer focussed component that gamers who wouldn’t normally play Splinter Cell could flock to. More than that, Spies vs. Mercenaries was just simply a lot of fun, as each side had to maximise the innate strengths of either being a stealthy spy or a loud and confrontational mercenary in order to win. Good times indeed.

It Doesn’t Need To Be An Open World Effort. At All

Clearly, one of the main reasons why we haven’t seen a new Splinter Cell title in recent times is because Ubisoft hasn’t been able to figure out a way to apply its open world template to the franchise.

In actuality this is a good thing, because Splinter Cell has always been a much more narrowly focussed and largely linear affair. Sure, there have been missions in previous games in which the player was granted ample freedom in regards to infiltrating a building, or reaching an objective, but such freedom was always granted within a rigidly constructed map with an overall linear structure.

Having good ol’ Sam spend his time running from icon to icon across a humongous map, while completing a series of identikit side tasks, fundamentally isn’t and wouldn’t be the Splinter Cell that we know and love.

Arguably one of the most significant advancements that Splinter Cell: Blacklist brought to the series was the notion of different playstyles, and most notably, how the game would reward you for staying true to each. With total evasion being encompassed by the Ghost skill tree, silent murder being taken care of by the Panther skill tree and all-out confrontation embodied by the Assault tree, there was no shortage of ways to approach the game – and while die-hard fans have argued that this detracted from the series, it actually opened up Splinter Cell to a wider audience while maintaining the essence of the franchise.

For a new Splinter Cell to be successful, the same creative latitude needs to be applied in such a way that it doesn’t alienate existing players who crave that hardcore stealth gameplay, but also appeals to newcomers who wouldn’t ordinarily dip their toes in stealthy waters.

An enduring highlight of the later Splinter Cell games was in how the campaign (and in the case of Blacklist, all of its modes) took you to a range of different countries, cities and towns across the globe. From Egypt to Cairo, London and just about everywhere in between, to say that the Splinter Cell games made ample use of Sam Fisher’s passport would be an understatement and would be something that we would love to see return in a new series entry.

As much as Sam Fisher is a capable operative with his hands, feet, blades and firearms, he is also adept at leveraging cutting-edge gadgets and tools to get an upper hand on his foes. From a range of distraction devices, bombs, grenades and drones, Sam was almost always the most technologically advanced and capable individual in any situation and with the advancement of technology in the years since the last game, we’d love to see the sort of premium toys that Sam could get his paws on.

Assuming that a new Splinter Cell title would release in the next three years, it would certainly stand to benefit from next-generation visual technology in a way that would realise its setting like never before. Hardware accelerated ray tracing could be used to accentuate the series trademark shadow and lighting work, whereas 4K resolution and increased texture detail could be employed to really bring out the most in Sam’s globetrotting adventures. In the meantime, I’ll just sit here drooling at the prospect of a next-gen developed Splinter Cell title and what it might look like.

Facebook Twitter Google+ LinkedIn Pinterest Tumblr
Previous article The Last of Us Part 2 Length: How many chapters are there in the game?
Next article Destiny 2: Beyond Light - What’s new