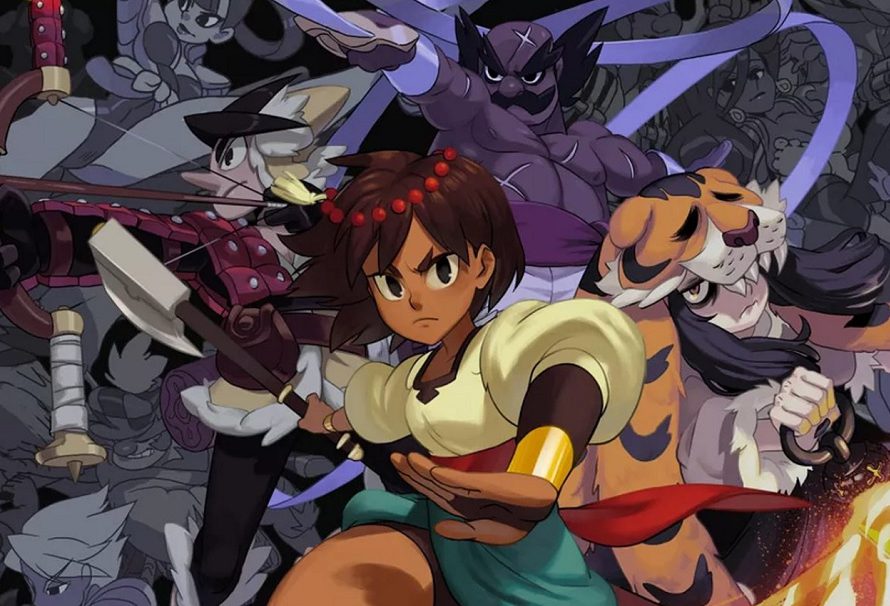 This year has been something of a belter when it comes to good games, and nowhere is that truer than when it comes to the independently developed efforts that chart among the best games of the last twelve months. So without further ado, here are the top indie games of 2019!

With its macabre aesthetic, stunning 2D hand-drawn visuals and gloriously over the top violent spectacle, it’s easy to see why Blasphemous has drawn so much attention.

Look past the grisly veneer of Blasphemous however and a deeper, more sophisticated Metroidvania effort soon reveals itself, as players take control of The Penitent One, a damned warrior that must call on the powers of Heaven to free the tormented souls of an oppressed kingdom. Gore? Check. Pixel-perfect platforming and combat? Check. You know what to do.

9. Bloodstained: Ritual of the Night

An undisputed return to form for one Koji Igarashi, one of the creators of the legendary Castlevania franchise, it’s no stretch to say that Bloodstained: Ritual of the Night is better than anything carrying the Castlevania label to come out of Konami in the last decade or more.

Decked out in beautiful 3D backgrounds and character models set against a 2D plane with the exact same fantastic gameplay that helped cement Castlevania: Symphony of the Night as a classic all those years ago, Bloodstained: Ritual of the Night is essential for anyone looking for their next action RPG fix.

With free time seemingly becoming a more and more precious commodity for most of us, it’s a relief to have games like Cat Quest II that fit snugly into our dwindling slack schedules.

A bite-sized, charmingly realised lite-RPG stuffed generously with enough cat puns to destroy a small country, Cat Quest II is a soaringly endearing romp that can be played a few minutes at a time either by yourself or with a friend.

While you wouldn’t be wrong to infer that the Diablo-like template has been run into the ground in recent years, Children of Morta is very much keen to freshen the whole genre up a bit – and it succeeds too. The key to its successful reinvigoration of the genre is family. In Children of Morta players take control of not just one character but an entire family of heroes who find themselves fighting a grim, seemingly unstoppable corruption.

More than just narrative fluff, not only does each member of the family play entirely differently from one another, but as each develop and mature in power, they unlock family-wide bonuses that can be enjoyed by all their siblings too. Fresh, challenging and ornately realised, Children of Morta is absolutely stellar.

6. Deliver Us The Moon

Everyone likes a good apocalypse right? It helps us to band together and all that stuff, but more than that, it’s all about going off into the unknown in search of hope and salvation and it’s this maxim that Deliver Us The Moon takes very much to heart.

With Earth in the grip of an energy crisis, players are cast as a lone astronaut that must traverse the moon in both first and third person perspectives, looking for clues regarding those who came before as well as trying to figure out how to resolve the Earth’s dire situation. Evoking the likes of 2001: A Space Odyssey, Deliver Us The Moon is a romp absolutely overflowing in atmosphere that takes place in a setting that has none.

A weaponised strain of pure, undiluted cute and whimsy manifested into a video game, Forager is a minimalist, top-down affair that combines the likes of Stardew Valley and The Legend of Zelda to grand effect.

A true labour of love, Forager is effortlessly compelling – sucking minutes, hours and days out of your schedule like some sort of demented time vampire. Like building stuff, upgrading stuff, exploring stuff and killing stuff? Forager is for you.

A galaxy spanning archeology adventure, instead of shooting goons in the mush and stealing twinkly trinkets, Heaven’s Vault is actually an intelligent and sophisticated detective romp that is all about uncovering past civilizations by translating dead languages and appraising long lost relics. With a devastatingly sarcastic android by her side, archaeologist Aliya must traverse the cosmos, investigating long gone alien races as she attempts to locate a missing colleague. Make no mistake, Heaven’s Vault is the good stuff, adventure fans.

As Ajna, a rebellious girl who must fight against the evil threatening her homeland, Indivisible is a visually arresting effort that foundly and efficiently recalls some of the best elements from classic JRPGs.

Of all the games in this feature, none of them can be considered even remotely similar to the blissfully offbeat Mutazione. A relaxing narrative adventure with a heart of gold, Mutazione casts players as teenage girl Kai, who must venture to the eccentric community of Mutazione to care for her ailing grandfather.

Deftly juxtaposing world-scale events with small-town drama, in one moment you could be weathering a meteor impact, while in another, you could be making small talk with loquacious cat creature at a BBQ, Mutazione is the best, most warmly inviting sort of weird you’ll ever likely play.

If you’re one of the many folks mourning the absence of a decent Contra title, then you’ll be pleased to know that Valfaris brings the goods in a way that we haven’t seen for a good decade or so.

Absolutely filled to brim with monsters of varying grotesquerie to murder and a devastatingly powerful arsenal of weapons to do it with, Valfaris is an exceptional side-scrolling platforming shooter that shows us all exactly how a new Contra style game should be done. Oh, and your character does a little headbang when he collects new weapons too, so extra points for that.

Do you agree with our list? Comment below and head over to the Green Man Gaming Community page to see what other gamers have to say.