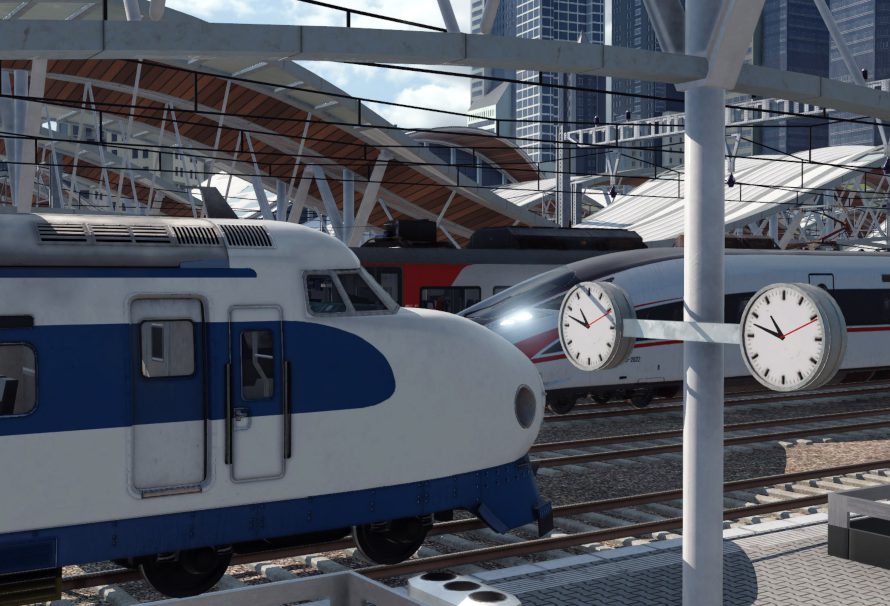 Billing itself as the “gold standard” of transport simulation games, Urban Games’ Transport Fever 2 is fast approaching on the 11th of December for those of us partial to a bit of infrastructure management in this holiday season. If you’re a sucker for a good tram system, this game has you covered, with a variety of different methods of transport to manage and chicane around the environment. Think of it like Civilization, only you’re building an empire of steel and tires rather than land and colonies. In this article, we’re going to talk about the new features coming for Transport Fever fans and the rise of the simulator game in general.

The history of logistics

The best part about Transport Fever 2 is the logistical trouble you can get into and how you can work your way around those issues. The game ranges from 1850 to the present day with its campaigns, including over 200 vehicles available in Europe, America, and Asia. Transport cargo through the arid hills of the Wild Wild West, trains billowing black smoke as you launch your mining empire, then jump right into the present day and set up a sophisticated commuter system.

You can also get involved in the modding scene which will be handled via the Steam Workshop. If you want to make Boaty McBoatface a reality, Transport Fever 2 will welcome your ingenuity. Creative types with a mind for dreaming up wacky methods of transport will be at home here.

Absurdities in the simulation

Elsewhere, simulator games have only been growing in popularity, leading to more and more absurdity which might tickle those who aren’t interested in the other sect of the genre, which is approaching hyper-realism. Of course, there is the apocryphal, eternal Goat Simulator that most have played, but it’s worth considering some of the more fringe games available thanks to a legion of creative indie developers following in its wake.

Whilst Cooking Simulator at first may seem more realistic, it slowly descends into madness as you’re chucking bananas around your workspace, flipping patties and pouring tomato sauce all over your fruit salad. Smash wine bottles into your chicken carbonara and heat fish on a burning cardboard box. The choice is yours. For those wondering about the heights of absurd conflict, check out Totally Accurate Battle Simulator too, which lets you pit one-man armies against legions of elephants, among other ridiculous matchups.

The push for hyper realism

Yet, if you’re looking for more reality-adjacent simulators, it’s worth looking into such titles as PC Building Simulator, a metatextual piece where you dream of having the ultimate gaming rig from the comforts of your nearly-dead current machine. Just make sure you meet the recommended specs… Beyond that we have House Flipper, a popular new entry to the genre that lets you live out the life of a travelling tradesman, sorting out electronics and fixing up filthy homes. Roll your eyes if you want, but it’s hard to deny how satisfying the experience is, even if you’ve never picked up a tool in your life. Of course, you can always rely on the Truck Simulator series if you fancy a chit chat and a drive from Moscow to Glasgow.