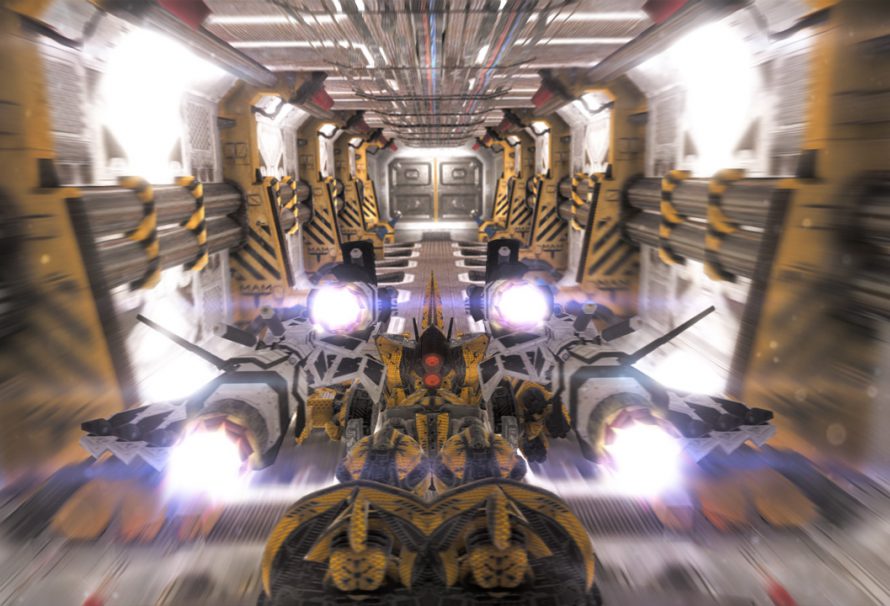 War Tech Fighters! It’s a game, a game about blowing stuff up in space in your giant space mech.

Look if that sentence doesn’t excite you then you’re dead inside, that’s just fact. Sorry, you might need to go see a doctor about your inner dead self, get it removed or something so you can feel joy again.

It’s been in early access for a few months and devs Drakkar have been hard at work bringing new features, bug fixes, and updates to the space smack’em up. So much so that the game might be unrecognisable if you haven’t played it for a few months.

Here’s a look at some of the stuff that’s been added just recently:

This is a big deal for War Tech Fighters, you can now switch from the default 3rd person to a 1st person view as you zoom around the universe, making it more immersive and lending a different perspective to your interplanetary flights. Close combat remains in 3rd person – cos you want to be able to see that giant sword coming, yeah?

It’s space so missiles SHOULD go fast right? They’re deadly and dangerous and that goes for you AND your opponents. Yeah you’ll be blasting your enemies a little faster than before, but watch that you don’t get a missile up the wazoo.

The UI is improving all the time, with new Health and Energy bars now showing next to your minimap. The Drakkar team is devoted to making sure the game is catered to the players, so they’re taking on board info and feedback all the time and implementing small, quality of life improvements like this with every update.

There’s a whole raft of new content in the game for you to discover, explore, fight, and smash your way through.

The best thing about piloting a War Tech is getting to tweak it and upgrade it, and the new upgrades and components you can use to customise your War Tech however you like.

Swords and shields are tweaked a little further with the introduction of perks, meaning your sword can drain energy, or your shield might boost your crits, and much more!

Look there’s just a lot being added to War Tech Fighters every month, and if you hop in to Early Access your voice can be heard and you can help shape this unique space combat game.

Check out what’s new in War Tech Fighters over on the Steam updates page, and remember you can pick up War Tech Fighters right now with a whopping 40% discount, plus an extra 17% off when you use the code GMG17!

Go my pilots, go and ride War Techs into BATTLE