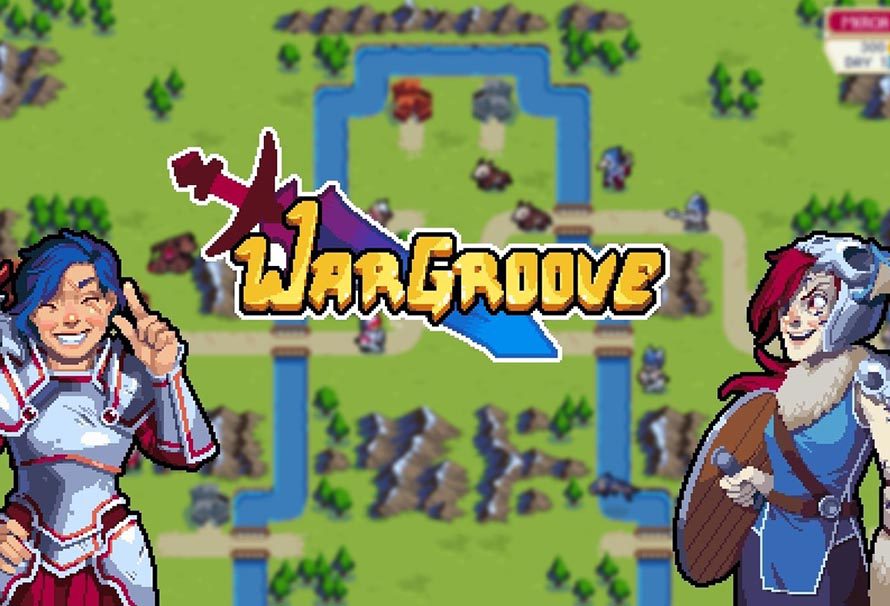 I played Wargroove at EGX Rezzed after following it for months and months. It was another one of those games that promised an Advance Wars spiritual successor, but I’ve been burned before. Into The Breach was looking like the best hope, but that became more of a puzzle game where you have only 3 units per level. The original creators of Advance Wars have moved onto fully supporting Fire Emblem, which again takes the turn-based strategy but gives you a group of heroes with perma-death to fight battles with, fun but no tanks or bobbing infantry being churned out of a factory.

Enter Wargroove by Chucklefish, the London-based developer that brought you Starbound. As I said I got to play a battle at Rezzed and, after being trounced by the AI, it’s safe to say it takes everything we liked from Advance Wars and put a great new spin on it. That spin was mostly tied up with the new commanders and forces. Instead of having 4 factions with different looking tanks, planes and commanders, Wargroove has 4 factions with commanders who fight on the battlefield themselves. Each faction varies based on the fantasy theme it brings to this pixelated, bobbing universe. There’s the nature-based faction where the commander summons a horse beneath them made of branches entwining together, and of course there’s a straight up human faction with your knights and archers. 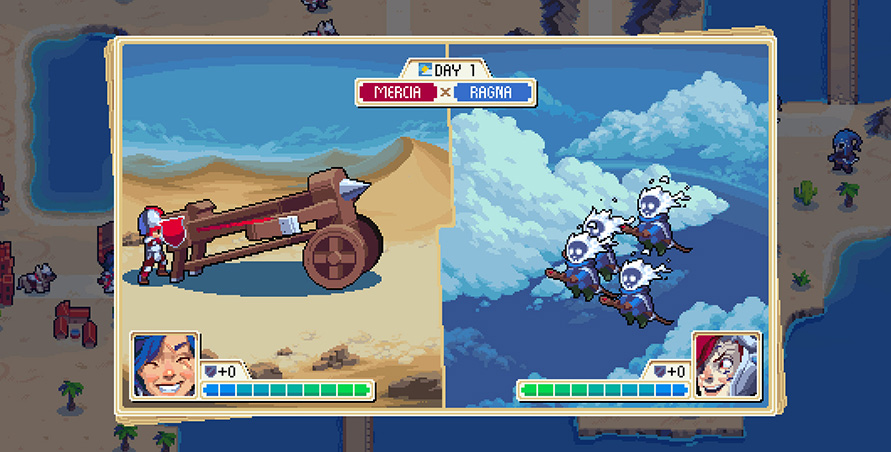 The one I picked was an undead race full of skeletons. Remembering my Heroes of Might and Magic III days, summoning skeletons is the most fun and potentially broken mechanic. Happily the faction leader could forgo his turn to summon skeletons, which were the most basic unit. Unfortunately I was trying to be aggressive and got overwhelmed. As I was finishing up I was already thinking ahead to my next game: should I get to the mid-point and hold the line whilst summoning an unstoppable wave of skeletons? Should I save up for the more elite knights? Maybe there’s an inherent advantage of the faction I can use if I read up a bit more? There was a queue of sorts forming behind me so I had to leave it at that. But I’m convinced – it feels like Advance Wars and I want it.

The Wargroove wiki page has a section ready for Campaigns, so it looks like it will definitely contain story missions for at least one of the factions. The 3 commanders per faction – the ones that are released – look unique and retain that level of personality the C.O.s of Advance Wars had, and I’m hoping that the campaign will ingratiate players to one faction or the other. My friends and I all had our spirit animal C.O.s, and would ‘main’ them in our skirmishes and multiplayer games. Each commander even has their own theme – an integral part to their personality in Advance Wars. Grit’s slow, lazy guitar riffs fitted to his laid-back attitude and long-range specialisation, and Max had a punchy, strong beat to suit his rolling tanks. 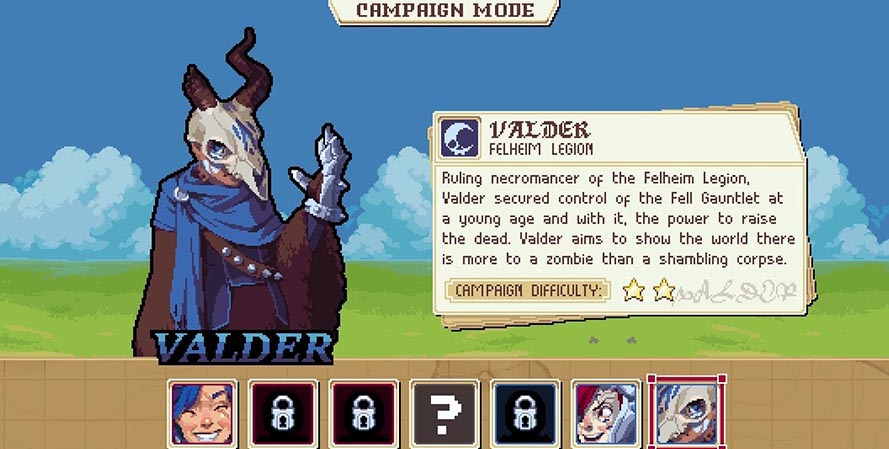 My Gameboy Advance SP that I got when I was 13 has followed me around the world and back and still lives in my drawer, still ready at a moment’s notice. There’s only one game that sits in it though, and that’s Advance Wars 1. Now perhaps finally there’ll be a reason to retire it for good, or at the very least not be too sad if it finally dies. With Wargroove coming to PC, PS4 and Switch, there’s plenty of ways to play, mobile or otherwise, and I can’t wait.