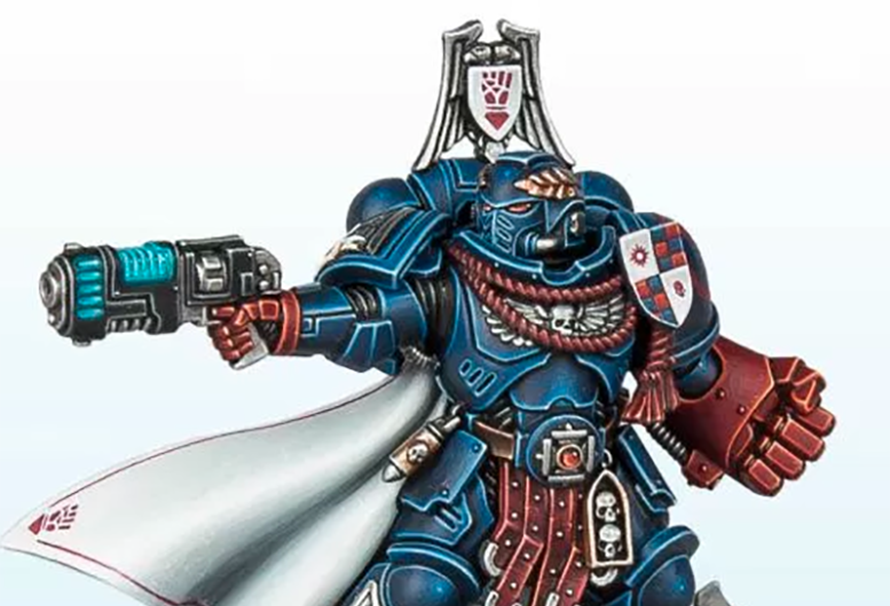 Every other Thursday at Green Man Gaming there’s a group of us who sit down and play some Dungeons and Dragons. The other Thursdays, we have epic battles of massive proportions between futuristic races of super-powered men, horde-like or intelligent alien races, or humans corrupted by the forces of Chaos.

If you like the sound of the latter, then check out our tips for getting started in Warhammer 40k. If in doubt, do it for the extra stamp on your Nerd Card.

So how much about Warhammer do you actually know? A lot has changed in 38,000 years. So where do you start? To find out how humanity is going, check out this incredibly short primer. Most of the lore is split between 30,000, otherwise known as the Horus Heresy, and 40,000 itself. If you’re interested in seeing how humanity has fallen and split entirely, check out the HH novels. If you want to see them in their corrupted and grim-dark glory, go for 40k. After all, you don’t want to go wandering into this huge universe without a clue what’s going on.

You can see all the playable factions right here on the official website. Give them a look through and see what takes your fancy. Each army has a different feel to how they play, and some are a lot tougher than others. It’s kind of like starting at a new gym, you’d want to know all the equipment and facilities before going, right? Things that are space marine-esque will be the easiest to play, since they have above-average stats, understandable army organisation and straight-forward weapons. Plus there are many variations and flavours, ranging from your standard Ultramarines, to the feral Grey Wolves and rotting and zombified Death Guard.

If you want something a bit different though, and want hordes of units on the battlefield, consider the Imperial Guard, or Tyranids and Orks. You’ll have many many units of little strength but their numbers can overwhelm your foes. If you would prefer smaller, more elite armies, consider the Aeldari factions, or the Adeptus Mechanicus. Weaker in body, but heavily armed and specialised units and big robots.

And then you have to think about whether you want to have a strong ‘shooty’ army or an army that specialises in mincing up the enemy in melee. You can strike a balance but some factions will heavily lean towards a certain path. Once you’ve made a decision, pick up the faction’s codex to learn all about their history, their units and their strategies.

Be realistic about the commitment

So here’s the bad news. Warhammer isn’t a cheap hobby. It’s more expensive than playing games, card games, but thankfully not golf. You can get the units that you want, paint them up as basic as possible, and play with them for a minimal cost, OR, you can buy all the paints, brushes, boxes, special edition models and scenery for the full bankrupting experience. The cost is a spectrum, as is the time commitment. It’s like the gym, but cheaper and less embarrassing. You can field your boys in blank plastic, or even use coke cans and write ‘space marine’ on them. But realistically, you’ll want to paint them up to a decent standard, have a decent sized army for some variation, and all the required rulebooks. Just be prepared to sink some money into it. But don’t worry, it gets easier to part with that cash. And there’s always Ebay.

I mentioned wanting to paint things to a certain standard, but realistically you’re probably going to be bad to begin with. But don’t worry, every time you make a mistake, or you make a space marine look like a badly painted garden fence, you’ll learn for next time. The best feeling is comparing your first and most recent model and beaming with pride at your skills. Saying that, unless you want to spend days painting – and risk burning out on the hobby – pick and choose which models you want to go full effort with, and which ones you can say ‘that’ll do’. For example, in my Death Guard force, my leader Typhus got a whole weekend’s worth of lavishing to get him looking spectacular. The Poxwalkers he surrounds himself with? I pretty much dipped them in the paint pot. Because they die so fast and no-one is going to admire them up close. I don’t feel bad. It’s like when you skip the treadmill at your new gym, people will understand.

Don’t sweat the rules, but learn the rules

The 40k rulebook is colossal. But don’t worry, the important rules are actually pretty short. Don’t expect to learn them all from reading the manual, the best thing to do is set up little pretend battles and play out the rules. Once you see them in action, they’ll make sense. As long as the main phases of battle are familiar to you, 90% of the game will go swimmingly. Like when you learn to stick to the lanes of the swimming pool at your gym and stop head-ramming into that poor old person every time.

Also, your faction will have different stats and abilities to your opponents, and it’s your job to know them. We trust each other to not cheat, even if it’s by accident. As mentioned, factions like Aeldari have so many special rules, you’ll definitely need a cheat-sheet. I’ve played quite a few games now, and even I forget regularly that I can get an extra attack for every roll of a 6 in the fight phase against Imperial factions. Yes, there are many rules like that. Your first games will take some time but they’ll speed up as you’ll know what dice to roll off the top of your head.

Sadly, you can’t play Warhammer on your own. I mean, you can, it’s called Dawn of War, but you can’t use your lovely painted boys. It’s kind of like starting at the gym, you want a buddy to keep you on track, keep you motivated, and stop you spending way too much money (or more, if you’re slacking). You can share painting achievements, battle reports, and argue about whether Emperor is the saviour of mankind or a heretical bag ‘o’ bones. You’ll also need someone to play with, so it’s handy to have one of those!

Like the best gyms, your Friendly Local Gaming Store will be the best place to express feelings about your new hobby. Don’t go around with ‘normal’ people talking about the battles of the 41st millennium and your new technique for painting power axes, you need to find those who get it. Also this will be your primary place of play, since they’ll have tables available to play on with lovely scenery which will make you feel a bit more legit. Just remember to learn your own rules, and shake hands with your opponent after you crush them. Buy them a Monster Energy Drink, or something.

For some, different versions of the hobby will be more appealing for different reasons. And as there are different ways to work-out that makes people hate you, like Cross-fit, so too Warhammer has alternatives. The biggest would be Age of Sigmar, the new version of Warhammer Fantasy. With simplified rules, fantasy units and a broader definition of what an army can consist of, AoS has a lot to offer. If you don’t mind trading off balance for fun and speed, it would be worth considering. This is also the only place to get races like Skaven, vampires, lizardmen and walking trees. I myself have a small AoS army and it can be a great way to mix things up and be less stressed about how many points that one bolt-pistol costs.

I hope you’ve found these tips useful, and are at least considering taking out a loan to buy some plastic men very soon. If you want to chat about more things Warhammer, head over to the community why don’t you?