Forza Horizon 3, the open world racing game developed by Playground Games and published by Microsoft, has been updated to show adverts for Forza Motorsport 7.

NeoGAF user Lichter recently launched the game, and was presented with a video which played advertising for Forza Motorsport 7.

An example of the advert can be seen here: 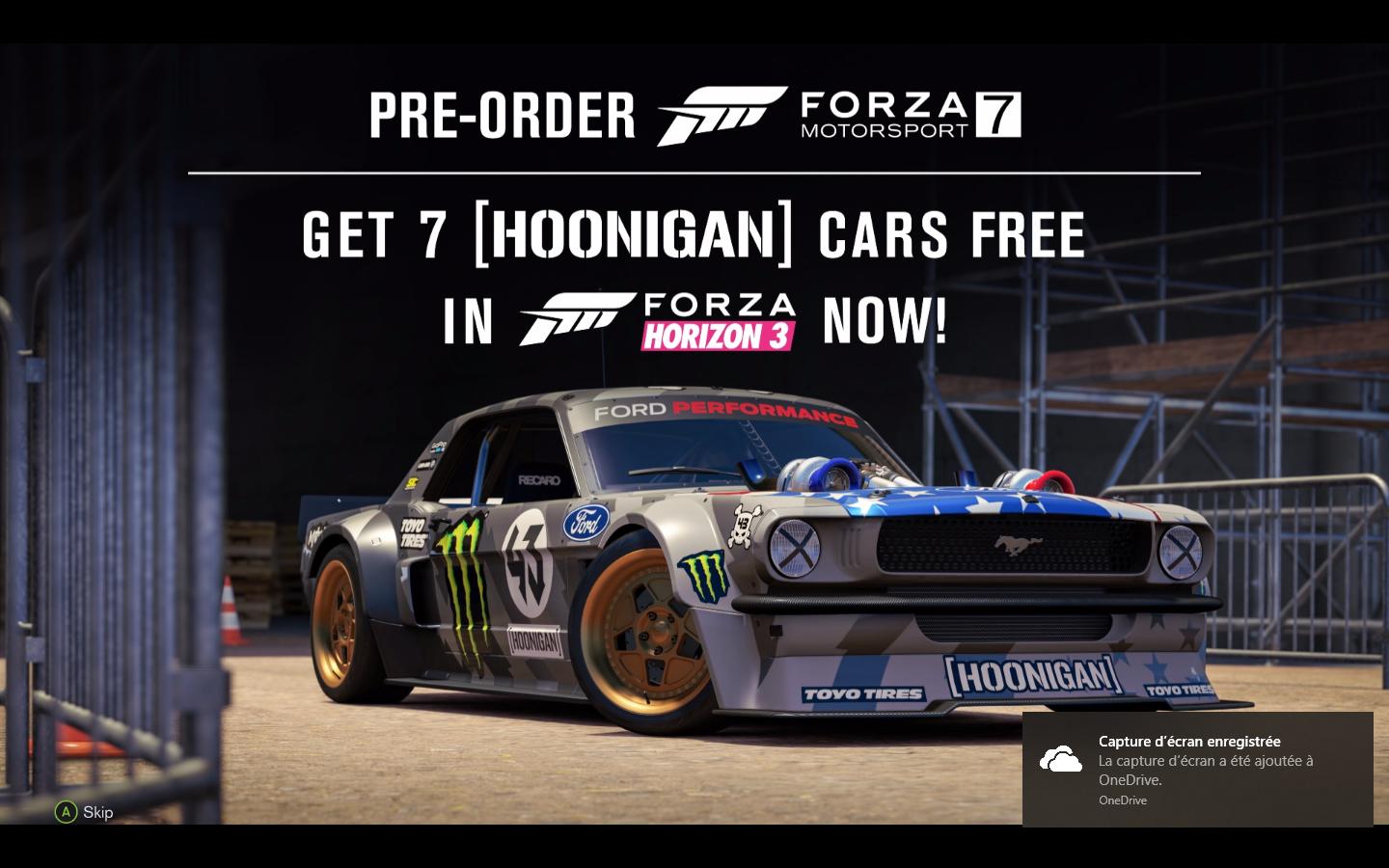 Lichter does note, however, the advert in question was skippable.

This has also been reported on the Forza Motorsport forums, noting that adverts also play advertising DLC and expansions for Forza Horizon 3.