The weapons and gadgets you can use in Prey (2017)

As you’re thrust into Prey and the increasingly darkening reality of main character Morgan Yu, the good news is there are a series of powerful weapons waiting for you on board Talos 1. The bad news? You start of with a wrench.

Before we take a closer look at the prey weapons, which are seriously cool and a nice change from the average weaponry range in some first person shooters. Let’s take a look at some of the more advanced technology that you can use at later points in the game to craft resources for your weapons. 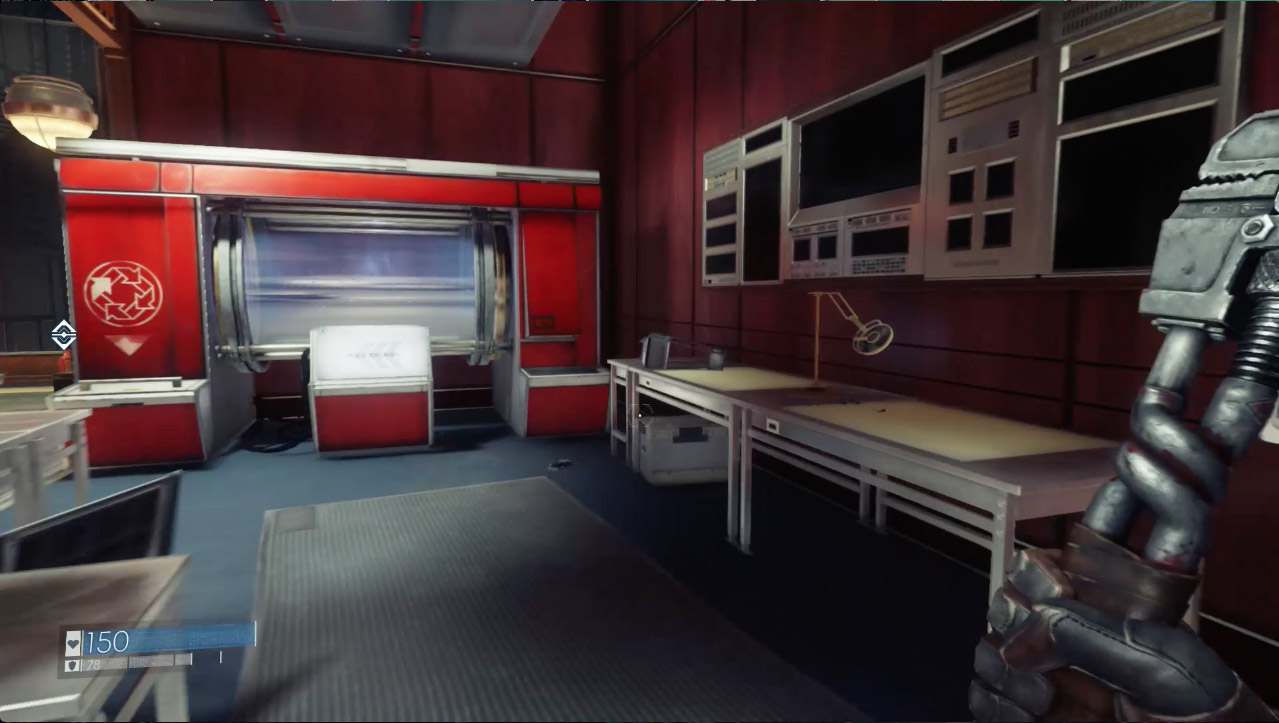 The Recycler – Converts scrap and rubbish you pick up along the way into helpful resources.

Prey forces you to be smart and decisive with your weapon choice and adapt to different scenarios and enemies. Know when to pick your battles! So here’s what you’ve got on hand to make the brutal moments a little less brutal. 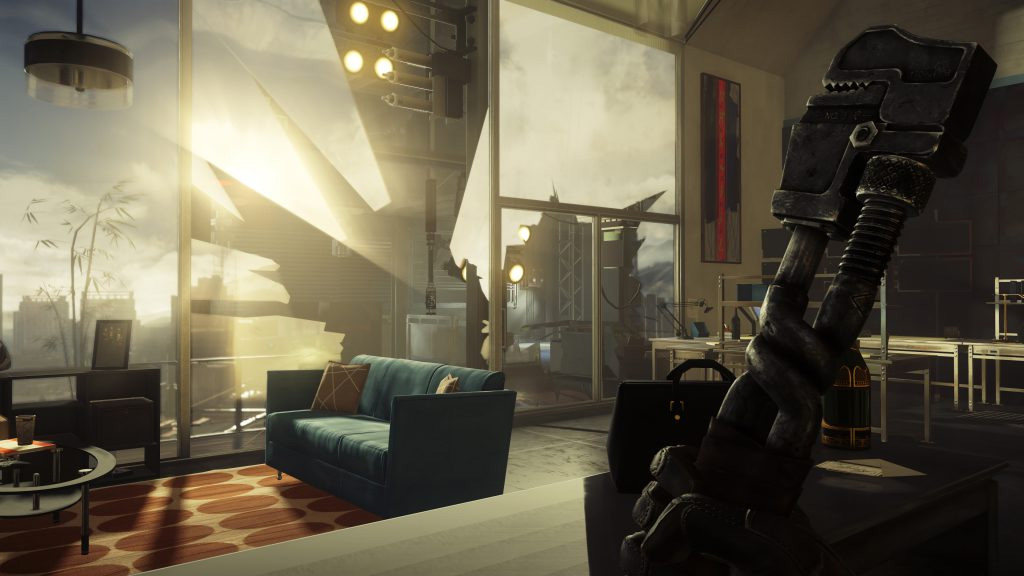 As simple as it sounds, you begin with a wrench, because they wouldn’t want to make it too easy would they? The wrench is great when paired with the Gloo Cannon…

A versatile tool, which is quick and handy. Stick enemies and then smash them with the wrench to finish them off for good! You can also use the Gloo Cannon to climb walls. Try making a path from the floor to an upper ledge, voila! 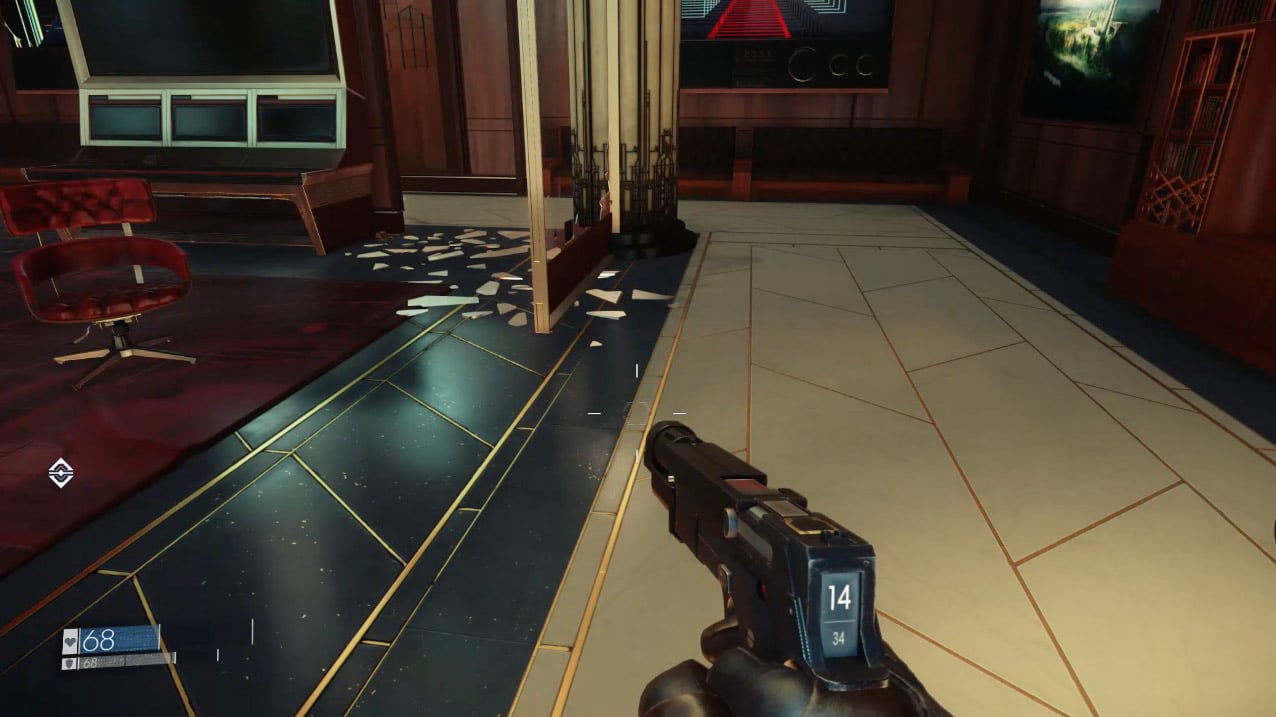 One of the average but very necessary weapons on board Talos 1 and part of Morgan’s kit, don’t underestimate the pistol. 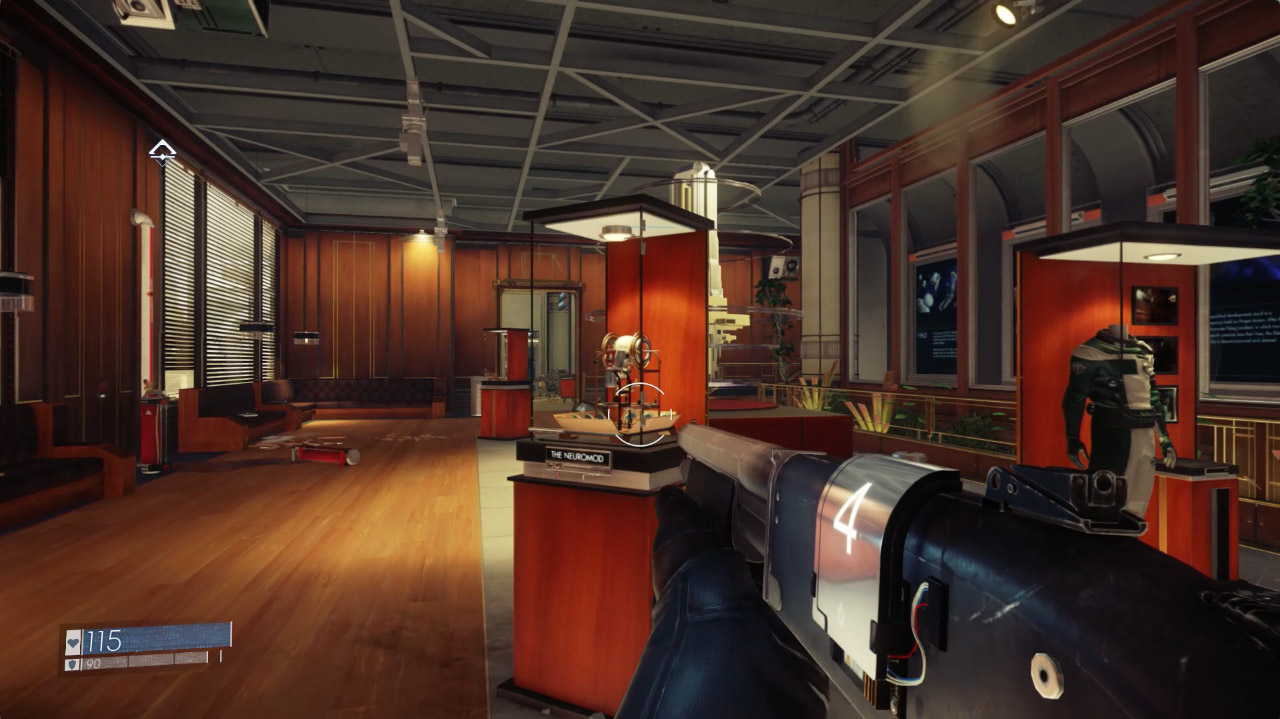 One of the first guns you’ll have access to, it’s powerful yes, with a good range, but slow rate of fire. Again, paired with the Gloo Cannon, you’ll be laughing!

A glorified nerf gun, this seemingly deadly crossbow is not so deadly and acts as a distraction device on the Typhon.

You’ll pick up gadgets a little later on in the game and they’ll be your saving grace when it comes to large hordes of Typhon and boss fights.

My favourite of the grenade like gadgets, the Recycler Charge is so handy in sticky situations. I used this in a boss fight and once thrown, it pulls in everything in radius to it, including Typhon, and outputs the scraps as recycled materials.

If you’re up against a large group of Typhon, or just stuck in a corner, the Typhon Lure is great to lob in the opposite direction. The Typhon will swarm to the device and then you can execute your plan of attack. When paired with the Kinetic Blast, a powerful Typhon ability that covers a wide radius, the Typhon Lure is when you hit panic stations.

The Psychoscope is an essential piece of kit to gain Typhon abilities. In order to learn what abilities you can use your neuromods on in your Typhon ability skill tree, you must at first, scan the alien enemies and learn all about them. The more that you scan, the better understanding Morgan Yu will have about the Typhon and it will be easier to progress.

The weapon upgrade kit will allow you to take the basic weapons you pick up along the way and slowly adapt them into the weapon of your dreams, so you can play the way you want. Whether that means adding a silencer to a pistol for stealth or improving the rate of fire in your shotgun to increase the time it takes to reload, the choice is yours.

Prey 2017 is set in space after all, so an important object that you’ll fabricate early on in your journey throughout Talos 1 is the Artax Propulsion System, which will allow you to navigate through zero-G environments both within and outside of the space station.

The TranScribe is your inventory system, which is standard issue to all TranStar employees and an object you start the game with. You’ll use this throughout the game to manage your inventory and skill tree, as well as having access to a map of Talos 1 quarters.

Excited about playing Prey, check out the first hour of Prey gameplay and which special abilities you can take on as Morgan Yu!